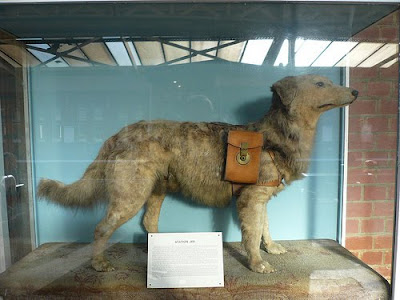 This somewhat shabby canine gentleman is known as Station Jim. From 1894-1896 he collected funds that went towards charities for needy railway workers, or the orphans of those employees who were killed in the days of steam trains.

Based at Slough Station in Berkshire, on the Great Western Line from Paddington, Jim can be found on Platform 5 where his glass case has a collection slot ~ still raising funds from doggy heaven. 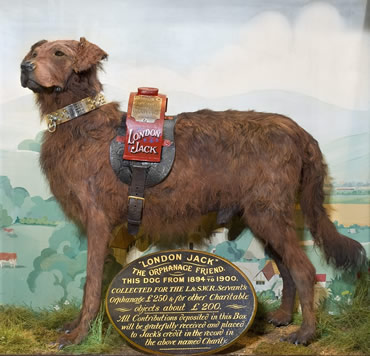 This noble fellow is London Jack. He worked at Paddington Station from 1894-1900.

Jack raised more than £450 during the course of his lifetime. Like Jim, he went on to collect even more when he was dead and his body then stuffed. Today, Jack can be seen on display at the National History Museum in Tring which contains many other examples of nineteenth century taxidermy.
Posted by Essie Fox at Tuesday, August 08, 2017