CHAMPAGNE CHARLIE AND THE GREAT VANCE 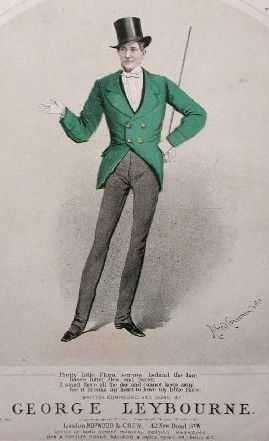 George Leybourne was born in Newcastle in 1842. Often called Joe Saunders, he began his working life in the role of a labourer. But, with such good looks and a fine baritone voice, when he eventually travelled to London he transformed himself into the very first superstar of the London music halls.

His career really took off when he met the composer Alfred Lee, when together they wrote such successful songs as That Daring Young Man on his Flying Trapeze, based on the acrobat, Jules Leotard.

But, a song called Champagne Charlie brought the greatest wealth and fame, when George Leybourne, as he was then professionally known, was sponsored by Moet and Chandon, appearing on stage as a West End swell - very elegant in his top hat and tails, carrying a silver-topped cane, and waving a bottle of champagne. But, life imitated art a little too closely in this case. George was often warned by the law for being too lewd and suggestive and, at the age of 42, he died in penury, exhausted from his schedule of work, and also rumoured to be suffering from the excesses of alcohol.

At the height of his fame, George had an arch rival. The Great Vance was another 'Lion Comique' who also performed boisterous drinking songs and was sponsored by Cliquot Champagne. But the competition did not end there... 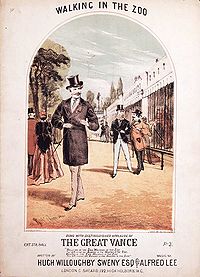 When Vance had a great hit with 'Walking in the Zoo,' (his shortened slang term for the Zoological Gardens, then coming into common parlance), George answered with 'Lounging at the Aq', inspired by the London Aquarium. 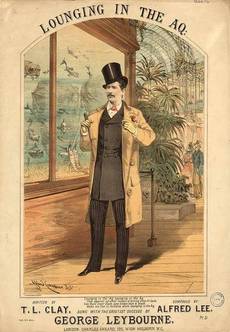 If you want to hear some of the songs, you can watch Alberto Cavalcanti's film called 'Champagne Charlie', which was made in 1944, and which starred Tommy Trinder as George and Stanley Holloway as The Great Vance. 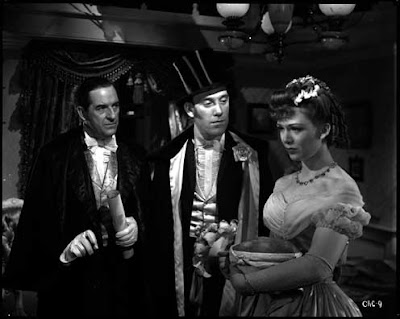