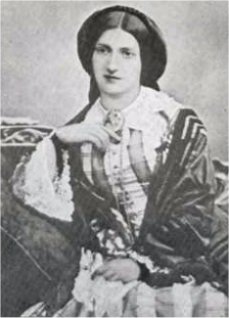 Isabella Beeton (1836-1865)
The VV always imaged the author of Mrs Beeton's Book of Household Management to be some middle-aged, crinolined dragon who bustled around a steaming range, her cast iron ringlets trembling as she waved a wooden spoon in the air - simultaneously jotting down recipes. 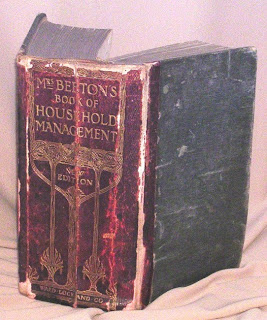 It was quite a surprise to discover that the woman who penned this great tome of domestic advice did so between the ages of 21 and 25, and with very little expertise. Her first recipe for a Victoria sponge cake made no mention of using eggs!
In fact, when Isabella  married Samuel Beeton, a publisher of books and magazines, she had no desire to stay at home, preferring to commute to Fleet Street each day where she worked as a journalist on The Englishwoman's Domestic Magazine, translating French novels to serialise -and doing a marvellous cut and paste job of compiling other people's recipes and hints to produce a regular supplement.

Ever the entrepeneur, Samuel published his wife's work as a book, the original version of which boasted 1,112 pages. There were 900 recipes, many with lavish colour engravings. There were reams of instructions regarding the well-run family house, with information for the Mistress, Housekeeper and Cook, the Kitchen-Maid and Butler, the Footman, the Coachman, the Valet, the Upper and Under House-Maids, the Lady's Maid etc etc. And, should you be lost for Sanitary, Medical or Legal advice, Mrs Beeton had something to say on it all, not to forget fashion and childcare, animal husbandry, the use of poisons, science and religion - everything pertaining to the ideal family home and its comforts.

She even discussed the selection of friends, warning of gossips, who should be avoided as a pestilence. But then, Isabella had good cause to be wary of wagging tongues.

Professionally, she accomplished a great deal. Privately, her marriage to Samuel appeared as an ideal of romance - albeit somewhat progressive. They had known each other since childhood, both being raised in Milk Street, in the London area if Cheapside where their mothers had been firm friends, a relationship that continued even when the families moved apart, resulting in the couple's later reintroduction. 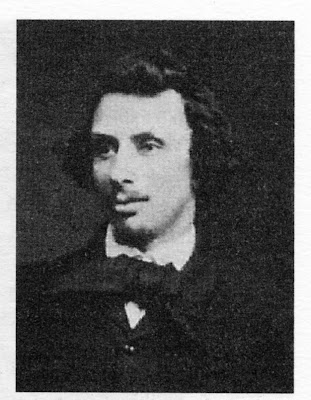 Samuel Orchart Beeton (1831-1877)
But, like many other young men at the time, the undoubtedly attractive Samuel was a regular client of prostitutes - and like many young Victorian brides, Isabella received the honeymoon gift of being infected with syphillis. The disease led to tragic consequences - all of which could have been prevented today by the use of antibiotics.

Isabella had several miscarriages. Two of her sons died of related complications - one at 3 months and one at 3 years. Isabella died at the age of 28, following the birth of her last child, suffering from puerperal fever which was thought to have been caused by the attending doctor having failed to wash his hands.

Samuel died twelve years later at the age of 46, but not before ensuring that Mrs Beeton's myth lived on - promoting his books as the work of a middle-aged housewife, and thus creating the publishing phenomenon which is still being sold today.
For further reading, the VV recommends Kathryn Hughes' book, The Short Life and Long Times of Mrs Beeton. 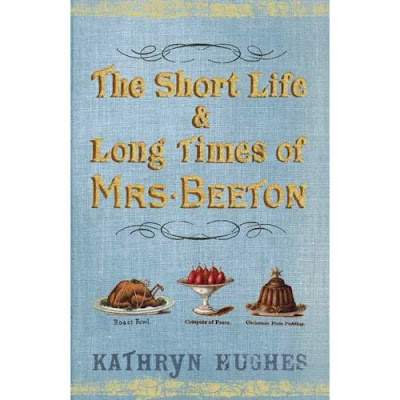 The book was adapted by the BBC in the excellent dramatisation, The Secret Life of Mrs Beeton.

Anna Madeley as Isabella Beeton
The following links may also be of interest:
http://www.mrsbeeton.com/
http://www.gutenberg.org/etext/10136
Posted by Essie Fox at Wednesday, November 25, 2009