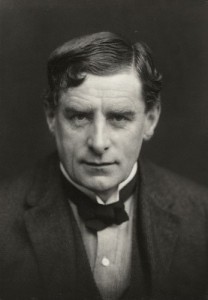 In her book, Portrait of a Killer, Jack the Ripper: Case Closed, the American author,Patricia Cornwell, claims that Jack the Ripper had been none other than the artist,Walter Sickert: a dominant figure in 19th century British Impressionism.

Having amassed a fortune with her Kay Scarpetta novels, Cornwell spent £2,000,000 buying up several of Sickert's paintings, his letters, and his desk. She hoped to prove the artist's guilt by linking his DNA with that extracted from letters supposedly penned by the Ripper. In her efforts to secure forensic proof she cut up one of Sickert's paintings - an act that resulted in nothing more conclusive than public outrage and derision.

She did succeed in matching the watermark on Sickert's personal stationery with that used by the author of the famous Ripper letters. But, as those letters were considered to be hoaxes, her detective work only proved the fact that Sickert may have been a perverted trickster.

A BBC Omnibus Special was screened in 2002 and covered Cornwell's research into the identity of Jack the Ripper. You can watch it here. Not for the squeamish.

However, Cornwell was not the first to link Sickert to the Whitechapel murders. Others - tipped off by none less than Sickert's illegitimate son, Joseph - suggested that the artist was involved in the slayings as part of an elaborate hoax to protect Queen Victoria's dissolute grandson, 'Eddy', the Duke of Clarence, from the scandal of being involved with a working girl. 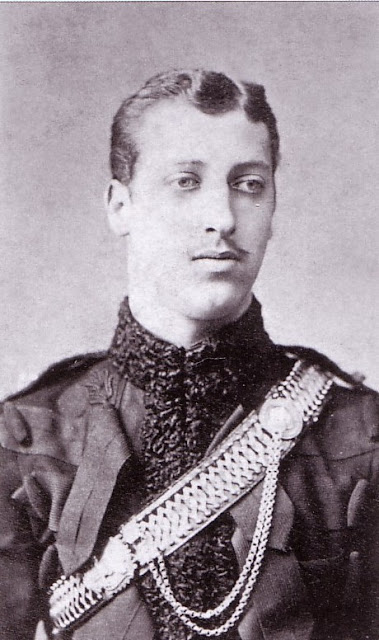 Eddy - the Duke of Clarence

Cornwell's theory was more directly inspired by the artist's work. And, it is true that Sickert's depictions of the female nude were bold and provocative images where human flesh could resemble raw meat. 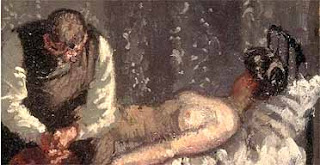 In a series of paintings based on the murder of a Camden prostitute, Cornwell claims that the bodies have eerie similarities to those of the Ripper's victims. 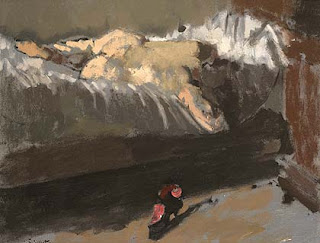 It is certainly true that Sickert developed something of an obsessional interest in the Ripper. Around the time of the murders he rented a studio in East London and claimed that his lodgings had also been used by the Ripper - though how he could have known such a thing when the murderer's identity was never exposed is a mystery. Sickert's representation of that room is dark and sinister- and perhaps the pink slash of paint on the floor is meant to suggest more than simply a shaft of light. 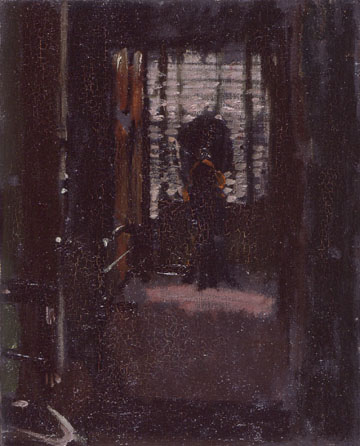