VICTORIA WOODHULL: THE FIRST WOMAN TO STAND FOR THE PRESIDENCY... 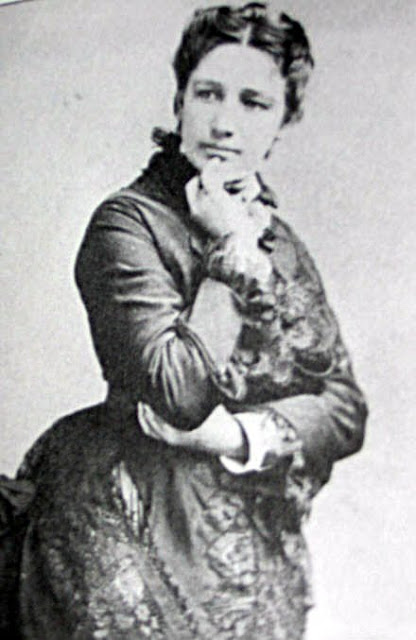 The VV has been musing on the life of Victoria Woodhull – who was (although few have heard of her now) the very first woman who made a bid to stand for the American presidency, as far back as 1872.

Not that her attempt met with success. At that time women had no legal vote and, on the day of Grant’s re-election his female rival was safely imprisoned on charges of libel and pornography. But, what had preceded such ignominy?
Victoria's was a sensational life.  She was born in Ohio in 1838 and during her early years was part of the family's travelling medicine show. Always having a talent to draw a crowd, the little girl would preach and tell fortunes, even claiming the power to cure all ills while her father – the one-eyed Reuben ‘Buck’ Claflin – stood at the back of his wagon and sold bottles of his opium-based Life Elixir. 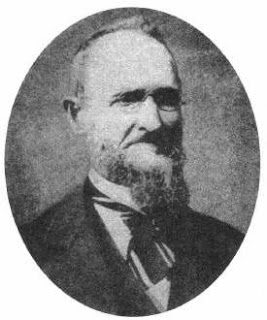 At the age of fourteen Victoria fell ill, driven to the point of exhaustion after being deliberately starved by Buck as a means of enhancing  her spiritual ‘visions’. She later claimed that her father had sexually abused her when he was drunk, even trying to sell her as a whore. But then, during her convalescence, she was wooed by another shameless fraud: the apparently well-to-do doctor who was known as Canning Woodhull.
Canning, who was then twenty-eight, asked for Victoria’s hand in marriage, which offered the girl a means of escape from her father’s tyrannical grasping ways. But, once again she was misused. Her ‘Doc’ was no more than a worthless quack, an opium addict and womaniser. Unable to support his child bride, he was so drunk at the birth of their son that Victoria very nearly died, and blamed her husband evermore for the boy’s severe mental impairments.
When contemplating returning to Buck, Victoria came to realise that her place in the family ‘enterprise’ had been usurped by her sister, Tennessee. So, with husband and idiot son in tow she made her way to San Francisco ... where she hoped to realise a dream.

As a small child, Victoria claimed to have had a vision in which the spirit of the Greek orator, Demosthenes, foretold of a glorious destiny in which she would grow up to lead the American people – a position that she was destined to hold in a city of water, and ships, and gold.

San Francisco seemed to fit the bill, being the scene of the gold rush and also a sea port town. But dreams of success were soon to be crushed. While Canning spent every cent he owned in opium dens and on prostitutes Victoria was left with little choice but to support her family, working as a cigar girl in a bar, as an actress, and probably a whore.
Returning at last to Ohio, rather than joining Buck’s latest venture (running a dubious hospital from which he advertised himself as ‘America’s King of Cancers), along with her sister Tennessee, Victoria worked as a spiritual healer – though many have since come to suspect that the sisters also provided a somewhat more physical sustenance. 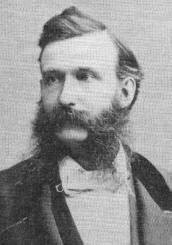 While in such trade Victoria met a certain Colonel James Harvey Blood; a glamorous civil war hero who shared her belief in ‘other realms’ and who also supported her ‘destiny’ as a future ruler of America.  Leaving his respectable life behind, as well as his wife and daughters, he joined Victoria and Tennessee when they set out to make their mark in New York – another city of gold and ships.

At first, times were very hard and the sisters' spiritualist business was bolstered by the selling of contraceptive devices to the prostitutes. Meanwhile, Blood was often absent, spending time with his brother’s newspaper business and learning the tricks of that trade – with the publishing of pamphlets and magazines deemed to be a vital means of spreading the word of Victoria’s aims when she set her cap at the presidency. 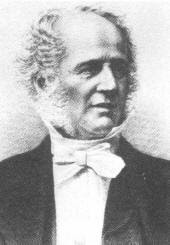 Before that, the bad penny Buck Claflin turned up. Having heard that the widowed Cornelius Vanderbilt – then the richest man in America – was seeking the services of mediums, he contrived a means of introducing his daughters to the gentleman. Matters rapidly progressed. Victoria became Vanderbilt’s personal  medium with ’the ‘spirits’ offering financial tips which, in reality, were gleaned from gossiping bankers in brothels. Tennessee became Vanderbilt’s mistress – a natural progression of events after performing her ‘magnetic healing’ and curing the 'old goat's' niggling complaints. 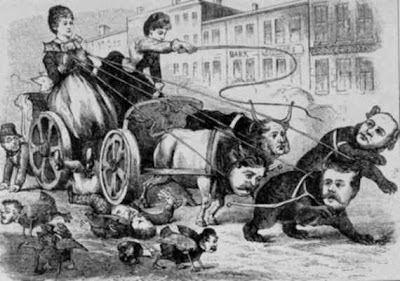 Generously rewarded, the sisters caused a public sensation by going on to set themselves up as Wall Street’s very first female brokers - an enterprise that brought further wealth.

With the aid of Colonel Blood, they then founded a spiritualist newspaper. Woodhull & Claflin’s Weekly became their political voice – a voice that reached a great many ears, for the religion of Spiritualism was at that time one with a massive following, and it also offered a platform from which women could express their views. 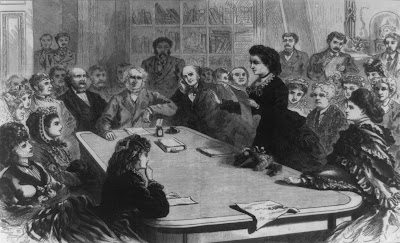 Holding spectacular salons, Victoria was soon courted by the Women’s Movement who supported her bid for the presidency. She lectured to enormous crowds, usually under the popular banner of universal suffrage and equal rights. She even travelled to Washington where she was to petition the House at a Judiciary Committee in 1871. 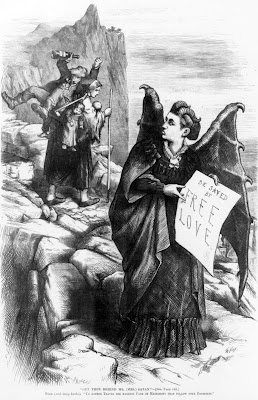 It was all going rather well until the plans started to fall apart. With Buck’s criminal antics raked up by the press along with tales of her dubious past, ‘The Woodhull’ was soon being demonised as no less than ‘Mrs Satan’. A crippling series of court cases followed which led to her being sued and imprisoned time and time again. And her outspoken thoughts regarding 'free love' went on to cause yet more offence when it was revealed that she'd had an affair with the press man, Theodore Tilton. 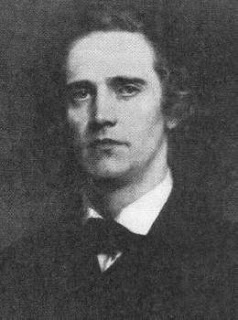 It was a complicated liaison. Tilton's wife had been sexually involved with a popular married clergyman whose name was Henry Ward Beecher. Beecher in turn had sworn to support Victoria's political campaign, but when the man had second thoughts Victoria then sought revenge by exposing his adultery, only to find herself immersed in the ‘Trial of the Century’.

Beecher was to emerge unscathed, but the Tiltons were socially disgraced, and Victoria had been portrayed as a promiscuous pornographer. Her life and ambitions were ruined – politically, personally, and financially. 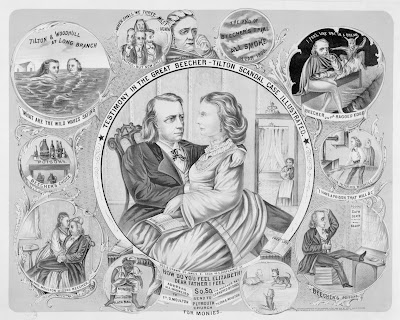 It was Vanderbilt who brought some salvation. When the old man died his heirs were keen to hush up the millionaire's immoral past. Victoria and Tennessee were given a generous settlement and with this they travelled to England, settling in London - another city of gold and ships in which they then reinvented themselves. Leaving their lovers and scandals behind, along with all dreams of the presidency, they still attained some degree of success. 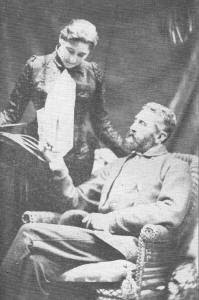 Victoria and John Biddulph Martin - happy and 'respectable' at last

Tenessee married a viscount and was afterwards known as Lady Cook. Victoria married John Biddulph Martin, a bachelor merchant banker and a man of considerable personal wealth. When widowed she was heartbroken, withdrawing to the Martin's country estate. But she  didn't  exactly give up on life! She became a passionate motorist, and founded an agricultural college dedicated to training women. She also funded a village school, and a famous country club – at which even Edward, the Prince of Wales, was said to be a visitor. 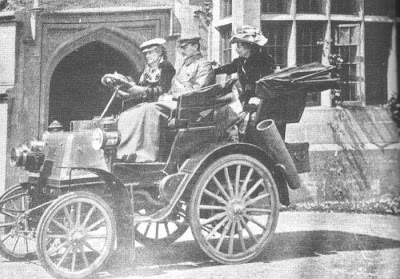 The VV wonders how Victoria felt when, at the age of eighty, universal suffrage was finally won – when the 'modern' world had all but forgotten the woman who'd caused a national sensation, after which she was known as the wife of the devil, and all but in exile when she died.

In her own way, and by her own means, Victoria Woodhull achieved a great deal. She was one of those brave Victorians who lived in a time when a woman was seen as no more than a man's possession. She paved the way for equality – though who knows if her ultimate hope will come true, when a woman will stand in the White House as the President of America.


For a related post: THE TRIAL OF THE CENTURY


The VV has hardly scratched the surface of Victoria Woodhull's amazing life. Should any readers wish to investigate further there is a wealth of information on the web. As far as books are concerned, Other Powers by Barabara Goldsmith is an excellent resource which gives a full and well-researched view of  relevant historical events at the time. Mary Gabriel's Notorious Victoria is another fine investigation. And, for younger historians, Kathleen Krull's A Woman for President is a good starting point which has the added bonus of being brought to vibrant life by Jane Dyer's watercolour illustrations.