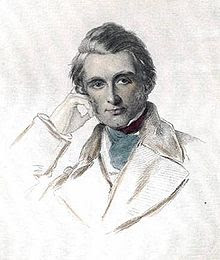 John Ruskin (1819-1900)
There is so much to say about John Ruskin's life and work that is admirable, still influencing the way we view art, architecture and social thinking today. But, to her shame, the VV is here to perpetuate some gossip regarding his personal life, her only defence being that the following tale is related to a previous post about his marriage to Effie Gray.

For a man whose interest in the physical side of marriage appeared to be non-existent, it is interesting to investigate how he came to marry Effie Gray - an attractive and lively young woman whose charms had inspired several offers of marriage and led to some broken hearts.

John Ruskin's interest first began was Effie was a child, their parents already being acquainted and often sharing time together. Ruskin became very fond of the girl and when he was was twenty-one and Effie only twelve she inspired him to write a fairytale. The King of Golden River was published in 1851 and became a Victorian classic. 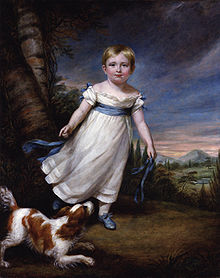 John Ruskin as a child
There is some evidence that much like his friend Lewis Carroll, Ruskin simply felt more at ease in the uncomplicated and innocent company of the young, perhaps reliving his own happy childhood through them. 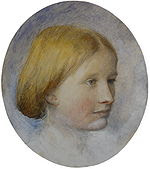 Ruskin's portrait of Rose la Touche
But  it was Rose La Touche, first met when she was nine years old, who eventually won Ruskin's heart. Engaged by Rose's family as a tutor, Ruskin was to write, "...in the eventful year of 1858, a lady wrote to me from - somewhere near Green Street, W., - saying, as people sometimes did, in those days, that she saw I was the only sound teacher in Art...that she wanted her children - two boys and a girl - taught the beginnings of Art rightly; especially the younger girl, in whom she thought I might find some power worth developing."


Ruskin and Rose became very close and when not together they wrote several letters. She addressed him as St Crumpet. He eventually proposed marriage in 1868 by which time he was almost fifty and Rose was but eighteen. However, concerned about Rose's future happiness, her family wrote to Effie Gray Millais to enquire as to the truth surrounding the scandal of her own marriage to Ruskin. Effie's response was to suggest that such a marriage should not go ahead, and whether it was this influence or other religious differences, Rose finally turned the proposal down. 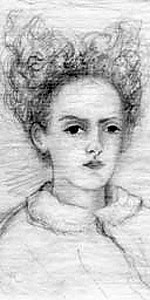 Rose la Touche on her deathbed by Ruskin
The result was great unhappiness. Rose died at the age of twenty-seven having been placed in a nursing home by her parents who feared their daughter had gone mad. The tragedy of her death led to Ruskin's despair and deterioration. During bouts of insanity he became quite convinced that the Renaissance artist, Carpaccio, had included Rose's portrait in his paintings of Saint Ursula. He also employed the services of mediums to contact Rose's spirit.

Whatever misery and pain had been caused to Effie Gray during her marriage to Ruskin, it would seem that he paid the heaviest price. Effie's revenge was a dish served cold, but a dish of the utmost potency.


If you would like to read more about Effie, Ruskin and Rose la Touche, the VV can heartily recommend Suzanne Fagence Cooper's book: The Model Wife: Effie, Ruskin and Millais which is described in more detail in this related post.
Posted by Essie Fox at Sunday, November 28, 2010