FROM JEWEL BEETLES TO FAIRY WINGS... 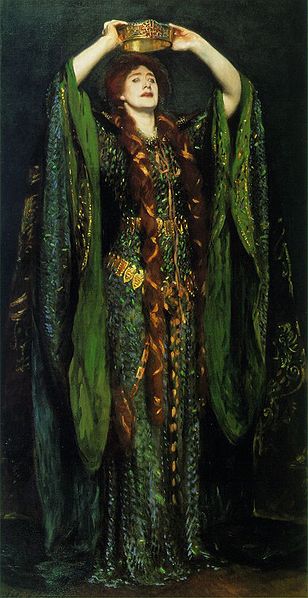 The glorious dress constructed of thousands of irridescent beetle wings that was worn by Ellen Terry and then immortalised in the art in John Singer Sargent might very well have been designed as the garb to adorn a fairy queen - for who might not fly with those draping green sleeves, like the folded wings of angels.

The Victorian age was one in which an obsession with elementals, or fairy folk, provided the inspiration for many well-regarded artists, who in turn drew on characters from the works of writers such as Shakespeare, Milton and Spenser to populate their imaginary scenes.

Below are just a few of those fairy-inspired paintings - 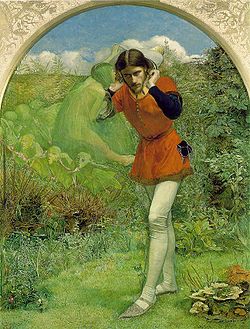 Ferdinand lured by Ariel, by Millais - inspired by Shakespeare's The Tempest. 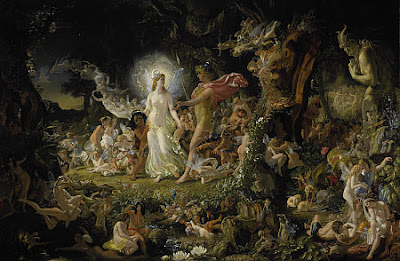 A Study for The Quarrel of Oberon and Titania, characters from A Midsummer Night's Dream, painted by Sir Joseph Noel Paton 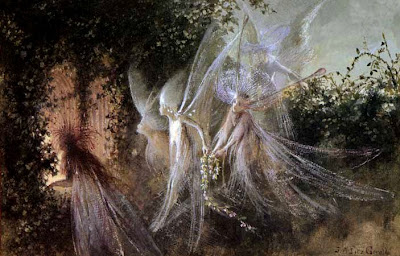 Fairies looking through a Gothic Arch by John Anster Fitzgerald 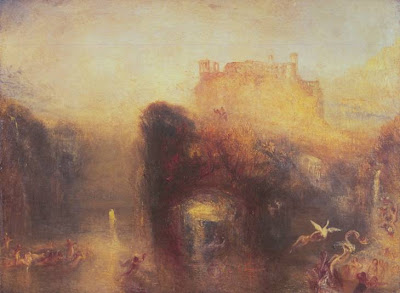 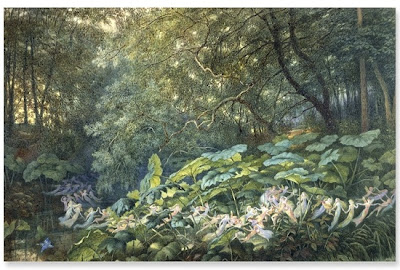 From Turner's magical illusion to the almost photographic realism that instructed the Pre-Raphaelites and their admirers: Under the Dock Leaves by Richard Doyle - who happened to be the uncle of Sir Arthur Conan Doyle who, as well as writing the Sherlock Holmes novels, developed a great interest in fairies.