A GLORIOUS GOWN OF BEETLE WINGS... 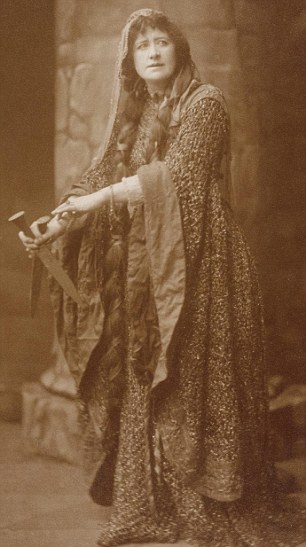 
Ellen Terry (Alice Ellen Terry) was a famous Victorian actress. Born into a theatrical family, she first appeared upon the stage when she was only eight years old. 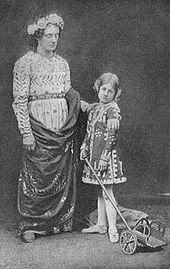 Renowned for her voice and striking looks, and blessed with her stunning red hair, Ellen went on to become Henry Irvin’s leading lady, being greatly admired for her sensitive portrayals of Shakespearian heroines. 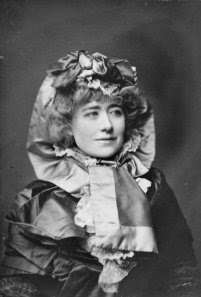 Today we would call her a ‘star’ ~ and she caused a sensation in 1888 when she played the part of Lady Macbeth at the London Lyceum Theatre, for which she wore a spectacular costume constructed from more more than a thousand emerald green Jewel beetle wings. 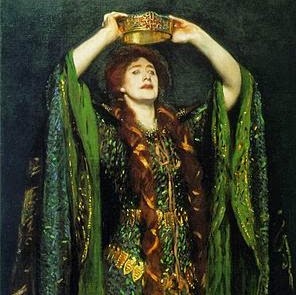 The gown was later immortalised the portrait seen above, by the artist John Singer Sargent.

Having witnessed Ellen wearing it when alighting one day from a cab one day, Oscar Wilde went on to write ~

'The street that on a wet and dreary morning has vouchsafed the vision of Lady Macbeth in full regalia magnificently seated in a four-wheeler can never again be as other streets. It must always be full of wonderful possibilities.’ 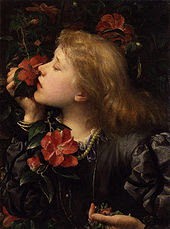 Ellen had quite an effect on men, whatever their sexual persuasion and she clearly enjoyed their company. Her first wedding to the artist G F Watts took place when she was just sixteen, when he was over twice her age. The marriage was sadly not to last, being over in around a year, but during that time Watts painted some beautiful portraits of his wife.

She had an affair with the architect and designer Edward Godwin, with whom she had two children,. She then married the actor and journalist, Charles Kelly. She also conducted an infamous affair of letters with the writer George Bernard Shaw ~ and then married again at sixty, this time to man who was half her age.

Today, the shimmering glory of the Lady Macbeth dress has been restored for public view. Funded by the National Trust, Zenzie Tinker of Brighton strengthened the original fabric’s structure, with many of its beetle wings being carefully reattached. Those that had broken were repaired using Japanese tissue and wheat starch paste. The remainder were donated by a generous antiques dealer. 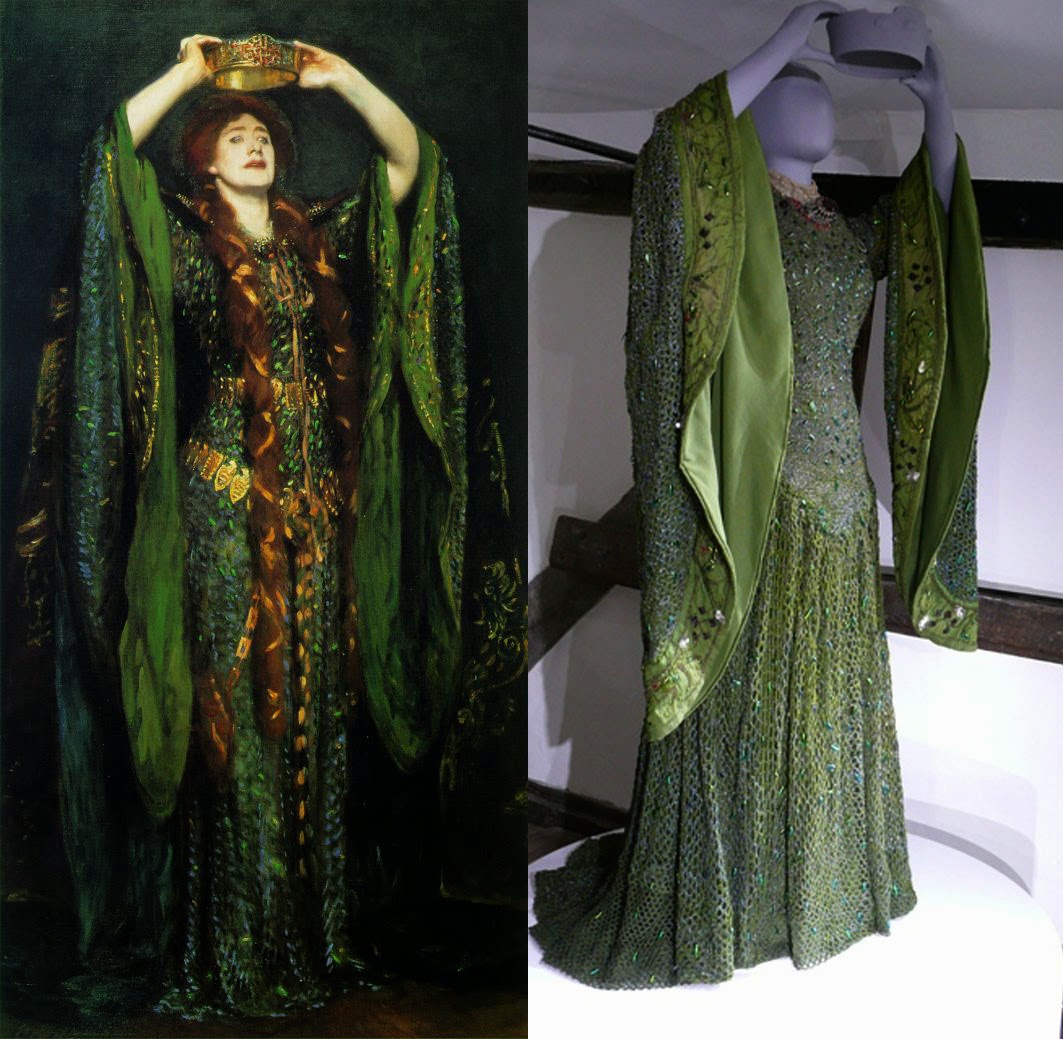 The conserved garment is now on display at Smallhythe Place in Kent, the home in which Ellen Terry died in 1928. 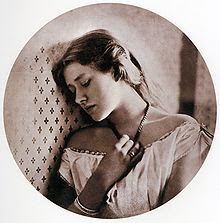 For other VV posts related to Ellen Terry ....
THE VIRTUAL VICTORIAN: JOHN SINGER SARGENT ~ PORTRAITS OF ARTISTS AND FRIENDS

THE VIRTUAL VICTORIAN: FROM JEWEL BEETLES TO FAIRY WINGS...