THE VICTORIANS AND SCIENCE FICTION... 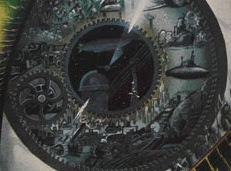 When thinking of Victorian writers, the genre of science fiction is not the first that springs to mind. Rather, it is the idea of domestic sagas charting the intricacies of everyday life, juxtaposed with sensation, melodrama and mystery. And yet, there were some authors unrestricted by such conventions.
The nineteenth century was a time when futuristic scientific fiction was very popular with readers, with novels being published and still in print as classics now. Some of the concepts they explored are still influential with regard to contemporary writing.
The Victorian era was transformed by the industrial revolution. There were many 'fantastical' new inventions such as the steam engine, the telegraph, the use of electricity, and the 'magic' of film and photography. With such miracles in mind it was not the greatest leap for an imaginative mind to construct entire 'new worlds' built around these new ideas. 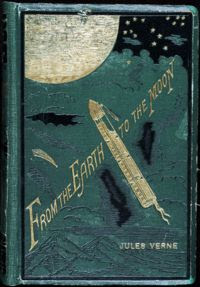 Sometimes such novels were prophetic, as in the case of Jules Verne. When writing From the Earth to the Moon in 1865, he described a journey in which he predicted, with uncanny accuracy, a three-manned aluminium spacecraft being launched from a pad in Florida by a cannon called Columbia, and which then returned to earth by splashing down into the Pacific – and all at an estimated cost that was almost the same in real time as the billions which were needed to finance the Apollo mission of the 1960s – in which 3 men flew to the moon in a vessel constructed mainly of aluminium, before they splashed back down to earth in the Pacific!

Some created fictional travel of a different kind, and many stories had already been told whereby men travelled back and forth in time, but never by using an actual machine - until The Time Machine by H G Wells which proved to be hugely successful – although it has to be said that the concept was not original as a Spanish writer called E Gaspar had already published El Anacronopete – or The Time Ship: a novel based on a vessel that if anything resembles the ideas behind the construction of Dr Who’s Tardis, being larger on the inside than out, whereas H G Wells' contraption was a great deal smaller and more 'down to earth'. 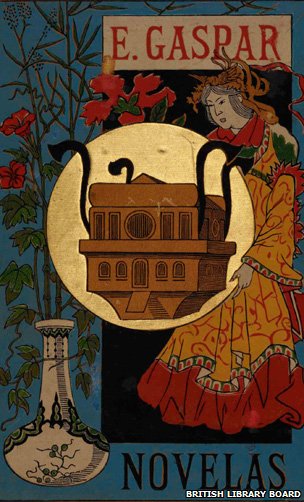 Both writers were telling more than a story. Wells was deeply concerned about the social disintegration that might result from industrial advances. Gaspar may have set his character off on a romp through ancient Rome, 3rd Century China, and the start of creation, but their journey was a clever way of satirising the present day – just as Jonathan Swift also did when, in the early 1700's, he created Lemuel Gulliver who sailed more conventionally to visit weird and wonderful lands which satirised the everyday faults of government and religion.
So, you see the old adage really is true – there is rarely anything new in this world – even when it comes to the 'other worlds' of science fiction and fantasy. And though now we find ourselves in the midst of another extraordinary revolution – this time a digital one which may yet open up who knows what new and exciting realms, even this phenomenon was foreseen by the Victorian writer Mark Twain who, in 1898 when inspired by the invention of the telephone wrote a story set 6 years in the future in which he visualised ‘mind’ travelling, rather than that instigated by physical movement. His ‘telectroscope’ has striking similarities to our modern internet, making ‘the daily doings of the globe…visible to everybody, and audibly discussable too, by witnesses separated by any number of leagues.’ 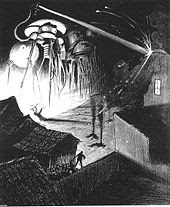 The VV cannot but help ponder on what wonders might come next - perhaps even telecommunication with other beings in our universe - but, you know, H G Wells thought of that too when he wrote about Mars in The War of the Worlds.
The OUT OF THIS WORLD Exhibition continues until September.
Gaspar's novel is currently being translated and should be available in English next year. 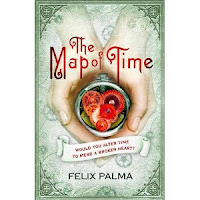 And, creating a rather nice symmetry, another Spanish writer has recently written a best-selling novel entitled The Map of Time in which the author, Felix J Palma, employs many themes from H G Wells' The Time Machine whilst reconstructing and twisting them into an entirely new story which draws upon other Victorian 'wonders' such as the history of The Elephant Man.
For other related VV posts, please see:
THE MAN IN THE MOON
THE TRAGIC TALE OF THE ELEPHANT MAN
Posted by Essie Fox at Sunday, June 12, 2011

Email ThisBlogThis!Share to TwitterShare to FacebookShare to Pinterest
Labels: OUT OF THIS WORLD EXHIBITION AT BRITISH LIBRARY. THE WAR OF THE WORLDS. FROM THE EARTH TO THE MOON. HG WELLS. JULES VERNE. THE MAP OF TIME. GASPAR. THE TIME SHIP