CHARLES DICKENS AND HIS WOMEN...


The film, The Invisible Woman, is heavily based on Claire Tomalin's book about Charles Dickens and his adulterous affair with Ellen (Nellie) Ternan.


Starring Ralph Fiennes and Felicity Jones, the film takes the facts of this affair and weaves them into an intriguing drama. To give you a taster of what to expect the official trailer is below…

But, thinking more about Dickens and his relationships with the opposite sex, the VV has been reading a book entitled Dickens’ Women. Written by Miriam Margolyes and Sonia Fraser, it is based on Miriam's one woman show which draws on many of Dickens' texts to create a vivid picture of his attitude to women, particularly those who shared his life ~ who sometimes went on to inspire the female characters in his fiction. 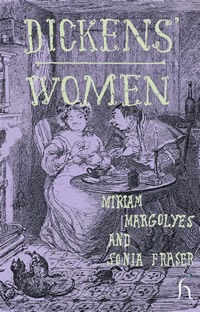 Margolyes is an avid Dickens fan, but also ~ by her own account ~ a woman who would probably not have been very much to his personal taste; being mature, with a mind of her own, and someone who would certainly not have taken any nonsense had she met the man in person.

She is keen to point out that Dickens’ idea of the perfect woman is often portrayed in his fiction as being ‘just seventeen’, innocent and ripe for a gentleman’s picking', or set upon pedestals so high as to be quite unobtainable ~ such as in the case of Dora in David Copperfield, or  Estella in Great Expectations, or the delectable Rosa Bud who appears in The Mystery of Edwin Drood, Dickens' last but unfinished novel. 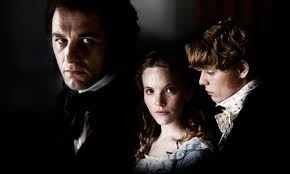 Indeed, so often are these winsome objects of male desire presented as being ‘just seventeen’ that Margolyes suggests there may have been a degree of sexual obsession. Referring to Edwin Drood again (where the opium addict, John Jasper, is so consumed with lust for Rosa Bud he is driven to acts of madness), the reader cannot ignore the fact that the character's inner turmoil may also have been a reflection of a crisis of conscience for Dickens himself, with the writer having had an affair with a very much younger woman. 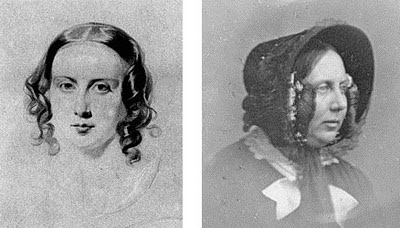 Catherine Dickens when young, and when in middle age

Dickens' affections were often bestowed on the lovely, young, and virginal. In the early years of his marriage to Catherine Hogarth (a woman who has been described as being round and pretty of face but who went on to grow much rounder after sixteen years of marriage and almost continual pregnancies), the writer was often seen out and about, not only with his devoted wife, but also with her sister. 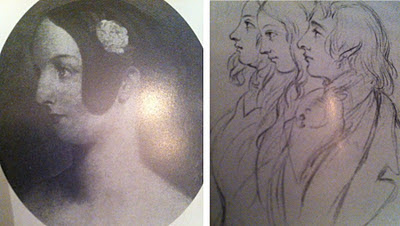 Mary Hogarth on the left – and on the right, the ‘trinity’ of Dickens with his wife and sister-in-law
by Daniel Maclise.

Mary Hogarth was ‘just seventeen’ and on the stairs in Dickens' house when she suddenly collapsed, going on to die while being held in the arms of her brother-in-law. Of course, anyone would have been upset, but his subsequent grief was so intense it was very far from normal. However must his wife have felt when, for many years after this event, he continued to keep all of Mary’s clothes, even bringing them out to stroke at times, and professing an earnest desire to be buried in the dead girl’s grave.


In 1842, Catherine’s other sister Georgina (who was then fourteen years old), also came to live in the Dickins' home. Years later, when Dickens had spurned his wife ~ causing Catherine the cruellest of humiliations by publishing public letters and claiming that she was insane. He also prevented the woman from seeing her children, not even attending the wedding of one ~ whereas Georgina remained in the family house as the writer's housekeeper. Even when he lay on his deathbed, Georgina's were the arms that cradled him. And Georgina's arms were also those into which most of his wealth would fall.

Quite what was going on there we shall probably never know. But Miriam Margolyes exposes an enduring fascination with young women who go on to spurn their admirers.

Margoyles thinks this obsession must have begun when Dickens himself just eighteen, when he was working as a reporter in the Houses of Parliament where he met Maria Beadnell. Maria was a pretty but frivolous girl who dismissed his attentions cruelly ~ a situation revisited, as if reflected in a glass, when reading David Copperfield, when we see our young hero’s first meeting with the imaginary Dora Spenlow –

All was over in a moment. I had fulfilled my destiny. I was a captive and a slave. I loved Dora Spenlow to distraction.

In the real life drama, Maria thought Dickens was socially beneath her, frequently taunting him as ‘Boy...B.O.Y.’ Ironically, twenty years later, when she'd married a sawmill manager and was living in near poverty, Dickins was a wealthy man and superstar of the literary world. When he somehow discovered her whereabouts and managed to get in touch again she did try to warn her admirer that the years had not been kind. But, he simply refused to believe her, having kept her young image in his heart, writing to her in return with the greatest excitement and passion –


When you say you are toothless, fat, old and ugly, which I don’t believe, I fly away to the house in Lombard Street and see you in a sort of raspberry-coloured dress with little, black Van Dykes at the top, and my boyish heart pinned there like a captured butterfly to every one of them. 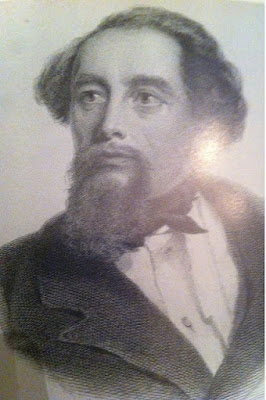 Those were the flights of fancy of a middle-aged and married man ripe for the adventure of an affair. But sadly, for Maria, when they did come to meet again, Dickens was disgusted to find that she had only been truthful about appearance. He then added insult to injury by re-using her image in his art, when describing Flora Finching in the pages of Little Dorrit; a woman who longs to rekindle a romance with the lover who left her when she was a young pale lily, who is then disappointed and shocked to find she's become a blowsy peony.

Flora Finching is almost, but not quite, drawn as one of Dickens’ ‘grotesques’ ~ older women, all overblown, and beyond any hope of sexual allure. These women are seen by the writer as being fit for only derision and scorn. Thus the wheelchair-bound Mrs Skewton who appears in Domby and Son is  presented as mutton dressed as lamb –

Cleopatra was arrayed in full dress, with the diamonds, short sleeves, rouge, curls, teeth, and other juvenility all complete, but Paralysis was not to be deceived, had known her for the object of its errand, and had struck her at her glass, where she lay like a horrible doll that had tumbled down.

Other older women, who by then included the writer’s wife, were seen as run down and dilapidated, like houses no longer tended. Considering this attitude, Margolyes feels that had Dickens been less skilled or adored then he might very well have been viewed today as a misogynist; one whose perfect idea of womanhood is expressed in Mrs Chirrup, in Sketches for Young Couples –

In other words, a living doll.

In due course he met the real doll who was to totally upset the already wobbling marital apple cart. 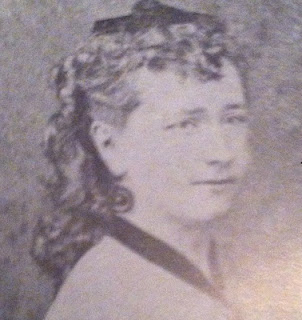 Ellen Ternan was eighteen years old. Dickens was a man of forty-five, a wealthy literary giant of international renown. When they met he'd been collaborating on a play with his friend, Wilkie Collins. Ellen (or Nelly as she was known) had been offered an acting role in this, along with her two sisters.

Despite many warnings from his friends, Dickens began to woo the girl. Matters finally came to a head when, in that most well-worn of scenarios, his wife discovered some jewels that he had bought as a gift for his lover, which were then delivered to the wrong address.

The secret was out. Now Dickens hid Nelly away from the world in various houses in London, where she lived under assumed names. He simply refused to give her up. But, as his reputation was based on being a devoted family man and upholder of ‘Victorian Values’, he was not disposed to admit any fault while treating his wife quite shamefully and claiming their marriage’s failure was due to her instability. In truth, he had tired of her aging charms. 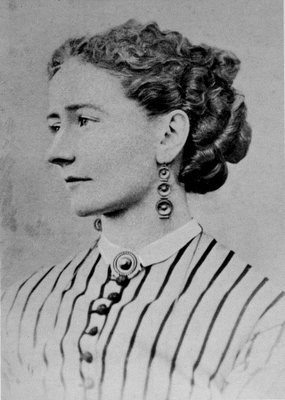 The affair was not the happiest. There were awful repercussions for Dickens’ wife and children. There were rumours of Ellen's pregnancies, with children who died in infancy. Efforts to conceal the affair caused the writer and actress great distress. Perhaps this, in addition to the workload of his latter years, contributed to the stroke that left him dead at the age of fifty-eight.

Kate, the daughter who married without her mother at the wedding, later tried to explain the reasons for her father's cruel behaviour. Her words may offer us some clue as to how he managed to get away with such an appalling attitude –

There, from one who knew him best we have the puzzle of the man. He could be selfish and self-obsessed, but he was also often generous and charitable to a fault. With all of this Margolyes concurs that the worst of his errors only occurred when driven by intense desires, and perhaps ~ more essentially ~ because, like every one of us, Charles Dickens was only human.