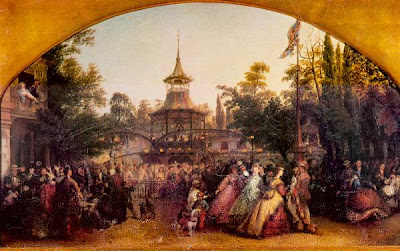 The Dancing Platform at Cremorne Gardens  - by Phoebus Levin, 1864

Between 1845 and 1877 many fashionable - and many disreputable - Victorians would have enjoyed the delights of the Cremorne Pleasure Gardens.

Once situated on the banks of The Thames, between Chelsea Harbour and the King's Road, today very little remains of the gardens' original splendour - only a restored pair of ornate gates and a strip of ground near to Cheyne Walk, along with two jetties where boats once moored to deposit all those who arrived on The Thames. 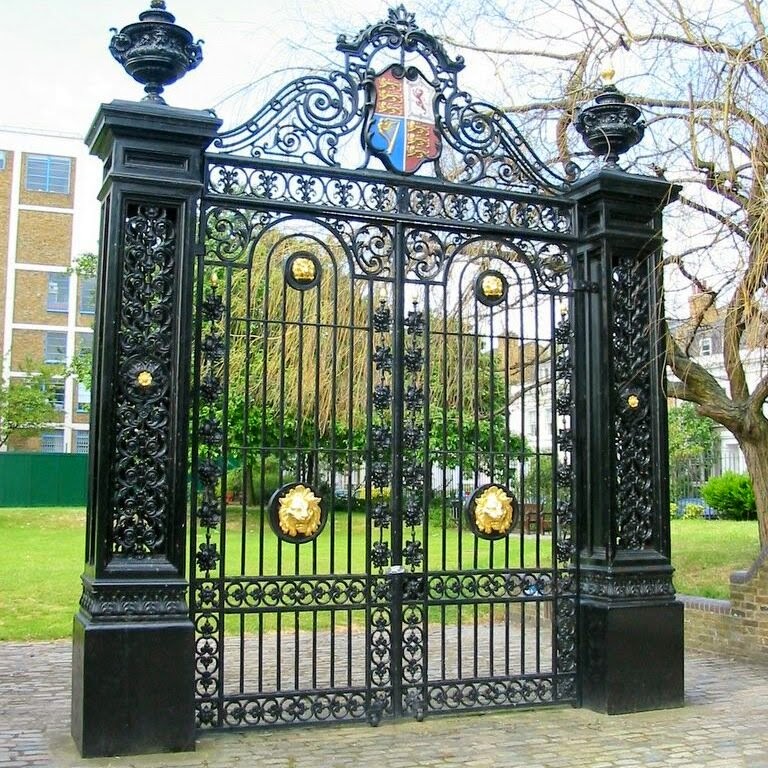 For the entrance fee of one shilling, London's grimy streets could be left behind to stroll at one's leisure across green lawns, past elaborate fountains and a lake, while shaded by elegant elm trees. 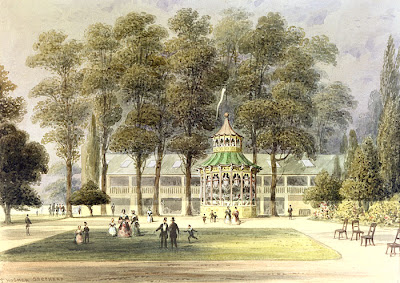 A circus was later converted into a permanent theatre with burlesques, ballets, even operas, or - as described in a scene from the VV's novel, Elijah's Mermaid, a daring act of aquatic prowess where men clad in nothing but 'fleshings and drawers' performed feats in a large glass aquarium as -

'...  each of us ‘oohed’ and ‘aahed’ with glee when presented with ‘The Beckwith Frog … one of the world’s finest acrobats’, who dived into the water, gyrating among all the goldfish and eels, or else walked back and forth on his hands while consuming a bottle of milk in one – all the time with his head completely submerged!'

Professer Beckwith also gave lessons promoting his sport at the Lambeth Swimming Club, so any who happened to be inspired could take the plunge and dive right in - perhaps even auditioning for the act.

But, while still enjoying a day at Cremorne, the audience could leave his show and visit the Hermit Cave, or get lost in the maze or the fairy bower or, if their appetites were up, dine in the glamorous banqueting hall. While sipping from a cup of tea, or a glass of sherry or lemonade, they could relax in loungers which were set beside the Pagoda, and enclosed in this elegant 'Chinese' construction musicians would play all the popular tunes while couples whirled around them upon a circular dance stand.

By day children enjoyed the fun, while men politely tipped their hats to respectable women walking by. Later, when evening and darkness fell, the pagoda and trees would be glittering with thousands of little gas lights - a circle of shimmering crystal. 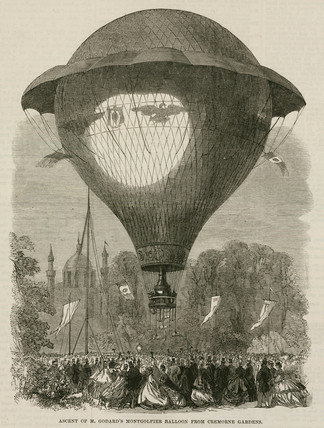 There were firework displays, and a hot air balloon to rise above the spectacle. But like moths being lured around a flame, a decadent crowd flew in at night. Many Londoners abandoned their prudery to play on 'Satan's hornpipe', partaking in nocturnal delights of a decidedly adult kind. As the clamour and numbers of prostitutes grew so the gardens' reputation reduced until, after many earnest complaints from neighbours in the area, Cremorne was finally closed down - its glories and al fresco fun now no more than a distant memory. 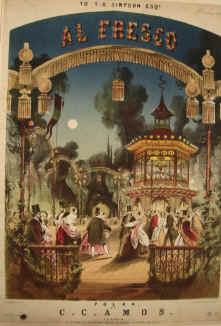