REMEMBER YOUR MORTALITY! THE ART OF MEMENTO MORI... 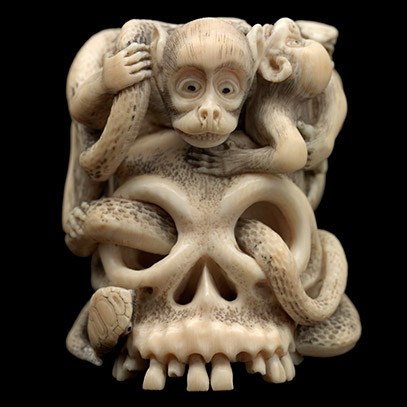 When visiting the 'Death' exhibition at The Wellcome Collection in London, the VV was fascinated to see the macabre use of human skulls in art.

Above is an okimono or 'decorative object' (dated from the nineteenth century and certainly no later than the 1920's) that shows the Buddhist vision of the ongoing existence of the soul. The concept is further enhanced by the use of snake in the skull cavity, for the snake was thought to be reborn every time it shed its skin. 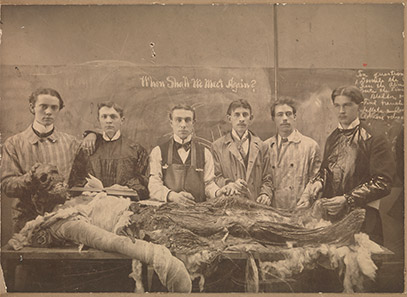 When Shall we Meet Again?

This image from the end of the nineteenth century shows a group of medical dissection students posing for a 'humorous' photograph. 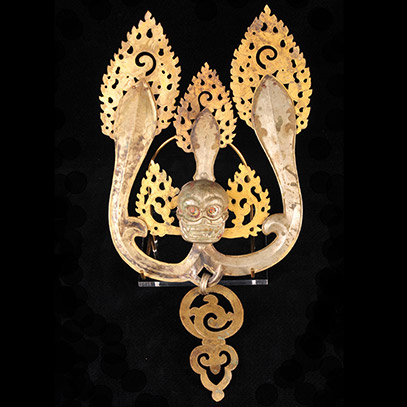 This is a hammered brass and gold trident from nineteenth century Tibet. It represents the Hindu god, Shiva who is almost always depicted as carrying a trident. Shiva is a deity strongly connected with death, rebirth and reincarnation. 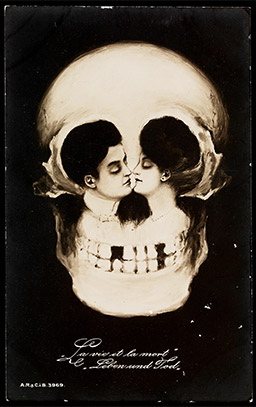 The Death exhibition also has a collection of Memento Mori cards such as La Vie et la Mort, above.

These images were popular in the Victorian and Edwardian era when they were often produced on postcards. Imagine one dropped in your letter box!

The intention of such greetings cards were to illustrate the 'vanitas' theme, illustrating the biblical quote: 'vanity of vanity; all is vanity' (Ecclesiastes 1). It is a chilling reminder to 'Remember, you must die!' - that all earthly pleasures are nothing more than fleeting illusions of the flesh. But, just in case you try to forget, below are yet more charming scenes - 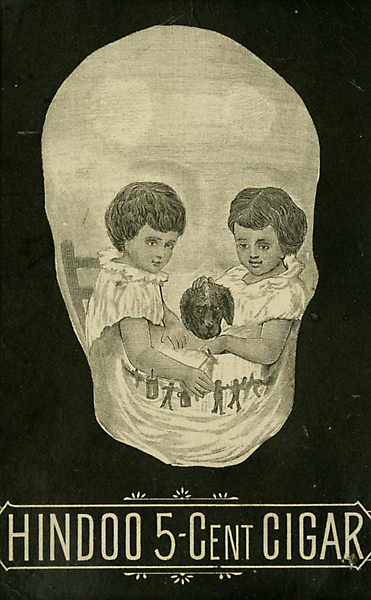 This image might well very occur on packets of cigars today where the skull and bones themes is reproduced to warn smokers of their mortal risks. 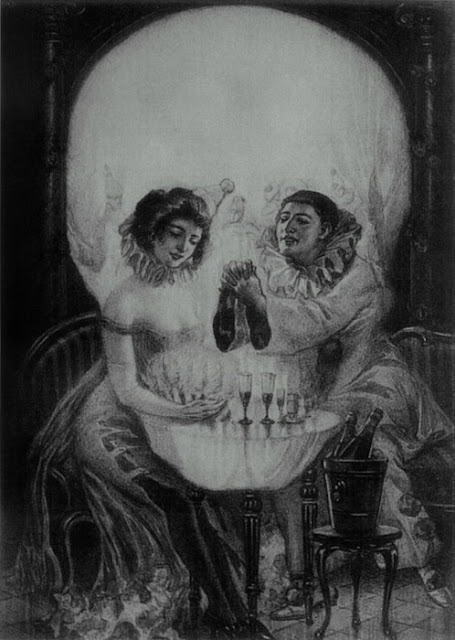 A rather jolly circus theme - or is it simply that a lover is as foolish as a clown to think that the passions of physical love are worth such ardent devotion? 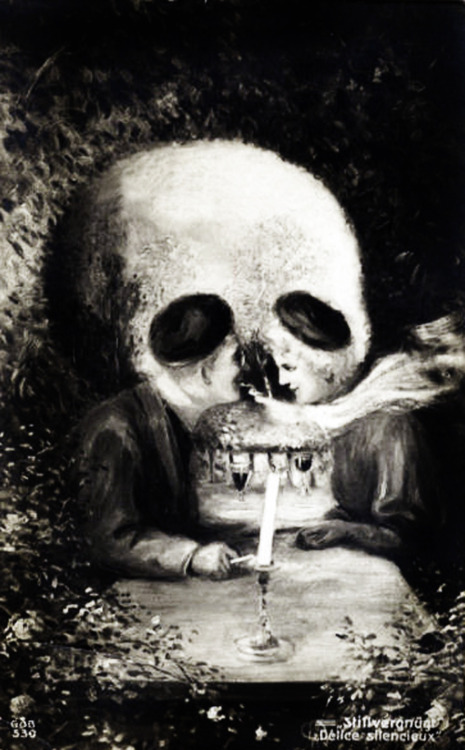 Another somewhat gruesome depiction of two lovers. Be careful not to knock over that candle or the flame of desire will be snuffed out faster than you realise! 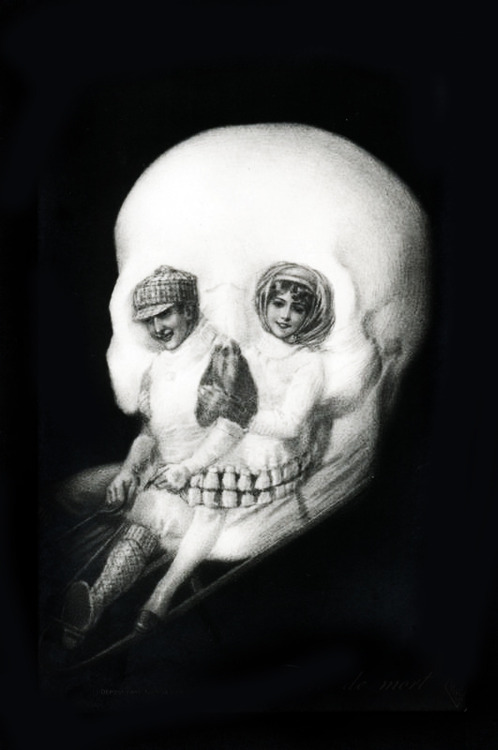 A rather jolly sleigh ride. But, ah, the perils of snow and ice will soon take the smiles off their faces.

Two adorable children and a puppy - oh, this is simply too cruel! 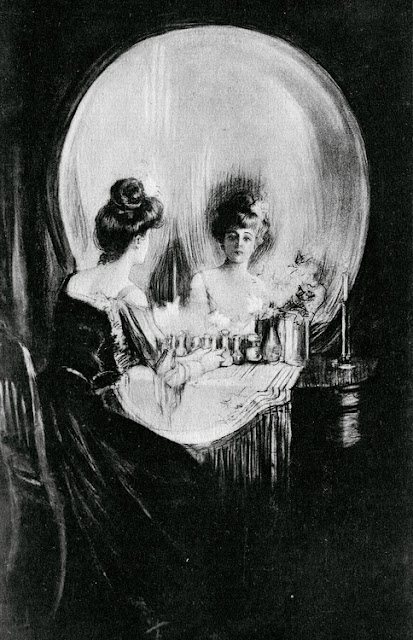 And finally, an example again of the perils of our vanity. Beware, dear lady readers. It strikes me that these bottle and pots might conceal some deadly poison!