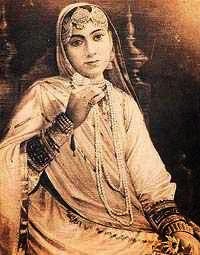 Jindan Kaur was the Indian queen whose body lay, for a little while, in the catacombs of Kensal Green: a fact that was all but forgotten until a cracked marble name stone was found during restoration work in the cemetery's Dissenters' Chapel.

In those vaults there is an atmosphere that can leave one stunned and breathless; really quite a different thing to that of an open‐air cemetery. Such a claustrophobic stillness. Such a dripping cold finality. Really more like a dungeon than a tomb.

It is hard to think of anyone being left to lie and rot down there. Harder still in the case of Jindan Kaur whose life had been full of drama, and who was the most vibrant of characters. 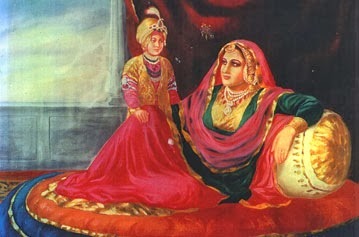 Jindan was the mother of Duleep Singh, the last maharajah of Lahore, in what is now known as Pakistan but was then Northern India. That area was annexed to British rule in the year of 1849, at the end of the second Anglo Sikh war, when the boy maharajah, eleven years old, was deposed from his golden throne. When converted to Christianity he was taken to live to England, along with the Koh‐i‐noor diamond, his kingdom’s sovereign symbol ~ the spoil of war exhibited at the Great Exhibition of 1851. 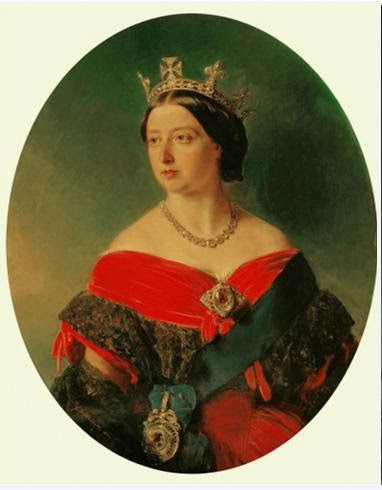 Queen Victoria often wore that stone, set as a brooch upon her heart. And her heart was drawn to Duleep Singh, acting as his English mother queen. She wrote of his beauty: His eyes! His teeth! She had that glamour immortalised in this painting by Winterhalter ~ still part of the Royal Collection today. 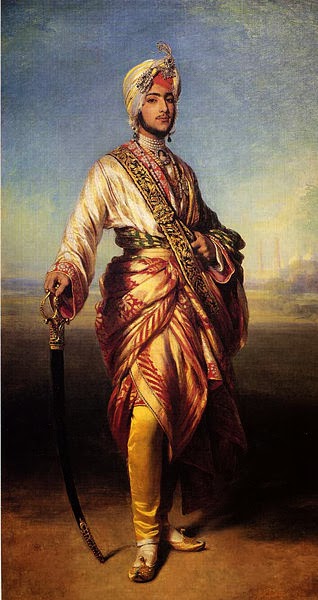 But Jindan Kaur would surely have sneered at such humiliation ~ to see her son’s status so reduced ~ to provide the allure at society events, but really no more than a puppet prince. He had lost the kingdom for which she’d fought, her bravery and ambitious intent resulting in her being called the Messalina of the Punjab. And during that time she was accused of many scandals and wicked deeds that may, or may not, have been enhanced for the sake of propaganda. 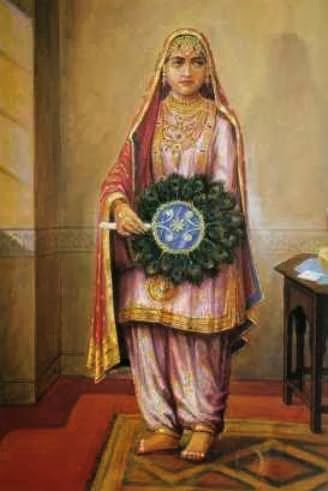 Jindan’s origins were humble, born to the Lahore palace doorman, or the keeper of the kennels, or perhaps it was the gardener. Whatever the truth of her lowly birth or the rumours that were put about regarding her having been employed as a temple devadasis (one of the dancing prostitutes), her beauty was soon to catch the eye of the Maharajah Ranjit Singh ­‐ the aging Lion of Punjab.

Ranjit Singh had many ‘regular’ wives, of whom Jindan was to be the last, the youngest, and most favoured. And favoured by the fates as well, when she evaded a dreadful death, as described in this extract taken from my novel, The Goddess and the Thief ~ 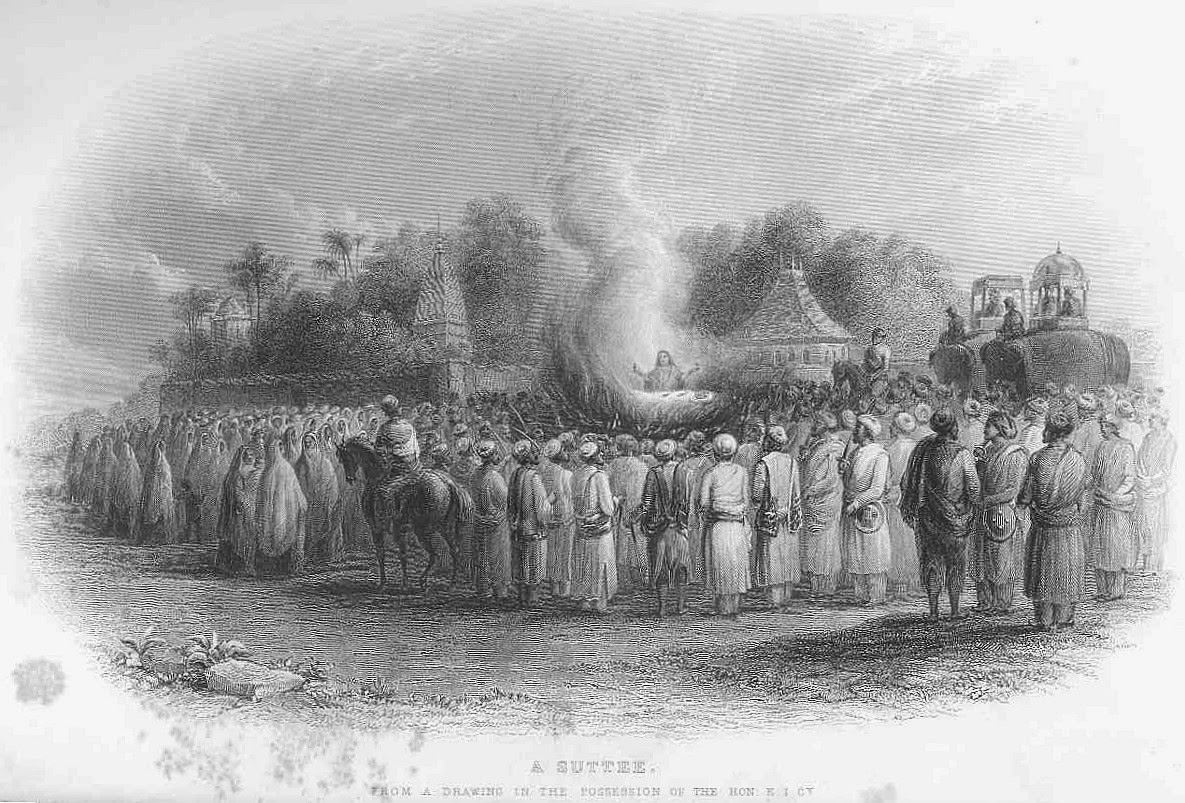 When Ranjit Singh finally breathed his last, four of his other living wives and seven of his slave girls were taken along to the funeral and immolated with the corpse. The Indians call it sati. The word means Perfect Wife...each seated on a gilded chair, each with a mirror set before, and a golden parasol above. They were then led to the sandalwood pyre and concealed within a tent of shawls while everything around them was drenched in a mixture of sulphur and ghee. When lit, that became a fireball from which there could be no escape – though I was assured they felt no pain, being stupefied with opiates. But even if that was the case, who would willingly wish for such a fate? Who could love a man to that extent? 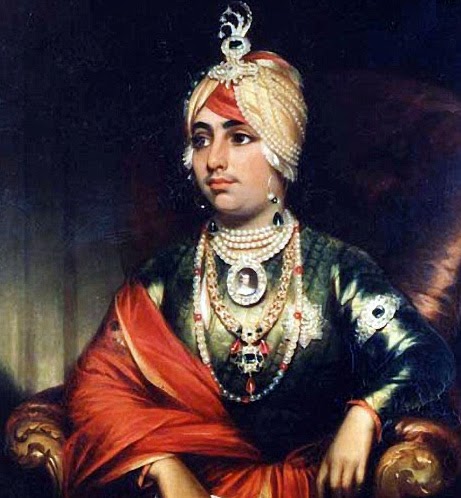 Whether Jindan loved her husband or not, she certainly adored her son. It was thanks to Prince Duleep that she'd escaped such a traumatic death, with the infant boy but ten months old and still supposed to need her care. And then, when he’d reached the age of five, when all other claimants to the throne had conveniently met gruesome ends, Duleep was made Maharajah ~ despite there being rumours spread (most likely by British enemies) that the child was not a legal heir, but the result of Jindan’s dalliance with one of the Lion’s male lovers ~ when the aging and syphilitic king, with his one remaining drooping eye, preferred to watch than do the deed.

Whatever the truth of the matter, few dared to cast any public doubt when Jindan grasped Destiny with both hands, casting off her veils to reveal her face when acting as regent for Duleep ~ taking a Sikh general as lover and appointing him palace viceroy ~ transacting state business in public, and addressing her troops directly when they fought to defend the Punjab throne. She was even said to have conspired to poison the British Resident. And perhaps that fact then influenced the Governor General, Dalhousie, who showed no mercy to the queen when the British defeated her armies at the end of the Second Anglo Sikh war, when she was removed from her only child, dragged away by her hair and screaming, holding her hands out towards him.

Jindan’s power and fabulous wealth were lost. Imprisoned in various Indian forts, she eventually escaped to Nepal, enduring much sorrow and hardship, until ~ after thirteen years ~ she  was allowed to meet her son at Spence’s hotel, in Calcutta, when Duleep briefly visited India. 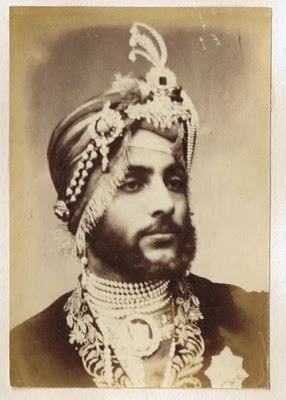 Duleep had been much Anglicised which must have caused Jindan much pain. But not wanting to leave her son's side again she travelled with him England where she spent her few remaining years in the land of her sworn enemy. And there, due to her notorious past, and a somewhat unique style of dress, she tended to cause a sensation, as related in The Goddess and the Thief, when a London gossip is heard to say ~

‘It was one afternoon in Kensington. Lady Garsington couldn’t believe her eyes. Such rumours there were of Jindan Kaur . . . of the Maharani’s beauty. But hard to imagine such a thing...when the rani can barely walk today. Such a tiny, wrinkled, pockmarked old woman who had to be carried into the house while sitting on a pallet. And, just wait until you hear this, my dear, for it is the most peculiar thing: on top of all her silks and veils, and all of the pearls and precious stones, she’d fixed herself up in a crinoline, a shawl and a bonnet flung on top. And that ensemble then festooned with a crown of feathers and flowers! Can you imagine the sight of it? The poor woman, so encumbered... sitting cross-­‐legged and mumbling like some lunatic bundle of rags. She even began to puff on a pipe, refusing to eat a thing that was offered, but bringing out her own little pouches and nibbling on what appeared to be birdseed! Lady Garsington said she was speechless. She has been trying to work it out, quite convinced that the maharani can hardly be more than forty years, yet she looks to be a hundred! Of course,’ she covered her mouth with a hand, ‘they do say she’s riddled with syphilis! And how could she not be. The life she’s led!’ 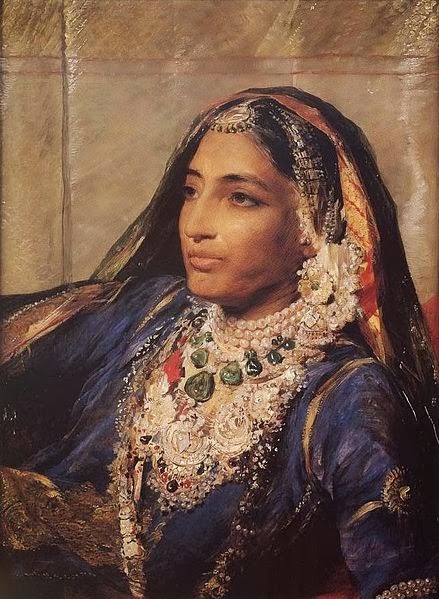 Jindan did indeed have Syphilis, though this portrait, when she was 45 and very near to her demise, does bely the rumours spread that all of her beauty had disappeared. And perhaps her mind was less addled than the British authorities presumed, for the fires of ambition still burned within ~ with which she rekindled Duleep’s pride and encouraged his wish to return to Lahore ~ to take with him the Koh­‐i‐noor, the diamond now owned by Victoria, the queen he had started to call Mrs Fagin for her handling of stolen property. And then there was the prophesy that should the diamond return to its homeland all foreign invaders would be cast out.

However, the diamond never found its way back to India again. Duleep was accused of treachery when, later on in middle years, he plotted to invade Lahore, after which he was exiled to live in France. There, when in his fifties, he died of a stroke in a Paris hotel, by which time he’d rejected the Christian faith and returned to his father’s Sikhism. 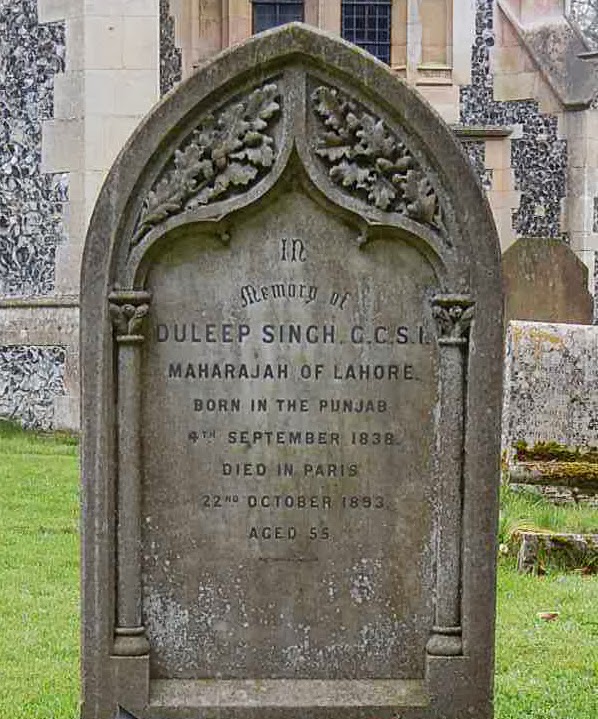 But rather than being returned to Lahore and cremated as his will had asked, Victoria reclaimed her ‘beautiful boy’ and buried him in English soil. The dissenting Maharajah was returned once again to the Christian fold. The golden cage he could never leave.

However, Jindan did escape. Some years before Duleep’s sad end, when she died in her sleep in Lonond and left him inconsolable, her body was brought to Kensal Green and then interred in the catacombs of the Dissenters’ chapel. There it remained for almost a year ~ from the August of 1863 until the spring of ’84 ~ during which months this letter (here in an abridged form) appeared in the pages of The Times ~

Sir, - Her Highness, the Maharani of Lahore, mother of his Highness the Maharajah Duleep Singh, died on the 1st current at Abingdon-house, Kensington, in the Hindoo faith, and we understand it is proposed to bury her....


According to our customs, we are constrained, as a matter of conscience, to appeal to the country for protection, and beg that you will kindly allow us a place in your spirited journal to enter a public protest against the intended desecration.


Agreeably to our rules, the body ought to be burnt and the ashes given to the Ganges. The thing is simple enough in itself and, as it infringes no moral or physical law, we certainly cannot believe that the wisdom and intelligence of this land would oppose our acting as our religion directs.


Besides, the belief of all religionists is that no funeral is hallowed unless a priest, or, in his absence, a layman of the religion of the deceased, officiates at his obsequies.


It is hard, then, that her Highness should be deprived of the offices that the meanest claim and receive throughout the civilized globe - and that we should be refused the consolation of discharging the last sad duty for our mistress, that is the right of all.


We feel we are fulfilling her Highness’s wishes, and are satisfied, had she known her dissolution was at hand, she would have left definite instructions for the disposal of her body. Reiterating our protest in the name of the friends and relations of her Highness the Maharani of the Sikhs, in general, both here and abroad, and in the interests of civil and religious liberty,


We have the honour to be, Sir,
Your very obedient servants, UTCHEEL SINGH, and KISHEN SINGH.

Such an appeal did at last prevail. Cremation was illegal in England then, but Victoria and the powers that be allowed Duleep to return her corpse, not to the city of Lahore, for fear of any political strife, but to Bombay where she was burned and a small memorial then placed by the Godavari River.

Eventually, in 1924, Duleep’s daughter, the Princess Bamba, carried her grandmother’s ashes home, to the tomb of her husband, Ranjit Singh. There, along with his cremated wives, we must hope that she now rests in peace ~ though, if souls live on, if spirits rise, then perhaps Jindan is waiting still, to fulfill her dream, for her son, Duleep, to reclaim his Punjab destiny.


But whatever dreams Jindan once held, whatever gods she prayed to, the VV leaves you with this scene ~ with the burning ghats of Benares, and the sacred river Ganges, and this short poem by Kabir, an Indian saint and mystic who died many hundreds of years ago, but whose words still resonate today ~


His death in Benares
Won’t save the assassin
From certain hell,


Any more than a dip
In the Ganges will send
Frogs ~ or you ~ to Paradise.


My home, says Kabir,
Is where there is no day, no night,
And no holy book in sight.


To squat on our lives.