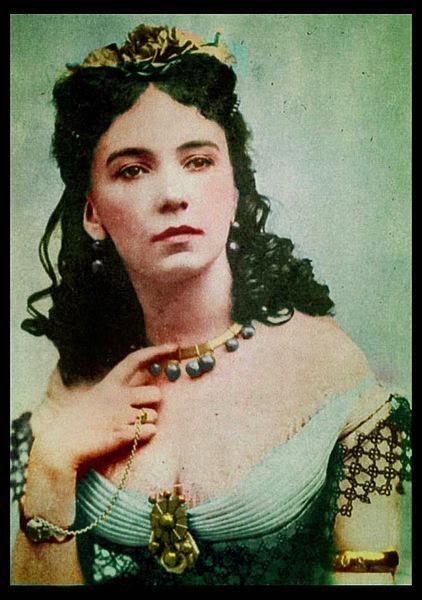 At the height of her astonishing success Cora Pearl owned three different houses in Paris, a stable of 60 horses, and jewels valued at more than a million francs. But the woman who lived as if a queen had been born to a Plymouth music teacher and was christened Eliza Emma Crouch.

As it happened her father was not without a certain degree of his own fame. In the year of his daughter’s birth, which was 1835, he wrote a ballad called Kathleen Mavoureen that went on to become so popular that its proceeds paid for Eliza to be schooled at a convent in Bourlogne. On her return to England, the young woman of considerable beauty was drawn to a life in the theatre and made secret visits whenever she could. However, on one such occasion in London she was seduced by a shameless rogue, who claimed to be a diamond merchant, and then bought his conquest’s virginity ‐ afterwards leaving £5 by the bed, with which Eliza paid for a room in the centre of Covent Garden.

Her next lover was Robert Bignell, who engaged her to sing at the Argyll Rooms ­‐ though her voice was not at all unrefined, but she had the looks to draw a crowd. He then took Eliza to Paris, where they set up home as man and wife and she changed her name to Cora Pearl. In no time at all she left him, sometimes singing in Parisian haunts, but mostly concerned with finding rich men who would pay for luxurious gowns and jewels ­‐ and a growing gambling habit.

At the height of her success Cora Pearl was immensely extravagant. She slept in black silk sheets, embroidered with threads of gold. She often drove out in a pale blue carriage that was lined with yellow satin, having dyed her hair blue or yellow to match. She used face powders flecked with silver or crushed pearls, and in summer she liked to go brown in the sun ­‐ a fashion that was considered coarse, and practically unthinkable amongst the wealthy Parisian women.

Not that the rich men seemed to mind. The Duc de Rivoli set her up in a house ­‐ but Eliza was hardly loyal, entertaining her ‘golden chain’ of lovers, including Prince Achille Murat who indulged her with a stable of horses and grooms in yellow livery. By 1862, when Cora was 27 years old, she had bedded the Prince of Orange who was heir to the Netherlands throne, along with the Duc de Morny, half brother of the Emperor, and Prince Napoleon, the Emperor’s cousin. (Prince Napoleon adored her and set her up on the Rue de Chaillot, said to be the finest house in France ­‐ as well as another in Rue des Bassins.) 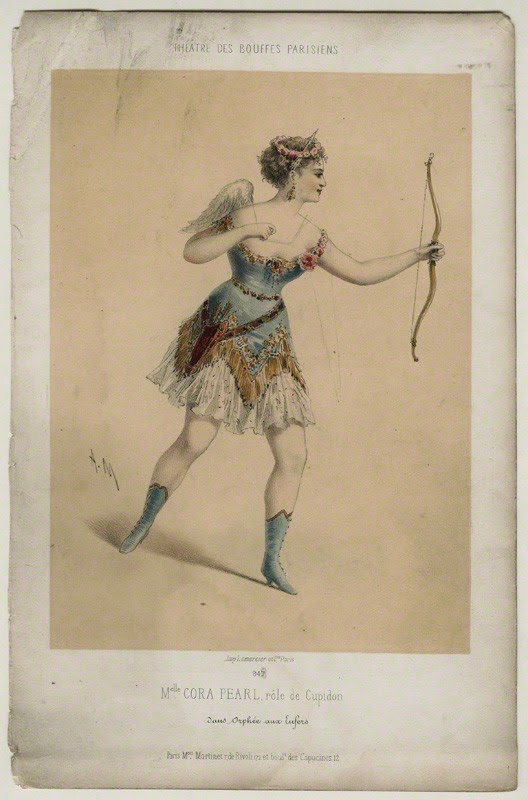 Not forgetting her theatrical aspirations, in 1867 she caused a sensation by appearing half naked in diamond encrusted boots when she took the part of Cupid in Offenbach’s opera, Orphee aux Enfers. And at home the scenes were no less lush. She bathed in pink marble bathrooms where her initials had been inlaid with gold. Once, at a banquet she shocked her guests by serving herself on a platter with only a sprinkling of parsley to dress! One admirer sent her a silver horse, stuffed full of gold and jewels. Another sent a box of marron glaces, with each marron then wrapped in a £1,000 franc note.

Such a decadent life was to be curtailed in the July of 1870 when the Franco‐Prussian War began, and most of Cora’s wealthy admirers were lost or diverted their concerns. During this time she proved herself to be more than just a pretty face and converted her house on the Rue de Chaillot into a hospital for the troops, tearing up her silk sheets for bandages and helping to tend the wounded herself.

But Cora’s love­‐life could not be neglected, and with Prince Napoleon now in exile abroad she turned her attentions to Alexandre Duval, a man ten years younger whose family wealth was established in hotels and restaurants. Duval indulged her as much as he could and was famed for writing the following words, “Will you let me prove my devotion. Command me and I will die...’ to which  the  object of his attentions replied, “I would rather you lived and paid my bills.”

Too soon he had spent every franc he owned ­‐ and when Cora then turned her back on him Duval attempted to commit suicide. Duval recovered from his gunshot, but for Cora it was a near fatal blow. Her public lack of pity resulted in a change of mood amongst those who had admired her before. When hissed and jeered in public, Cora took herself off to tour Europe, though in London she was further shamed when asked to leave the Grosvenor hotel ­‐ and in Baden she was not even allowed to enter the gaming rooms, and the gambling tables where she hoped to boost her rapidly flagging funds.

Cora returned to Paris, but life was never the same again. Prince Napoleon was back but had no desire to see his English lover. And with no saviour to pay her debts she was forced to sell the Rue de Chaillot, along with her cherished possessions and jewels. Ten years later and Cora was to be found renting rooms in the back streets of Paris, ravished by age and sickness. When she died of cancer in 1886, at the age of 51, the event went all but unnoticed. She was destined for a pauper's grave but that final humiliation was spared when an unnamed gentleman intervened and paid for Cora's resting place to be in the Paris Batignolles cemetery - in the style of the grandest Courtesan. 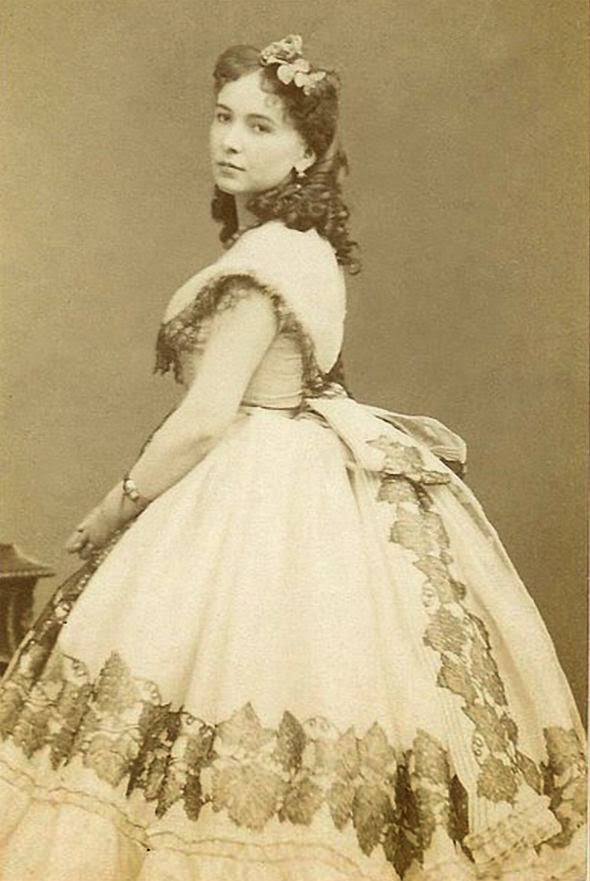