KING COPHETUA AND THE BEGGARMAID

A TRUE CINDERELLA STORY - AS TOLD BY KIRSTY STONELL WALKER

As acts of social rebellion in the nineteenth century went, a cross-class liaison was nothing usual. Some women like Catherine Walters, or ‘Skittles’ as she was known, made a career of it. Even marriage was not out of the question especially among the artistic set. William Morris married a stablehand’s daughter and Holman Hunt’s model Annie Miller married Lord Ranelagh’s cousin Captain Thomas Thomson. However, one love match was so unexpected, so romantic and scandalous that it became forever linked in contemporary imagination with the iconography and legend of King Cophetua and the Beggarmaid. 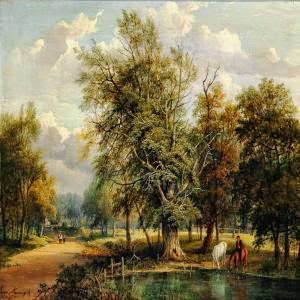 In 1859, the photographer Julia Margaret Cameron was living at Ashburton Cottage, Putney Heath. One morning while walking, an Irish beggar woman, Mrs Ryan, accosted her, asking for help for herself and her 10 year old daughter, Mary. Moved by the woman’s pleas and Mary’s pretty face, Cameron applied to the local priest for details on the woman’s character. She was a hard-working, sober woman and so Cameron invited Mrs Ryan and little Mary into her home and gave the woman the option of a little cottage of her own. Mrs Ryan preferred to remain independent but allowed Mary to be taken in and almost adopted by the Camerons. When the Cameron family moved to Freshwater Bay on the Isle of Wight, they took Mary with them, her mother preferring to stay in London.

When the poet Henry Taylor called at Dimbola Lodge in Freshwater Bay in the Spring of 1861 he found the little Irish girl sitting in the school room with Cameron’s sons, taking lessons. Taylor had concerns: ‘What will become of her? If she is to be a servant, I am afraid there is no such thing as a good servant who is fond of reading. If she is to be a governess will she be any happier than governesses who have not been beggars?’ Taylor posed the question to Cameron who admitted that she had no idea what the consequence of her actions would be but had ‘more of hope than reason’ in her. Taylor noted that until she had worked out the status of the girl in the household he advised her to ‘guard herself against petting the beggar’. Certainly for Taylor, Mary could not lose her ‘beggar’ status despite becoming a member of the household, and he obviously feared that Cameron, with her philanthropic zeal, would confuse the child as to where she belonged in society. Interestingly, the census take at exactly the same month as Taylor’s visit lists Mary Ryan as ‘servant’ to the household, suggesting that no such confusion existed within the unconventional household. In photographs taken in 1863 by Oscar Rejlander, Mary appears in a white cotton maid’s dress, performing domestic duties, with a smile, for the camera. 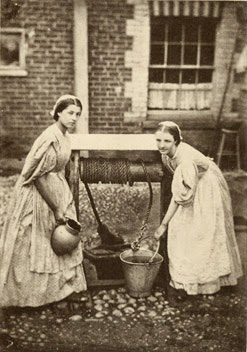 Her mother apparently tried on countless occasions to retrieve her child from the household but failed each time. I think it is interesting that Cameron never wavered in her assumption that what she was doing was correct, despite the misgivings of friends, let alone Mary’s own family. It could be seen as the flip side of Cameron’s wonderful unconventional spirit, her unshakeable sense of her opinion. I think it makes it easy not to condemn her for what could be seen as arrogant and self-righteous in others as she so often appears to be right, as she was in the case of Mary Ryan.

In the Manner of Perugino Julia Margaret Cameron

When Julia Margaret Cameron received a camera for her 48th birthday in the winter of 1863, it might have been in response to the visit from Rejlander, but it was definitely a gift intended to keep her occupied while her husband was away in Ceylon (now Sri Lanka). Cameron had harboured an interest in photography for many years and set about mastering the art of it for herself. In a quest for the perfect image she used anyone she could get her hands on for models, including her maids, Mary Ryan and Mary Hillier. 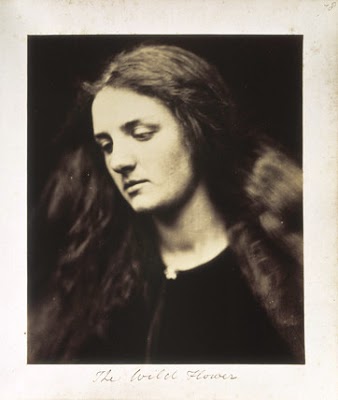 While ‘Island Mary’ (as Mary Hillier was nicknamed) tended to be used for images of the Madonna (leading to her other nickname ‘Mary Madonna’), Mary Ryan played a variety of roles in Cameron’s work. She was Tennyson’s May Queen, Queen Esther, and Juliet, a range of beautiful, romantic heroines. It was said that Cameron kept one maid for profiles (Ryan) and one for full-face (Hillier), both Marys appeared together very rarely in her compositions, a notable exception being May Day of 1866...

Mary Ryan sits in the centre of the group as the Queen of May, with Mary Hillier over her left shoulder. This image is interesting as not only are the two Marys together but Hillier is almost in profile while Ryan is full-face to the camera. Much is made of the likeness of Cameron’s models, difficult sometimes to tell apart in the dreamy monochrone haze of her work, but in her occasional full-face works, Ryan is easy to spot by her quite pronounced philtrum, possibly caused by the shadow of her long nose (which equally makes her obvious in her profile pictures).

While it was joked that Cameron chose her maids for their beauty, it does seem true that both Marys provided limitless inspiration for their employer, as well as invaluable help in developing the plates. Mary Hiller, interviewed in her old age about her role in Cameron’s art, saw it as part of her duties to assist Cameron in any way necessary, despite the unconventional nature of her service. She later married the gardener of neighbour G F Watts, and they remained on the Island, Mary remaining a minor celebrity as the ‘Island Madonna’.

The same cannot be said of Mary Ryan. Possibly it was the difficult issue of her upbringing, not exactly maid but not fully adopted or accepted as daughter to Cameron, that left her open to more opportunity. By the time she was 16, she had become one of Cameron’s favourite models and a young woman of good manners and grace. When Cameron exhibited in the French Gallery, London in November of 1865, she used Mary as a hostess for the occasion, noted by artist and girl-spotter George Price Boyce in his diary: ‘A very pretty fair girl with lovely tender eyes and light brown hair.’ There must have been an added thrill for some visitors to have the heroine of so many of Cameron’s pictures there in the flesh, and for one visitor in particular it proved too much. 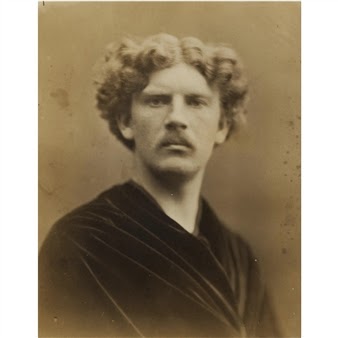 Henry Cotton was born in Madras in 1845, the son of an East India Company employee. He was sent back to England for the predictable public schooling, under the care of his grandparents. When he proved less of a scholar than his brother, instead of progressing into academia, he studied to join the Indian Civil Service. It was while he was studying that he attended the exhibition at the French Gallery and fell in love.

As with most things there are a couple of different versions of the story. I’ll start with Emily Tennyson (wife of the Poet Laureate) who tells the most popular version of the tale. Cotton, while attending the exhibition, fell in love with the beautiful model kneeling at the feet of King Lear... 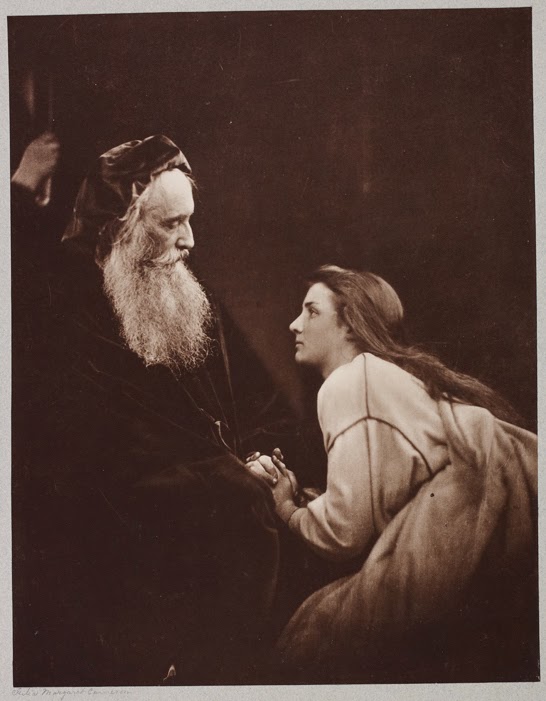 The story goes that Cotton went on to purchase every photograph in the exhibition that Mary Ryan appeared in, getting her to write out the receipt for him in her role as hostess at the exhibition. Cotton, described by Helmut Gersheim, Cameron’s first biographer as ‘the wildly romantic young man with long hair’, travelled to Dimbola Lodge in Freshwater Bay two years later. He was led into the drawing room where he exclaimed ‘I have come to ask for the hand of your housemaid. I saw her at your exhibition and I have all the time kept the bill she wrote out for me next to my heart.’ He had waited until he had secured his post in the Indian Civil Service and could support a wife. He had waited for two years with his receipt next to his heart. How splendidly romantic.


Well, obviously it might have happened quite that dramatically. Cotton himself described the meeting in his memoirs Indian and Home Memories (1911) as being far more straightforward. While visiting the artistic hub that was Little Holland House, he first saw Mary and ‘I wooed and won the fairest of fair young girls who became my wife’. 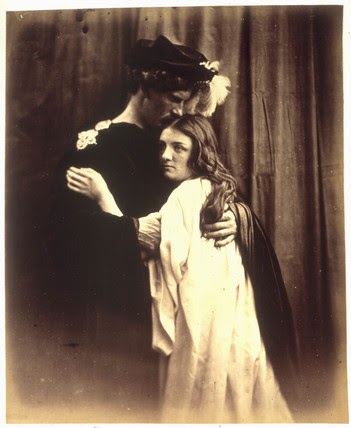 However the couple met, the wedding was set for 1st August 1867 in the church at Freshwater. Mary’s mother attended, which puts pay to the story that she disowned her child or was kept away from her wedding.

Charles Cameron gave the bride away. Alfred, Lord Tennyson lent the happy couple the use of her carriage for the day and his youngest son, Lionel, acted as pageboy. An interest story also exists that on the wedding day, the erstwhile Mr Cotton took one look at the bridesmaid, Kate Shepherd, and announced that she, not Mary had been the one he had fallen in love with. Cameron removed the alluring Miss Shepherd and the wedding went ahead. I find this story dubious because firstly Miss Shepherd was supposed to be a maid and the inference is that a man so foolish enough to fall in love with one maid is not wise enough to realise which one he fell in love with. It also might be a dig at the ‘folly’ of the Camerons, encouraging the social boundary breaking, palming off their beggar-maid on a nice but dim rich boy. Another story that exists about the wedding day is the bride’s mother is meant to have asked Mr Cameron if he was disappointed that Mary did not marry his son Charlie. Mr Cameron’s response is not recorded, but it is assumed that enthusiasm for cross-class marriage might not have extended to one’s own children. Cameron in her memoir, Annals of My Glass House, described the match: ‘Entirely out of the Prospero and Miranda picture sprung a marriage which has, I hope cemented the welfare and well-being of a real King Cophetua...’ 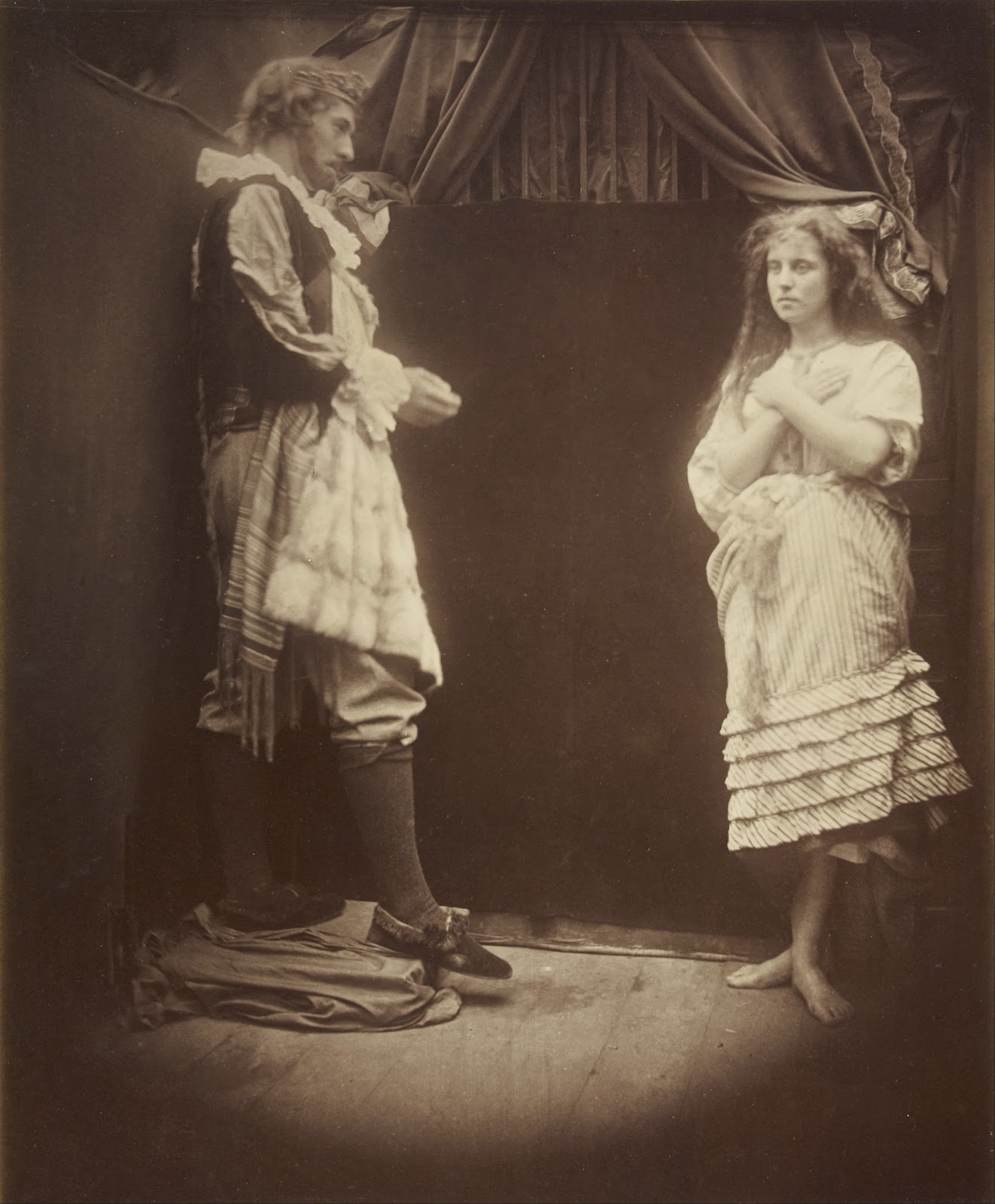 She wrote this in 1874, the same year she produced a photograph of King Cophetua and the Beggarmaid as an illustration of Tennyson’s Idylls of the King. By this point Mary and her King had moved to India and had four sons and a daughter. Mary returned with her children the same year and did not return to India and her husband until the end of the century. Henry Cotton was Assam Chief Commissioner by then, and working hard to confer some sort of fair working conditions and pay for the indigenous tea plantation workforce. Although defeated by the authorities, he was made a Lord in 1902 and Mary became Lady Cotton. Henry Cotton continued to campaign for fair treatment and constitutional reforms in the treatment of India. 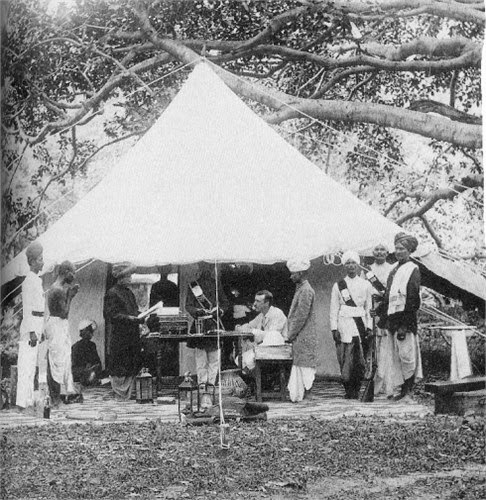 Mary died in 1914, her husband a year later, not wealthy but having accomplished a spirited rebuttal to the colonial status quo as well as creating a Lady out of an Irish child-beggar. It seems the Cotton’s
revolution extended beyond class boundaries to race and colony, further than even Julia Margaret Cameron could have envisaged in her photographs. 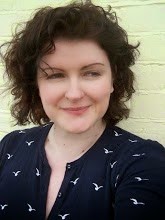 Enormous thanks to Kirsty Stonell Walker for this fascinating story - a love story played out in the most glorious photographs. 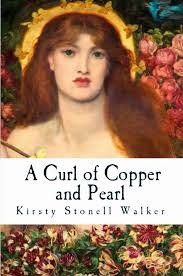 Kirsty is an author with a great interest in the Victorian era. For more about her work and her books, please see her blog: The Kissed Mouth.