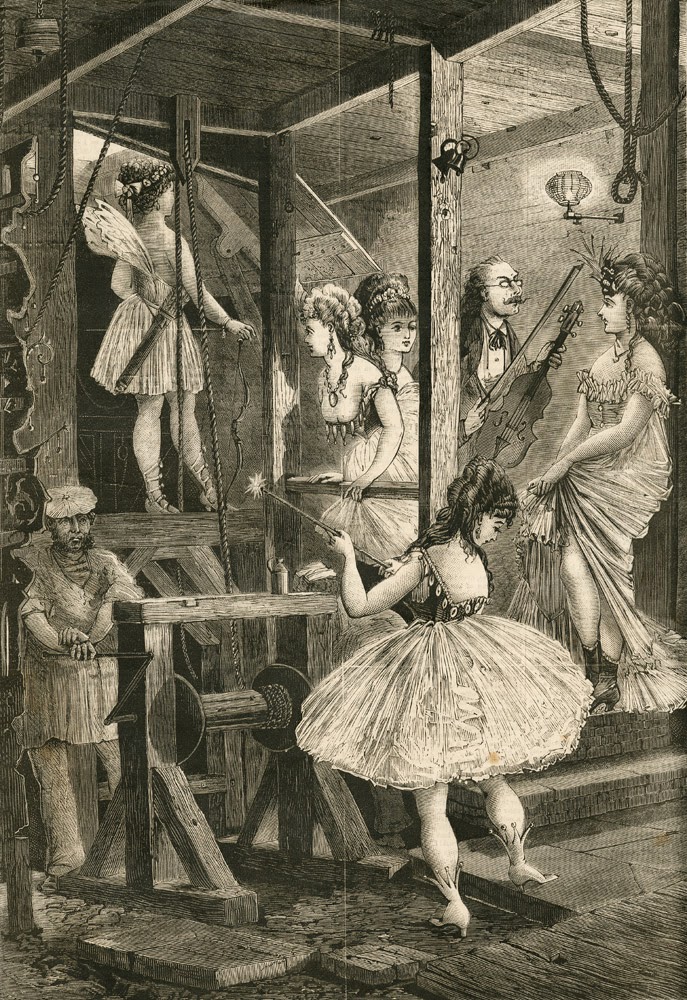 This engraving is a reminder of the inspiration for the VV's first Victorian novel, The Somnambulist, which opens with the imaginary setting of a pantomime performance at Wilton's Music Hall in London.

In the nineteenth century, a visit to a panto was a traditional Christmas pleasure. Shows were elaborate affairs with music, song and dance, lashings of wit and topical satire, rhyming couplets and double entendres. 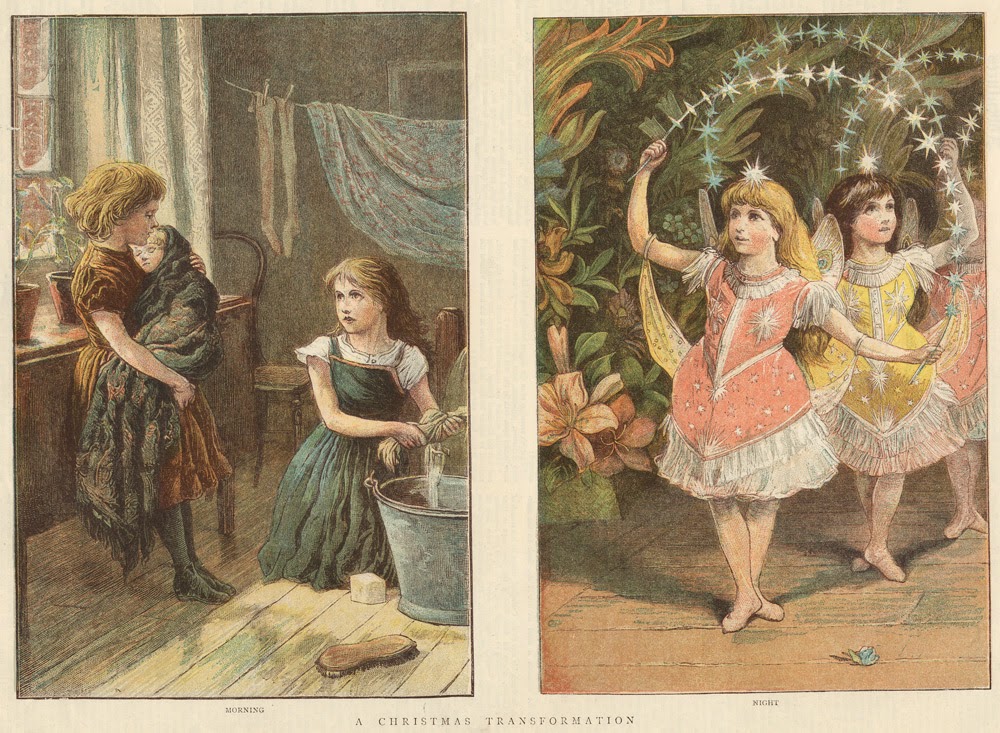 The word 'pantomime' stems back to Ancient Greece, when an actor, or 'pantomimus' told stories to an audience through the means of mime or dance. Music would be played. A chorus line would chant and sing. 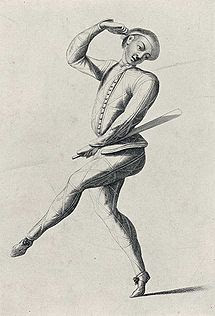 In the middle ages, the Italian Commedia dell’Arte (for which we also owe our thanks for the creation of Punchinello, or Mr Punch) was a type of entertainment where performers travelled around market shows or local fairgrounds. Story lines were improvised around the character, Harlequin, who wore a diamond-patterned costume and who carried a magic wand. Later on, this part was played by the famous clown, Grimaldi, who died in 1837 ~ the year Queen Victoria came to the throne. 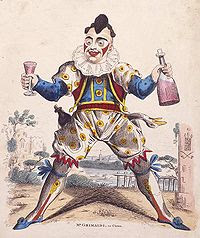 In England during Victoria’s reign, the stories that they told became entwined with the antics of rural English Mummers. Eventually, these shows evolved into grand pantomimes, with many of them still being based around the part of Harlequin. 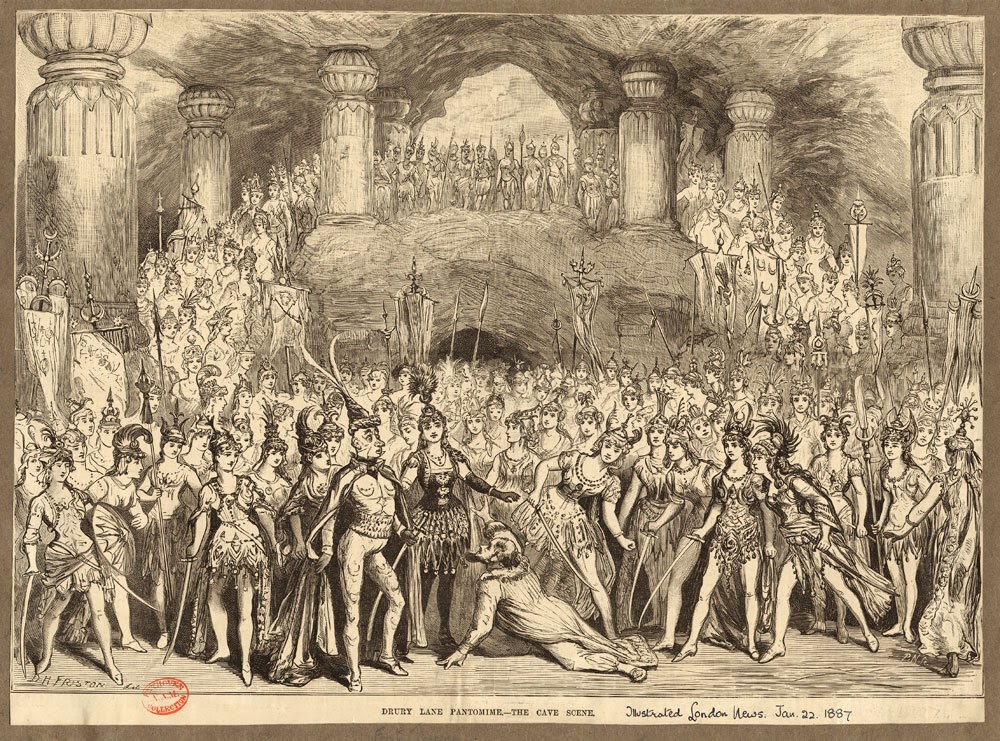 The proof of this is found in the titles of the shows. There was Harlequin and the Forty Thieves ~ or  Jack and the Beanstalk; or, Harlequin Leap-Year, and the Merry Pranks of the Good Little People (children and dwarves would be employed). And in 1863, W S Gilbert wrote: Harlequin Cock Robin and Jenny Wren; or, Fortunatus and the Waters of Life, the Three Bears, the Three Gifts, the Three Wishes, and the Little Man who Wooed a Little Maid. 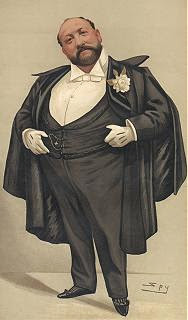 For whatever reason, as time went by the Harlequin character was included  less and less. Augustus Harris, the manager at the Theatre Royal Drury Lane based his shows on traditional fairy tales, such as Jack and the Beanstalk, or Cinderella. These were still extravagant stagings, featuring ballets and acrobatics, not to mention enormous processions of specially recruited children. There would also be magicians, and clowns performing slapstick, with a great deal of cross-dressing and sexual innuendo. Just like today, audience participation was a thing to be encouraged, with familiar refrains such as: 'Oh no, he isn’t…Oh yes, he is'. There were also the popular ‘skins’, when actors would dress as animals; sometimes even as insects as seen in this illustration for the show of Cinderella. But more usually, the skins would play the back or front end of a horse or cow (a role once undertaken in a later era at the Stockport Hippodrome by the young actor, Charlie Chaplin). 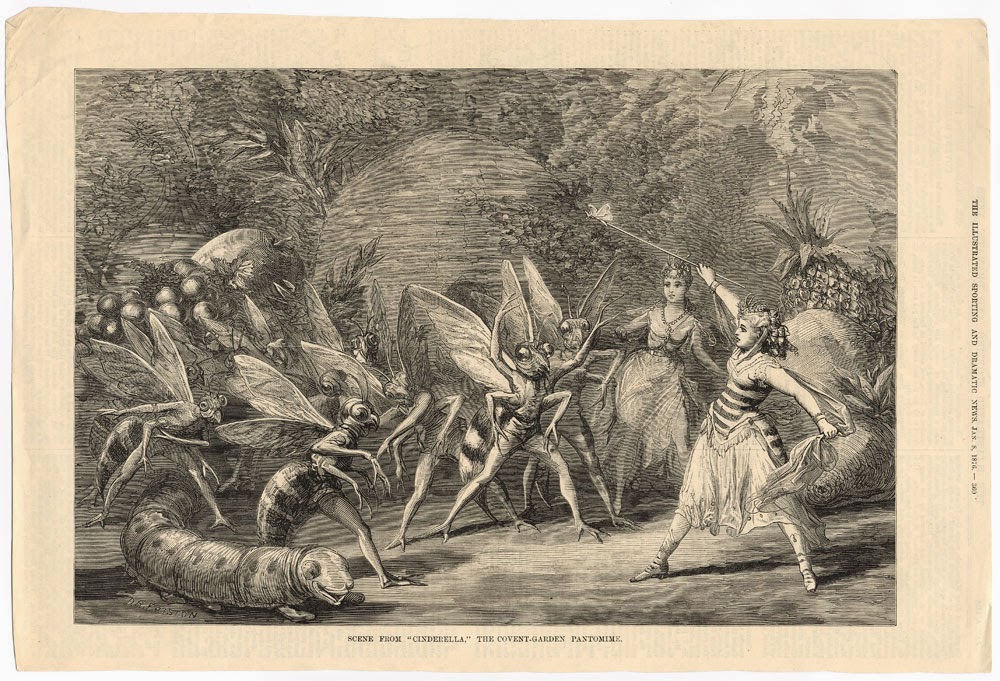 From the V & A Archives
Shows could go on for hours. In 1881, Augustus' Harris’ The Forty Thieves began at 7.30pm and ended at 1am next morning. One of the scenes lasted for forty minutes, while the thieves (each with his own enormous band of followers) processed in lines across the stage. 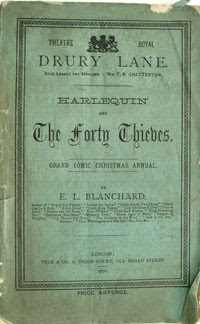 The cost of that production was £65,000, the equivalent of several millions today. But then, with popular music hall acts such as Marie Lloyd and Dan Leno taking on the the starring roles, the shows became a great success – artistically and financially.
Wouldn't it be wonderful to travel back in time and see those pantomimes today.