THE GLORIES OF CHISWICK HOUSE...

Once upon a time, in a previous century, the VV lived in Chiswick, and rarely did a week go by when she did not take herself off for a stroll through the grand vistas and hidden, meandering pathways that made up the grounds of Chiswick House. 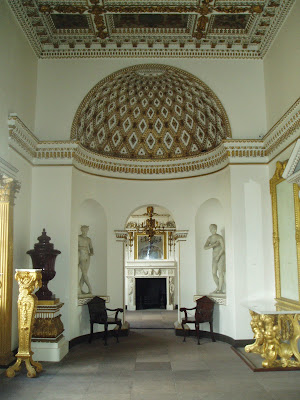 The classical villa was originally built by the third Earl of Burlington (1694-1753) in grounds purchased by his grandfather. Influenced by the Italian architect Andrea Palladio, and his follower, Inigo Jones, the house was constructed in the neo Palladian style and, rather than being an actual home, was used as a venue for lavish parties as well as being a showcase for valuable art and furniture collected on the continent. 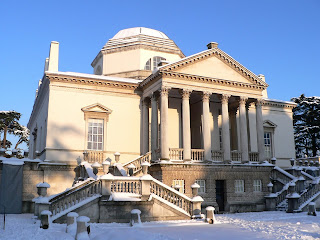 Together with William Kent, the earl – who was known by Horace Walpole as the ‘Apollo of the Arts' - transformed the gardens with new designs based on romantic Italian landscape paintings and houses that he had visited when travelling on the Grand Tour. Departing to Chiswick in the heat of summer, leaving the stink of London behind, guests could hide in the ha-ha, or wander across the stone bridge and look into the lake, or wander beside the artificial river – then quite a revolutionary affect – and all surrounded by informal planting, the lushness of which was balanced by formal architectural details such as classical statues, Doric columns and an Ionic temple. 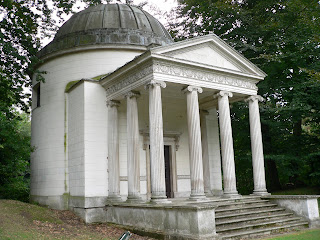 Often visited by Georgiana, Duchess of Devonshire, the house went on to play host to such luminaries as Handel, Sir Walter Scott, and – here’s some Victorian reference! – Queen Victoria and Prince Albert. 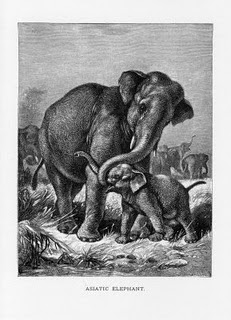 The VV particularly likes the fact that during the Victorian era, Georgiana’s son, the ‘Bachelor’ Duke filled the grounds with a menagerie that included an elephant, some elk and emus and kangaroo, and also a sacred Indian bull. Sadly, she can find all too little information regarding this interlude in the house's history. 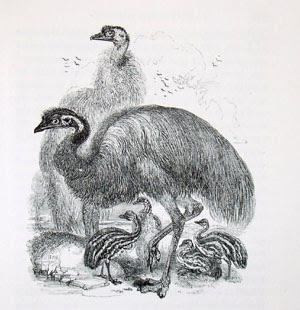 In later years, the Prince of Wales was a tenant, and one can only begin to imagine the parties he must have held - probably something like that depicted in The London Illustrated News when, in 1844, the Duke of Devonshire held a grand fete, banquet and ball in honour of the Emperor of Russia. 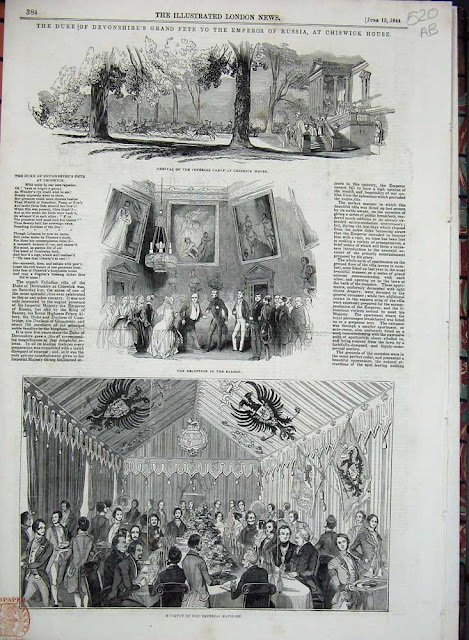 By 1892 the house had been leased out again, and this time much less glamorously, being used as a mental institution for wealthy male and female patients, confined in additional wings built onto the side of the house in the late 1700's. The asylum was run by the Tuke Brothers and closed in 1928. The hospital wings no longer exist having been demolished in the 1950's, but some records do survive in the Wellcome Institute's library, along with letters from the patients which make interesting reading - such as one gentlemen demanding that he should be given some brandy, and a woman who complained that her accompanying nurse snored so loudly that she was unable to sleep. On the whole the asylum appears to have been run well. The fees paid by the inmates' relatives would probably have ensured good care. However, in Elijah's Mermaid, the VV's latest Victorian novel,  those wings have provided the setting for some most disturbing scenes.

After fallen into some decline at the start of the twentieth century, in recent times the house has been lovingly restored. The gardens have just been re-opened, having been subject to a £12 million face lift, overseen by English Heritage – an amount which is vast but, in real terms, is substantially less than that which was originally spent.

The VV recommends a visit to Chiswick House. Click here for The official site which is excellent. And when you are footsore and weary from strolling around the house and grounds you will find a lovely cafe in which to rest and drink some tea. You won’t be disappointed.