TURKISH BATHS AND THE PERFUME OF 'HAMMAM BOUQUET'... 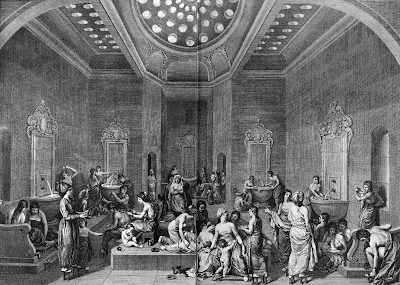 When writing her novel, The Somnambulist, the VV wanted to introduce a perfume that would have been in production during the mid nineteenth century; a fragrance that might have been suitable for men and women alike - and the heady and glamorous concoction of Penhaligan's Hammam Bouquet fitted that need to perfection. 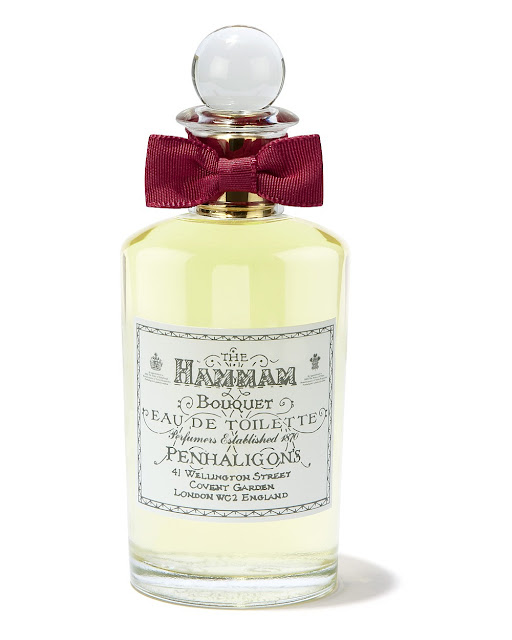 First created by William Penhaligon in 1872, this lovely fragrance, still manufactured today, is described as being ‘...animalic and golden... warm and mature, redolent of old books, powdered resins and ancient rooms. At its heart is the dusky Turkish rose, with jasmine, woods, musk, and powdery orris. 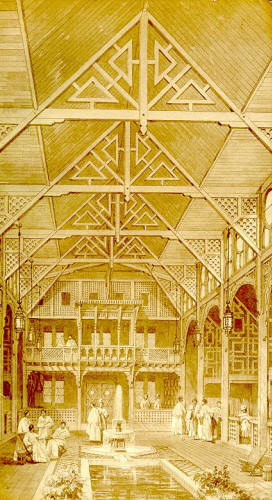 Hammam Bouquet soon became a great favourite with respectable Victorian gentlemen, even though  it owed its provenance to the odours that were found in the Jermyn Street Baths. The VV finds it amusing that, considering the era's sexual repression, this seductive and musky fragrance intoxicated the senses with fantasies built on exotic romance, of naked sultans in steamy baths in Turkish harems and boudoirs.
The Turkish bath became very popular in later nineteenth century England, with the concept introduced by a man called David Urquhart; a foreign diplomat and sometime Member of Parliament who had travelled extensively throughout Spain and Morocco.
In fact, a Turkish Bath had more in common with ancient Roman custom. It consisted of first sitting for some time inside  a ‘warm room’, heated by dry air to encourage perspiration. A spell in a second hotter room and the bather would be splashed and cooled in baths of colder water. After this he would enjoy an entire body wash, a massage, then relaxation. 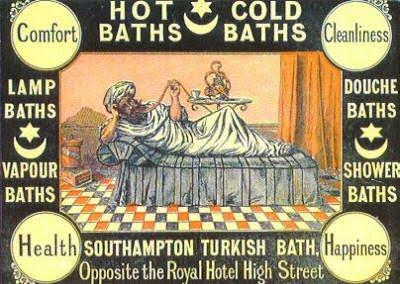 An advertisement for the Southampton Turkish Bath

The Jermyn Street Baths also employed a resident tattooist who was known for his skill in producing artistic dragon designs, and ~ if the rumours can be believed ~ some of Queen Victoria’s sons were decorated in this manner after visiting the establishment.
What would their mother have thought of that? Perhaps she would have encouraged them to keep away from the Turkish baths and install a 'Quaker Cabinet' for their private use instead. 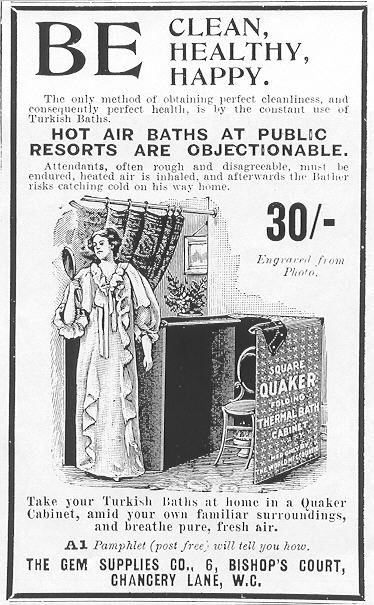 ﻿With thanks to Malcolm Shifrin and information gleaned from his website: Victorian Turkish Baths: Their Origin, Development, And Gradual Decline.
Posted by Essie Fox at Thursday, July 22, 2021