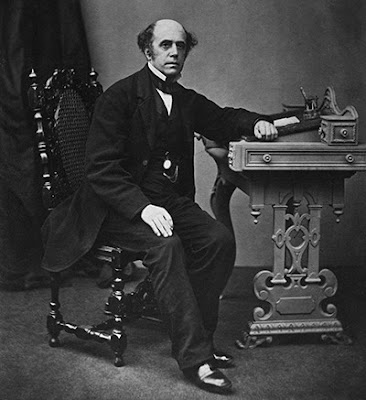 
Package holidays may seem to be a modern construct, but their origins go back over many centuries, very often being organised for mass religious pilgrimages.

The Victorian Thomas Cook was no exception to this rule when he founded his own company to provide travel arrangements that were ‘simple, easy and a pleasure’ and in which he was ‘the willing and devoted servant of the travelling public’. 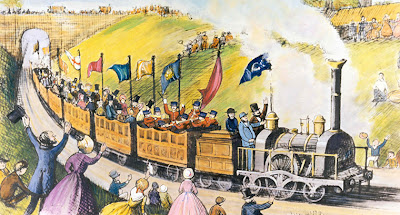 An illustration of Thomas Cook's First Trip, organised in 1841

The grandson of a Baptist minister, Cook was born in 1808 in the Derbyshire market town of Melbourne. Trained as a wood-turner and cabinet-maker, on reaching the age of twenty Cook preferred to choose a different trade. Following his heart - and soul - be became a wandering preacher. But he clearly had a yearning for adventure and discovery, which emerged when he then planned his first public excursion.

In 1841 he organised a 12-mile railway journey which originated in Leicester and ended up in Loughborough to celebrate a temperance gala. 500 passengers paid a shilling each for their bookings, with the outing being so successful that Thomas was soon being asked to organise another. 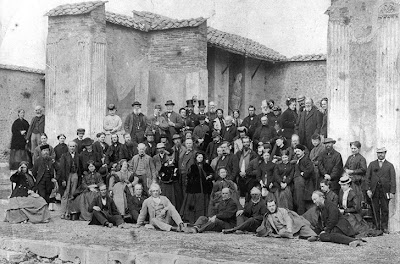 By 1855, the business was turning a profit with regular railway excursions to cities such as Liverpool or Nottingham. European 'packages’ followed where tourists could embark on  a ‘grand circular tour'. This included visits to Brussels, Cologne, the Rhine, Heidelberg, Strasbourg and Paris. In each city hotels and meals were provided. Even the exchange of foreign currency (by 1874 Cook had devised an early form of travellers’ cheques) was included in the price. 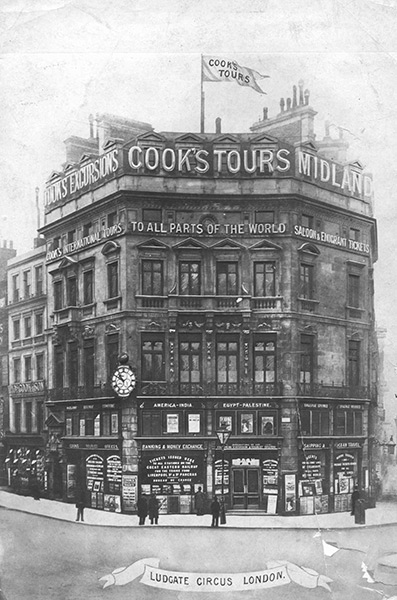 There was such an interest in this form of travel that by 1865 a shop was set up in London’s Fleet Street. In 1873 by an imposing head office stood proud in Ludgate Circus. The hugely successful business was then left in the capable hands of Thomas’ son,  John Mason Cook, when, at the age of sixty-three Thomas indulged his own passion for travel and set off on a personal tour that lasted 222 days. During this time he covered more than 25,000 miles, visiting Egypt and China via the Suez Canal which had opened in 1863. 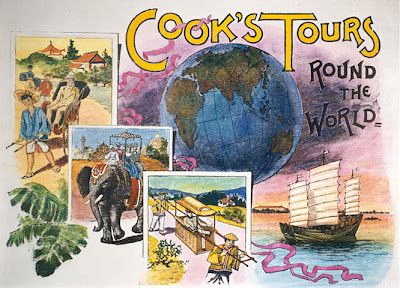 A Thomas Cook brochure cover from 1891

The business endured for almost 200 years, becoming a trusted and thriving company. But today  financial losses have led to its sad collapse.