PAPERBACK COVER DESIGN FOR THE NOVEL, THE GODDESS AND THE THIEF... 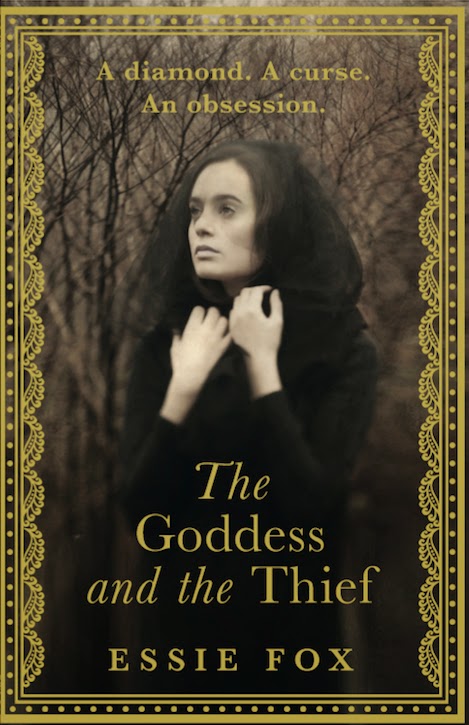 The VV is really pleased to announce the cover reveal for the mass market paperback version of The Goddess and The Thief  which is due to be published by Orion Books at the end of November 2014.

This is a completely new look for the novel, and quite a departure from other covers, where the original hardback designs have also been used for the paperback versions.

The VV likes it very much and, in reality (rather than when being viewed on a screen), the dark moody tones of the sepia image provide a stunning contrast to the gilded border and lettering. It is perfectly evocative of this gothic, ghostly and sensual novel in which a young woman finds herself caught up in a web of obsessive deceits while being torn between two different worlds ~ that of her youth in India, with the influence of tales of the Hindu gods ~ and her claustrophobic English life in the home of a spiritualist medium.

For more information, a Pinterest page for visual reference, and also reviews of the hardback novel, please see this link.

And for a chance to win a free copy of this new paperback first edition, please see my publishers' Book Giveaway on GoodReads.

Email ThisBlogThis!Share to TwitterShare to FacebookShare to Pinterest
Labels: ESSIE FOX, PAPERBACK COVER, THE GODDESS AND THE THIEF