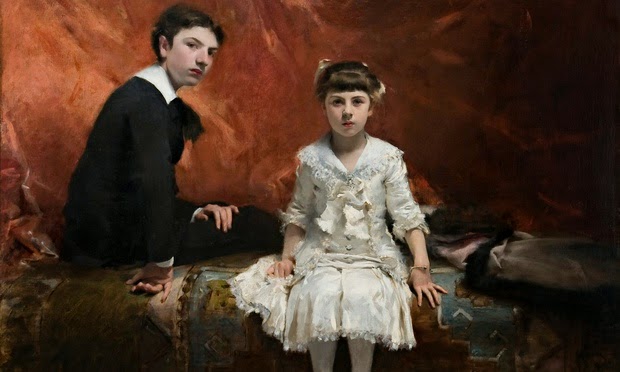 
As it is with the world of fashion, the popularity of certain styles of art will art wax and wane along with the times. Sometimes, appreciation comes only after the artist's death, as in the case of Vincent Van Gogh. 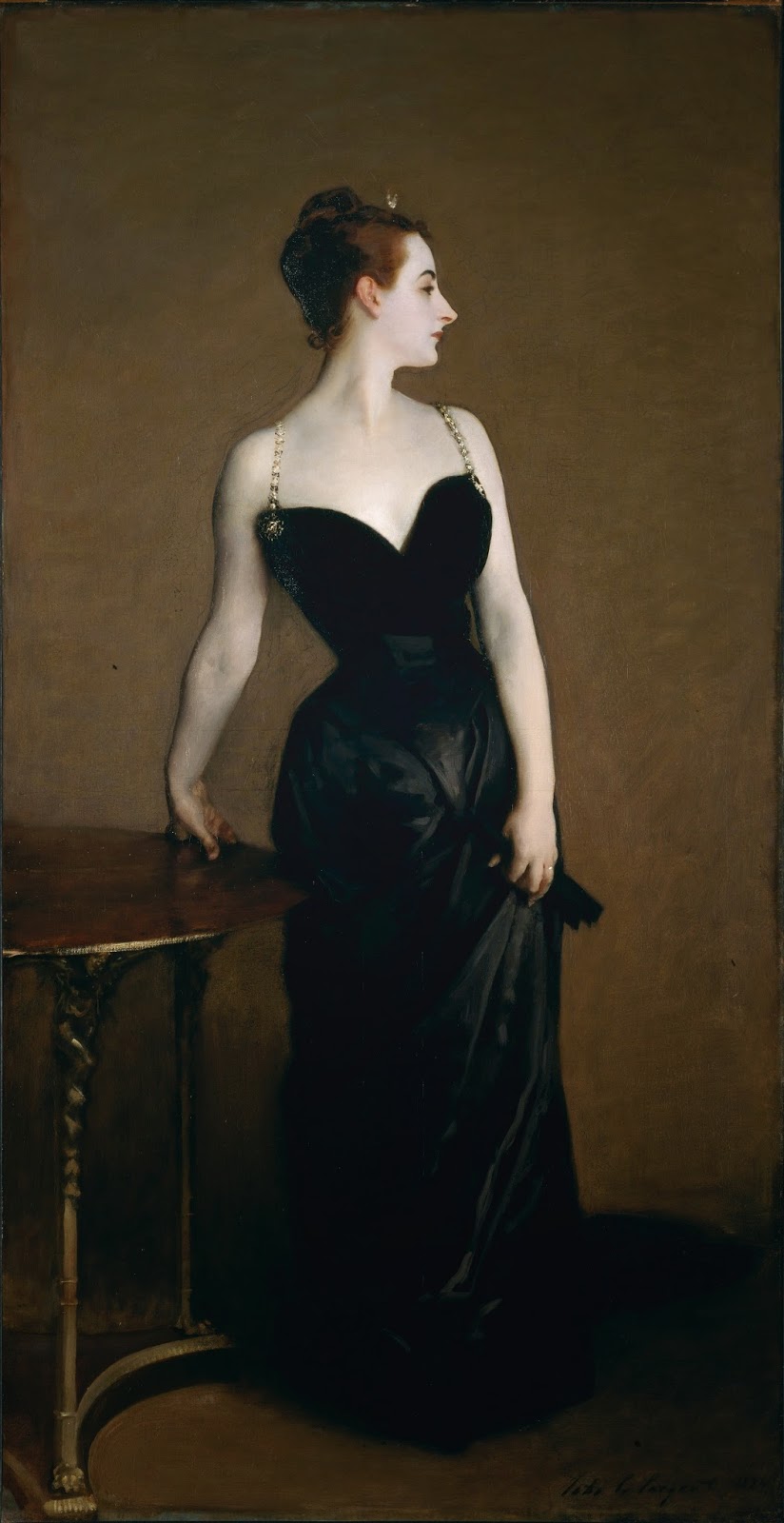 By comparison, John Singer Sargent’s art was wildly popular while he lived. The son of American parents who travelled all over in Europe and never went home again, Sargent first trained as an artist in France where he painted the scandalous Madame X – after which he left Paris to settle in London, gaining admiration, wealth and success for his elegant society portraits.

But after his death in 1925 the value of his work plummeted, being viewed as old fashioned and frivolous,  very much of a certain age and time. The influential critic, Roger Fry, even went so far as to say that Sargent's work was completely irrelevant to 20th century Modernism.

Perhaps he was thinking of the style of work shown in The Fountain below, which is somewhat indicative of the privileged nature of the rich in the so-called Edwardian summer, which was all too soon to merge into the horrific realities of war. 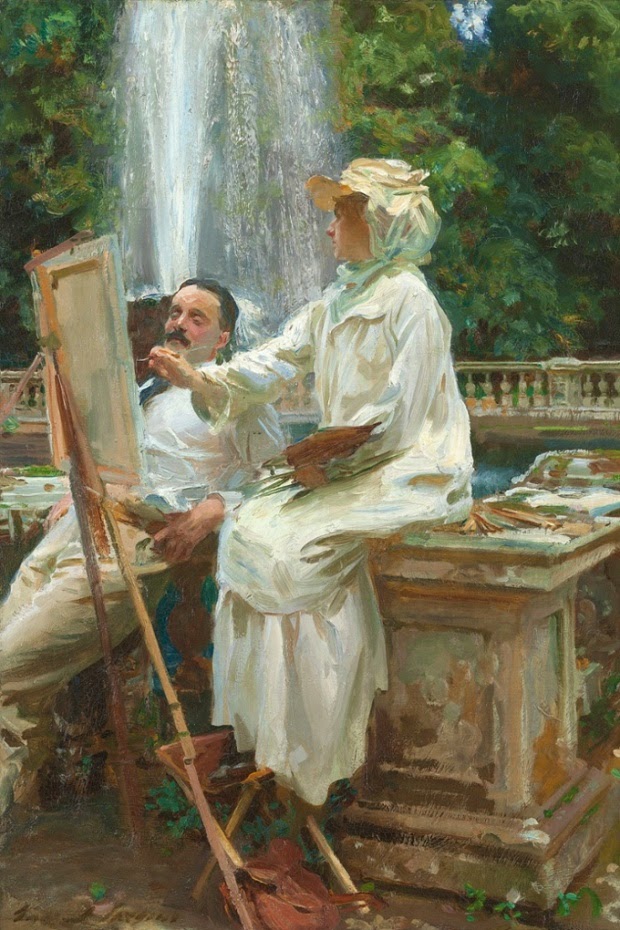 So, by the 1960’s when Richard Ormond (Sargent’s sister’s grandson) began to collate and exhibit some of Sargent's artworks, his friends assumed that he was mad - until now when the National Portrait Gallery are hosting a major exhibition – after which the collection will move on to the Metropolitan in New York. 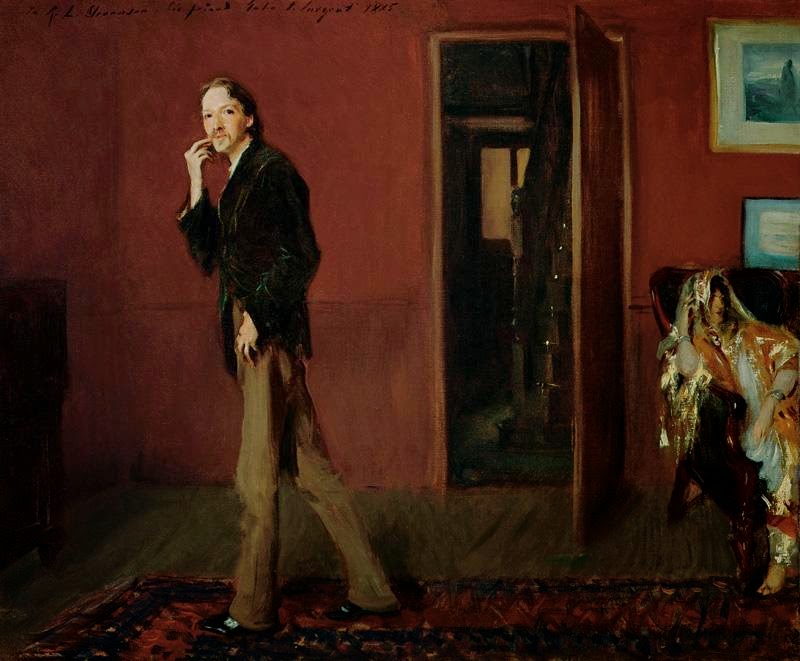 Portrait of R L Stevenson by John Singer Sargent, with the writer's wife sitting on the sofa to the right of the frame

Sandy Nairne, the director of the National Portrait Gallery says that: “Extraordinary and rare loans are coming together for the first time to demonstrate Sargent’s talent in a new way.” In essence, this  exhibition will expose the looser intimacy to be found in the work concentrating on Sargent's family and friends, as well as fellow Americans abroad. There will be fascinating personal depictions of fellow artists, actors and writers – though R L Stevenson was said to have called one of his portraits ‘damn queer’, and the VV has no idea at all of what Ellen Terry might have made of the portrait in which she posed as if still playing the part of Lady Macbeth, when she wore her magnificent beetle gown. 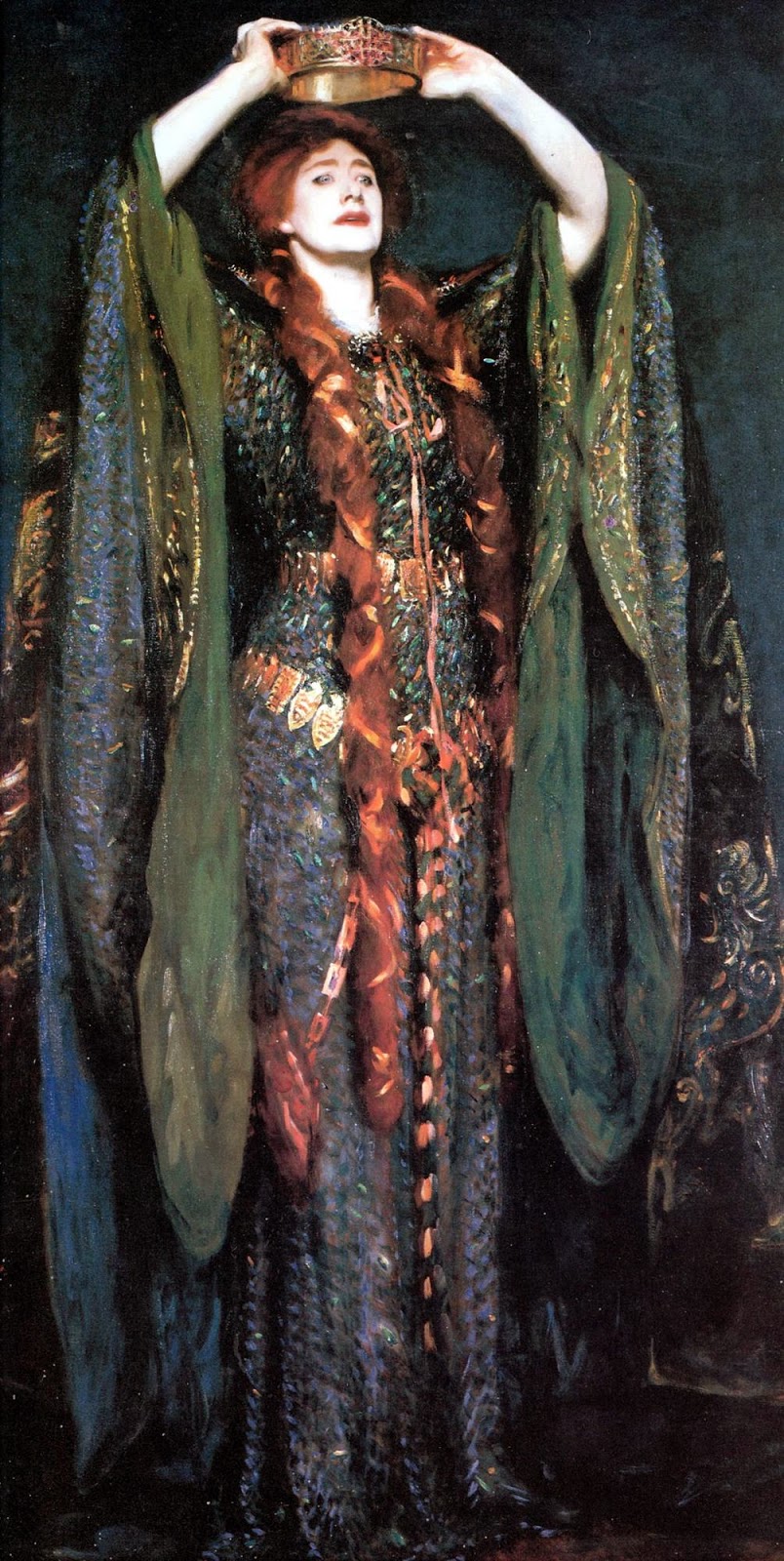 
The VV adores them both - such striking, powerful images. She was mesmerised by this exhibition which opened at The National Portrait Gallery on February 12, and which ends on 25 May 2015.

Hurry, hurry, hurry... and you'll be able to see such gorgeous vivid pictures as this, with faces that - at any moment - might turn to look you in the eye, or speak to you, or even sing. The portraits really are 'alive'. 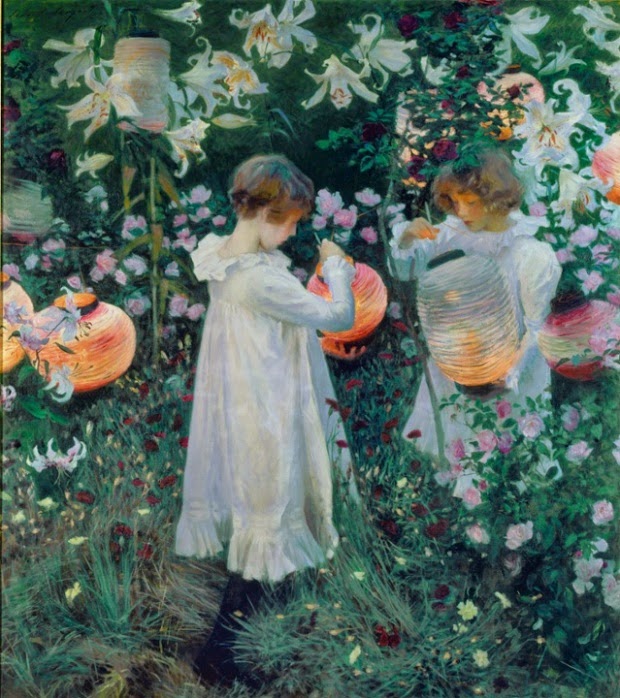 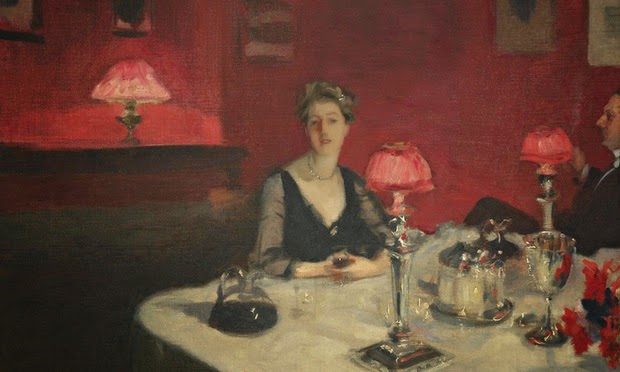 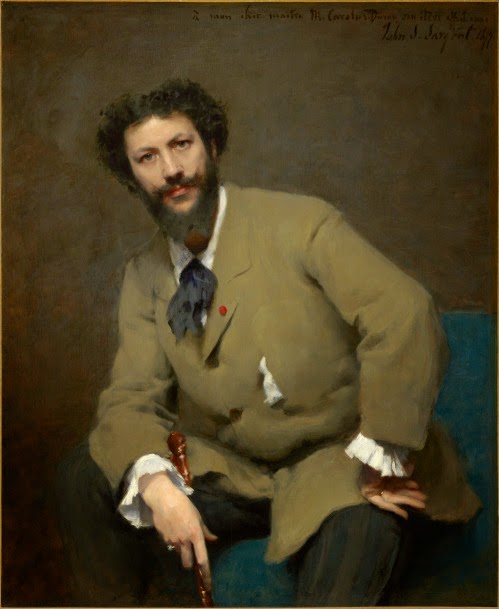 Dr Prozzi - A Parisian and doctor and seducer of women
A somewhat satanic image! 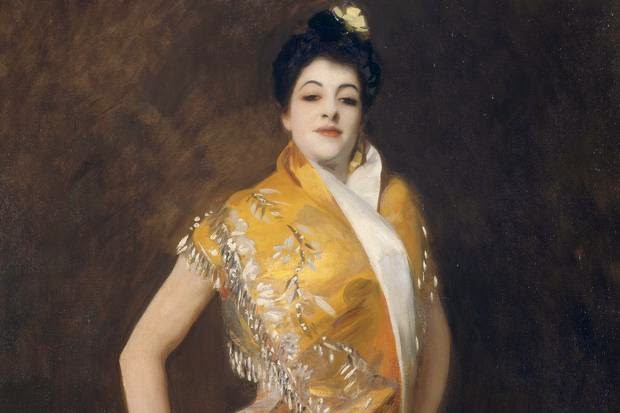 And there is also this 'Connections Map' to show the circles of friends and artists with whom Sargent was well acquainted.
Posted by Essie Fox at Thursday, April 30, 2015