It may not be winter, but the VV has been thinking about the beautiful photographs of snowflakes made by Wilson Alwyn Bentley. 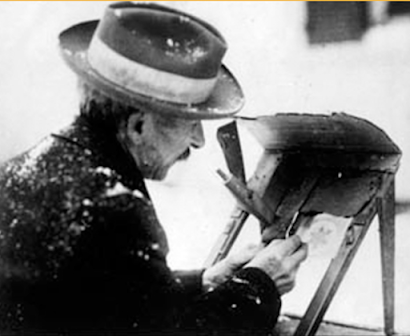 Born in 1865, 'Snowflake Bentley' (as he came to be called) was raised on his family farm in Jericho, in the American state of Vermont where the annual depth of snowfall could be as much as 120 inches.

From childhood he was said to be fascinated by the natural world around him; so much so that at the age of fifteen his mother decided to give him the present of a microscope. Using this magnifying tool, Bentley was captivated by close-up views of snow crystals, which he placed on a black velvet base so as to see them yet more clearly. But to preserve these wondrous sights, each of which was quite unique, and with the ice flakes often melting before he could try to sketch them, the young Bentley set his mind on finding a method of attaching a camera to the lens of the microscope. Using this technique of photomicrography he was able to compile a vast collection of remarkable images. 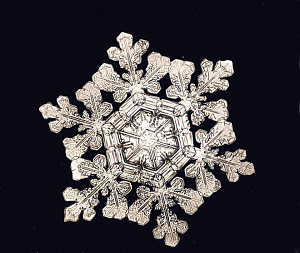 Describing his snowflakes as "ice flowers", he eventually produced over 5,000 photographs of these stunning ephemeral crystals. Little wonder they were sought out by the Harvard Mineralogical Museum and the University of Vermont. Indeed, examples of his work are held by academic institutions all over the world. This includes the Smithsonian, where Bentley sent 500 prints in 1903, expressing the hope that they would be preserved for future posterity. 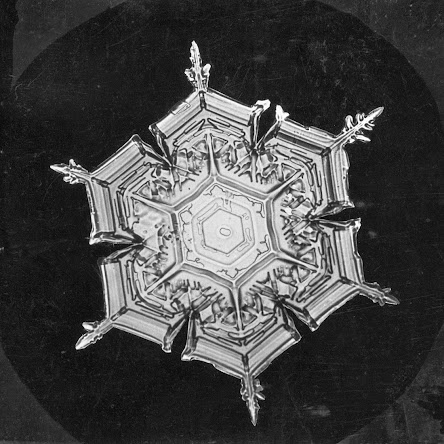 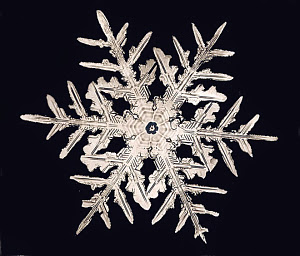 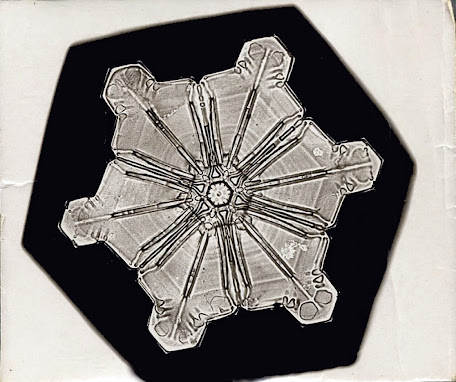 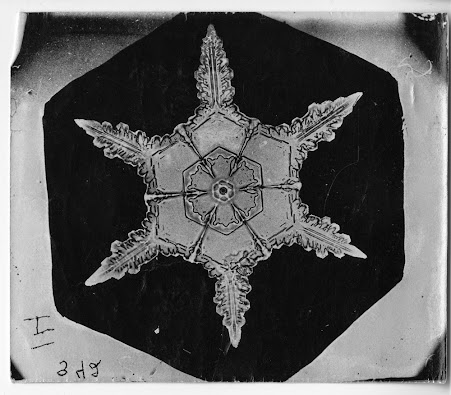 What an irony it is that Bentley died from a case of pneumonia, having been stranded and lost one day in a blizzard of ice and snow. However, before his death he did have the satisfaction of seeing his snowflake prints produced in a collection by McGraw Hill. That book has since been produced in various different editions and is still available today.

There are many sources online where more can be discovered about the man. For now, here is a short film uploaded to Youtube by Chuck Smith which is called The Snowflake Man ...