BRAM STOKER AND VARNEY THE VAMPIRE... 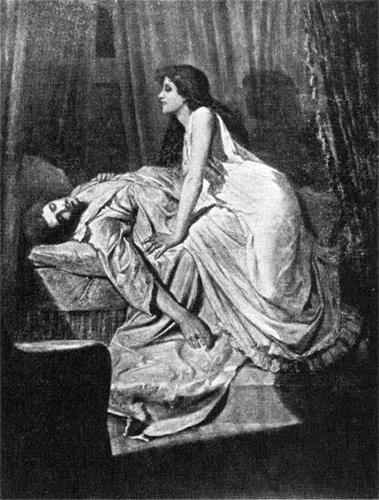 The Vampire by  Philip Burne Jones

The medieval myths about vampires, otherwise known as 'upirs', originated in eastern Europe and were rapidiy personified in actual living characters such as Vlad the Impaler, or Countess Elizabeth Bathory - the latter being the infamous mass murderer who was said to have bathed in her victims' blood. 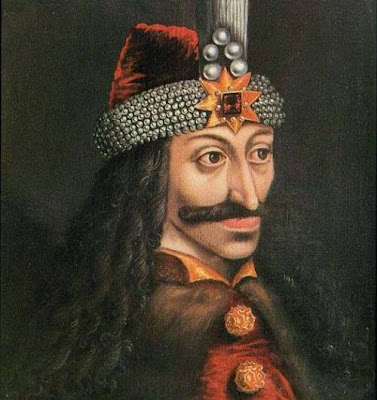 The matter was taken so seriously that by the year of 1484 the 'Malleus Maleficarium', otherwise known as the witch hunter's bible, described how to kill the vampire scourge. After that, as the centuries drew on, there were frequent waves of hysteria, with corpses often being exhumed from graves to be staked through the heart, or have heads cut off. Better be sure than sorry! The cover of the Penny Dreadful, Varney the Vampire

The stories began to spread and soon took root in Western Europe, becoming a popular theme in poetry, plays, and opera. By 1847 (the year in which Bram Stoker was born) the story of Varney the Vampire described the fictional exploits of a man called Sir Francis Varney, and was serialised in Penny Dreadfuls, otherwise known as Penny Bloods ~ what we would describe as comics now. The 'Feast of Blood' proved a great success. The serial continued for over 2 years, with 220 episodes, and only finally came to an end when Sir Francis concluded the torment himself; travelling to Mount Vesuvius to hurl himself down into its flames. And, if that has whetted your appetite you can read the Varney stories here. 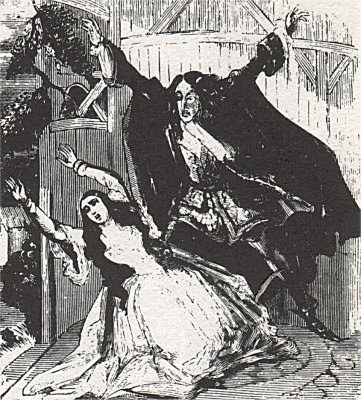 Most Victorian authors would have been all too well aware of Varney. The VV was recently amused when reading a Philip Pullman novel entitled  'The Ruby in the Smoke', in which a character called Jim devours all the Penny Dreadfuls he can get his hands on, after which he confides his own idea for a sensational vampire plot to a gentleman called Bram Stoker.

Before becoming a novelist, the real Bram Stoker had a successful career managing The Lyceum theatre in London. However, in 1897,  his lurid story of Dracula, The Undead, was published. 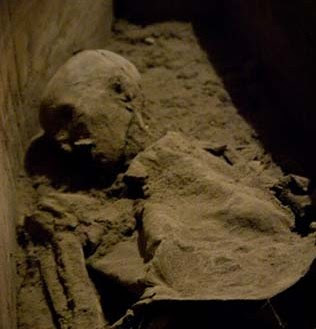 What of his inspiration? Well, Stoker himself had mentioned visits to St Michan's church in Dublin where the vaults have a peculiar atmosphere that encourages mummification. It is there that, to this very day, the 650 year-old body of a Crusader remains almost entirely intact. In addition to such vivid imagery, at the time of writing Dracula Stoker would have been aware of his own irreversible state of health for, although the cause of his demise was cited as being 'exhaustion', this euphemism was often employed when a person died of syphilis ~ a disease now treated effectively by the use of antibiotics but in the Victorian era it led to a cruel and lingering death.


Perhaps that is why his classic work is so oppressively moving in its unique descriptions of sex and death; with its central obsession being that of a vile corruption of the blood. 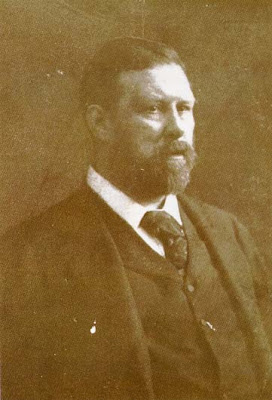