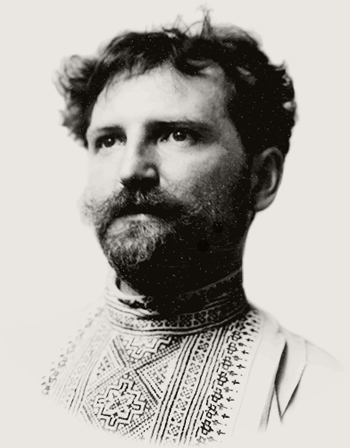 Born in the Czech Republic, the name of Alphonse Mucha was later to become forever linked with the artistic style of Art Nouveau. The mass appeal of his illustrative work was often used for advertisements and commercial designs for which he was always in great demand. Even today his images appear to be fresh and modern. Back in the 1970’s when I first became aware of what is known as 'Mucha Style' (when many of his romantic designs were placed as posters on my walls) I imagined the work was contemporary. 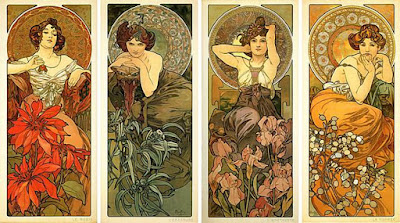 In fact, Mucha’s artistic flair dated back to before he could even walk, when he was obsessed with drawing, when his mother tied a pencil around his neck to be there whenever he needed it. Even so, his first attempt to join the world of art and design was to fail, being refused an entry to the Prague Academy of Fine Art. However, by the age of 19 he found work as an apprentice, painting theatrical scenery in Vienna - until the theatre company closed down after a serious fire.


In 1881, at 21, Mucha found himself travelling in search of work and was commissioned by Count Khuen Belasi to decorate his Moravian castle, mainly with murals of himself and other family members. The count was then so pleased and impressed that he sponsored the talented young man to go on and study more seriously at the Munich Academy of Fine Arts.

Another lucky break was to come at the age of 27 while Mucha was living in France, where the count had agreed to sponsor him for three more years of Parisan study. It was there, when the three years were up and Mucha was desperately looking for work that he visited a print shop one day and, with every other illustrator they used being unable to help out, was asked if he could quickly produce a lithograph poster for Gismonda: a play featuring Sarah Bernhardt. 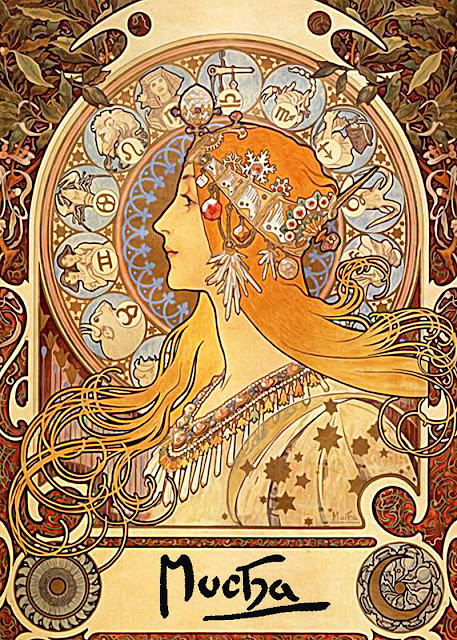 From the Zodia series

The posters were so popular that people stole them from public boards. Sarah Bernhardt was so pleased with the work that she then contracted Mucha to produce her posters for the next 5 years - during which time his work also featured at the 1900 Universal Exhibition of Paris. Meanwhile, he continued to produce an enormous amount of commercial work - most of which featured subtle and muted tones, with neo-classical looking young women, often with halos around their heads and with and intricate floral border work. 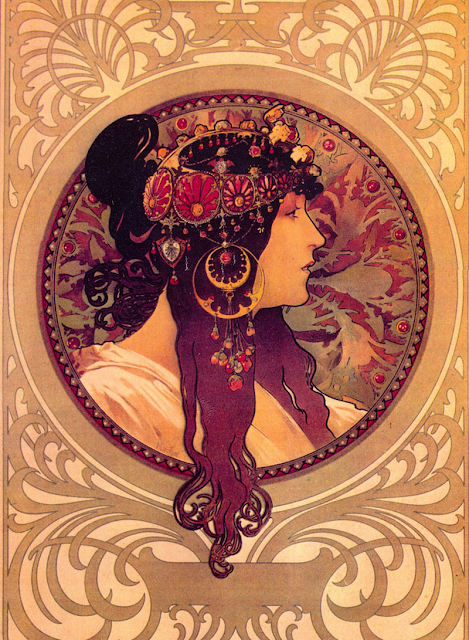 The work continued to flood in, with Style Mucha always in demand for more theatre posters, decorative panels, magazine covers, menus, postcards, calendars, jewellery and tableware; even fabrics for the home. He was also frequently asked to teach at the Academie Colarossi, and then the Academie Carmen. 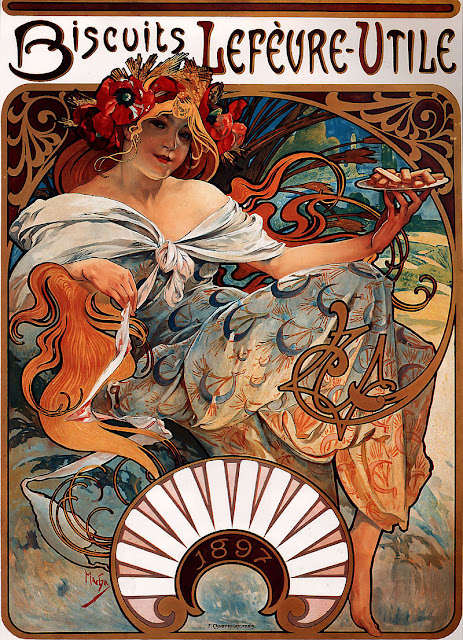 Despite his huge commercial success which eventually led him to New York, Mucha always insisted that his art was primarily a gift he had to communicate a spiritual message. This led to a growing dissatisfaction with the constant demands of professional life. 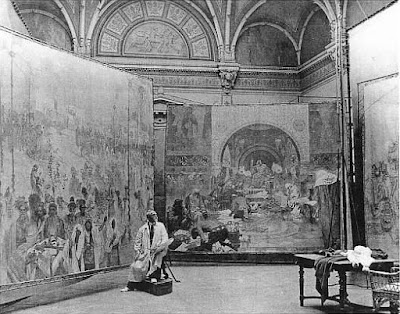 Mucha at work on his Slav Epic

Returning to his Bohemia homeland, he preferred to use his talents to promote pride in nationalism - creating monumental friezes to show the history of the Slavic race, and also many murals for official and political residences. He also designed national postage stamps, banknotes and government documents. 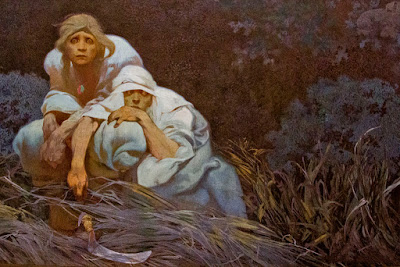 Detail from The Slavs In Their Original Homeland

It was perhaps not a great surprise when Mucha was arrested on charges of inciting national fervour when German troops entered Czechoslovakia in the spring of 1939. During interrogation by the Gestapo he became very ill with pneumonia and died shortly after his release. He is buried in the Vysehrad cemetery in Prague.


For more comprehensive information on the artist, his work and life visit The Mucha Foundation
Posted by Essie Fox at Sunday, July 24, 2016