THE VICTORIAN ART OF PHOTOGRAPHY... 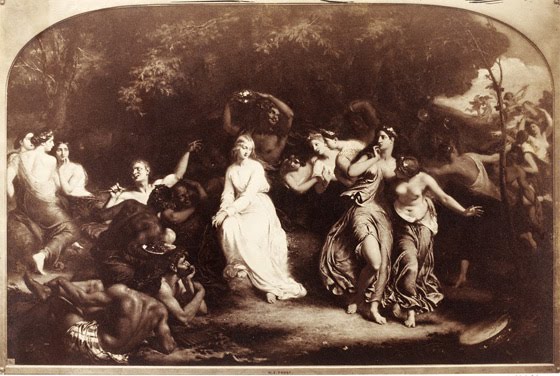 This painting of Una and the Wood Nymphs by Caldesi and Montecchi, was photographed by W E Frost. He then submitted it to be displayed along with some 1009 other images created by fellow photographers at the Victoria and Albert museum (then known as the Kensington Museum) for an exhibition in 1858.

Such a method of reproducing great art was softer and truer than that achieved by the older method of engraving. It was soon to become a commercial success with many people buying prints of art works to show in their own homes.

However, some photographers preferred to go a step further, using real human models when recreating their own scenes from literature or history. For instance, the albumen print below, photographed by William Lake Price, shows Don Quixote in his Study ~ surrounded by all the requisite props to fully reconstruct a scene from the novel by Cervantes. 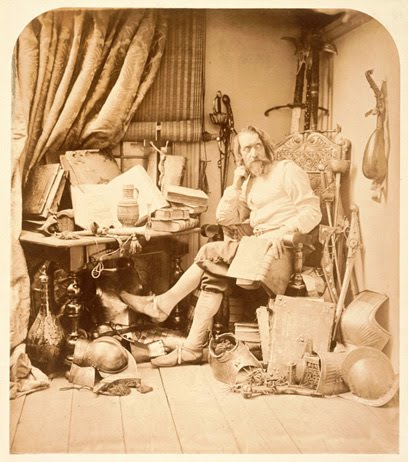 The new science of photography was thus exploited as an art form. But, it was also used as a method of recording industrialisation.

In the image below Robert Howlett showed work on the SS Great Eastern (also known as The Leviathon) which was then the largest steam ship to have ever been constructed. Symbolising the Empire's greatness it was, nevertheless, a commercial failure. The ship was scrapped in 1888.

Still, it is an astonishing print because it really does convey the scale of Victorian ambition in invention, and engineering design. And, as an added bonus, dwarfed below the ship itself, is the engineering 'giant' of the times ~ the top-hatted Isambard Kingdom Brunel. 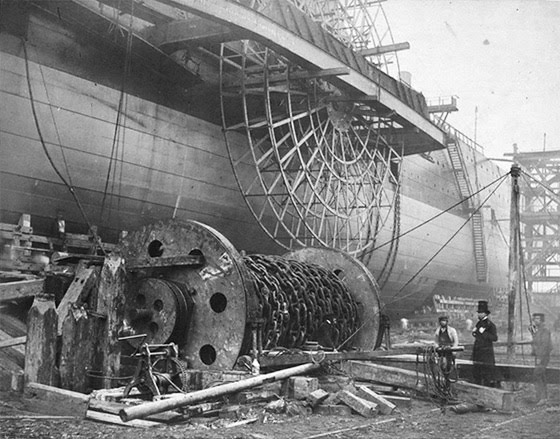 Photography was also used as a record of place and travelling ~ another aspect of Victorian Empire.

Below is the Rameseum of El-Kurneh, Thebes, as photographed by Francis Frith, which is a fine example of how the wet collodian negative process allowed for exquisite detail to be captured in shadow, light, and texture. This scene surely captures everything that entranced the Victorian public regarding the myths, the exotic romance, and the fallen grandeur of the East. 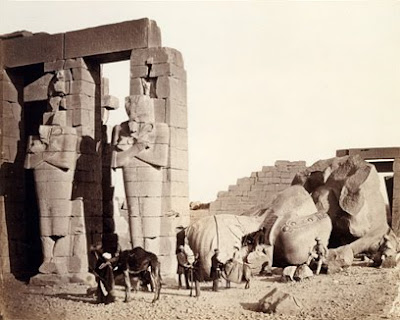