In my previous post, I mentioned Ian Beck's new novel, Pastworld, in which Victorian London is re-imagined as a theme park where the arch villain, Jack the Ripper, may be intent on more than playing a game.

In fiction, the 'character' of Jack the Ripper turns up regularly. Over the years, many theories have been proposed regarding Jack's true identity, including a member of the royal family, a doctor, and even the artist, Walter Sickert. And, some have suggested that the murderer was a woman.

But, most recently, the historian Mei Trow used modern forensic techniques to deduce that Jack may have been a mortuary attendant who went by the name of Robert Mann.

His theory was made into a documentary by the Discovery Channel, and supports a previous FBI examination of the case in which it was concluded that Jack was a white male from the lower social classes, probably from a broken home and with a menial  job that offered some knowledge of human anatomy. 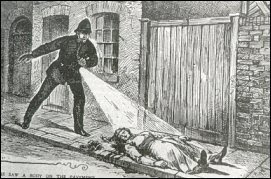 Mann was from a deprived background, fatherless and spending much of his youth in the workhouse. He worked in the mortuary where the Ripper's victims were taken - including two other stabbed women, not previously linked with the Ripper. Mann was even called as a police witness, before being found undressing one body and admiring the wounds - the handiwork that Mei believes his suspect had inflicted earlier. 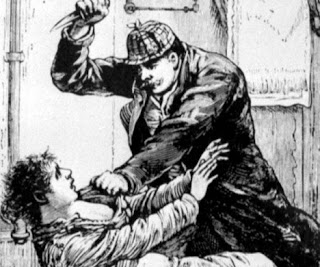 The Metropolitan Police's account of events is available here.

And, should you wish to wander the streets of Whitechapel retracing the steps of Jack and his victims, there are many guided walks. Richard Jones's London Walking Tours appears to offer a well-researched outing for those of a less squeamish disposition. If you prefer to go it alone, his website provides a map and instructions that can be printed off. You don't even have to leave your computer as he offers a virtual walk with a step by step account of the crimes, along with many photographs.