THE REAL VAN GOGH: THE ARTIST AND HIS LETTERS 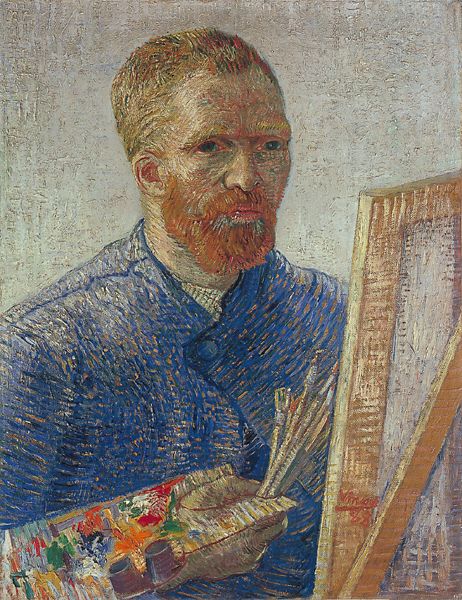 Having just been to see the recent Van Gogh exhibition at Tate Britain, I was reminded of another one in  2010 when much of the artist's work was shown at the Royal Academy in London.

The RA exhibition examined the work of Vincent Van Gogh in relation to the countless letters written throughout his adult life. Many of those letters showed quite a different side to his character - so often portrayed as the tortured depressive who pickled himself in absinthe, cut off his ear in a spate of passion after an argument with Gaugin, and finally shot himself in the chest in a badly bungled suicide, after which he took two days to die.

Most of the letters shown were addressed to his brother, Theo (above) whose profession was that of an art dealer. But, the existence of the RA exhibition, which had been five years in the making and which displayed around 65 paintings and 30 connected drawings, was largely thanks to Theo's wife. 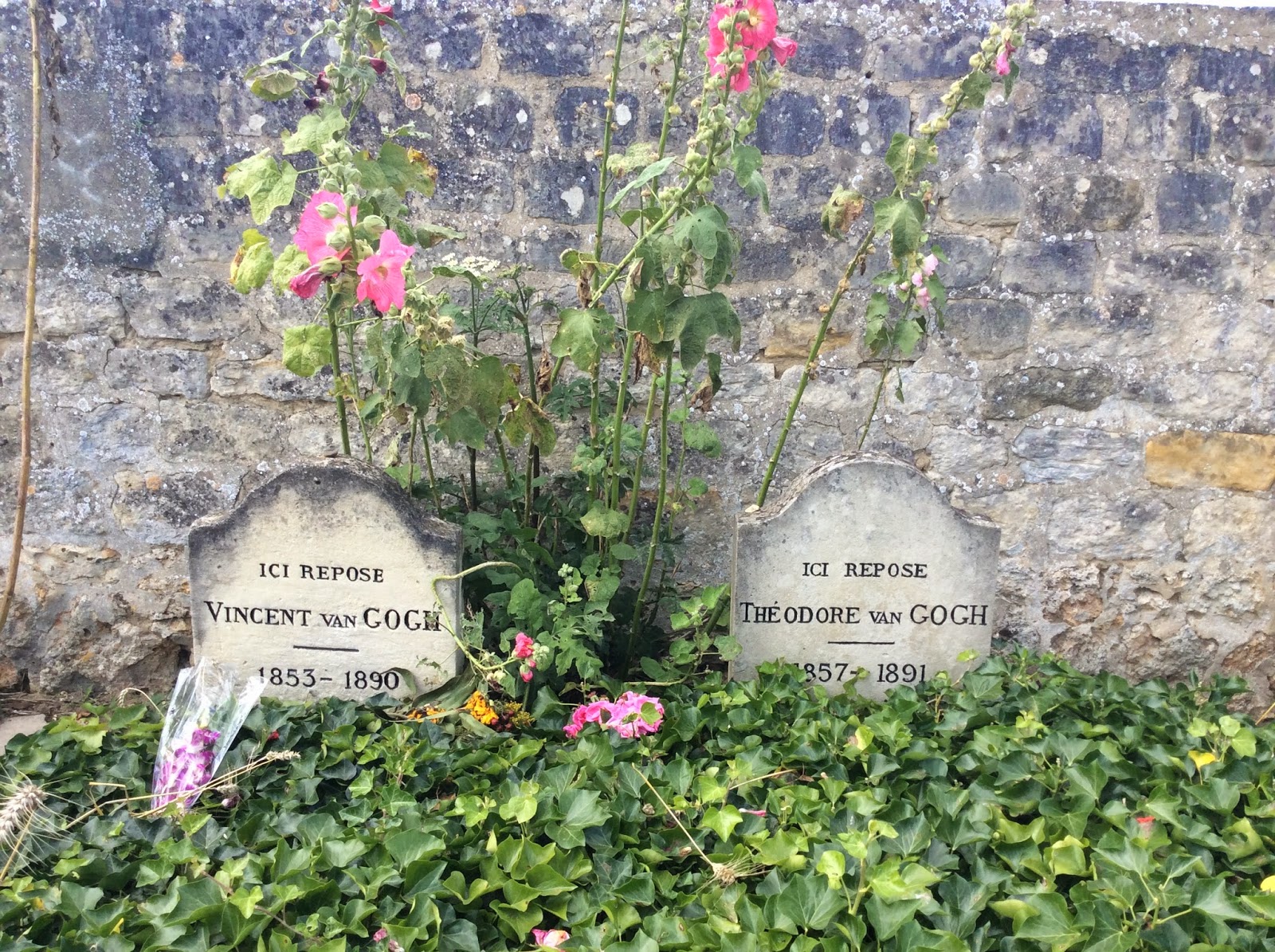 Widowed only six months after Vincent's death when her husband then succombed to the complications of syphillis (the two brothers are buried side by side in graves in Auvers-sur-Oise), Johanna Van Gogh carefully preserved every one of her brother-in-law's letters. And, rather than disposing of what had been Vincent's unsaleable paintings, all of which Theo had collected and stored, she devoted the rest of her life to promoting his talent and work. 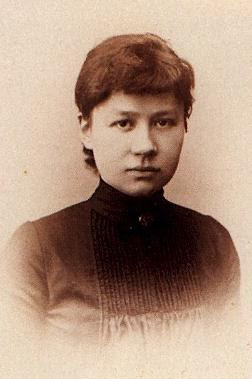 The RA exhibited some 40 letters, many of which are in such a fragile state it is highly unlikely that they will ever be exhibited publicly again. Several of them contained sketches of paintings that Vincent was planning to make in the future. The final pieces that we know so well are often composed of heavy and vibrantly coloured strokes of paint, but these smaller preparatory works were often very precisely executed, with fine straight lines and an element of realism: quite different to the Impressionist style of the larger canvasses. 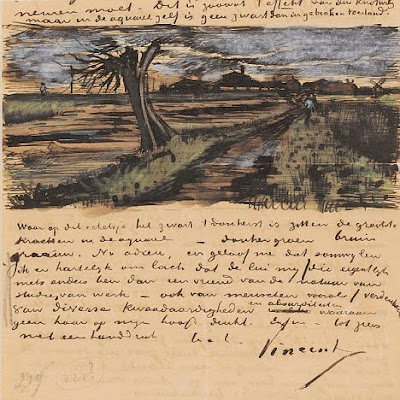 Visitors at the RA were also able to view a letter found in Vincent's pocket after he had shot himself. It is splattered with either paint or blood, and the words that Vincent wrote were: “I risk my life for my own work and my reason has half foundered in it  -” 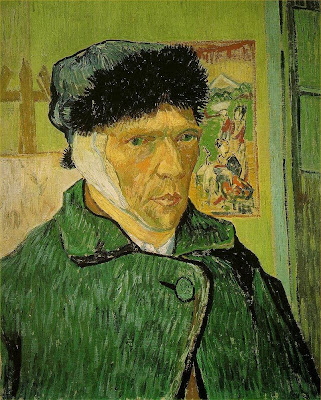 Many of the artist's earlier letters are made up of thoughtful and eloquent prose. We 'see' a cultivated man who is clearly well-read and whose words convey poetic imagery. He describes the light shimmering on the sea -“like a mackerel ... always changing — you don’t always know if it’s green or purple — you don’t always know if it’s blue — because a second later its changing reflection has taken on a pink or grey hue...” 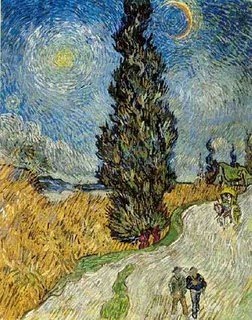 Of his paintings of Cypress trees, he said: "The cypresses still preoccupy me, I’d like to do something with them like the canvases of the sunflowers, because it astonishes me that no one has yet done them as I see them. [The cypress is] beautiful as regards lines and proportions, like an Egyptian obelisk. And the green has such a distinguished quality. It’s the dark patch in a sun-drenched landscape, but it’s one of the most interesting dark notes... they must be seen here against the blue, in the blue, rather."


Imagine talking to the man whose thoughts were so poetically inspired! 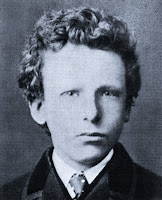 As a young man his first employment was with a firm of art dealers; his profession taking him to England and Paris. But, a series of disappointing affairs along with an increasing dissatisfaction with the unscrupulous art world led him to contemplate life as a preacher - the same profession as his father.

That ambition was doomed to failure when Vincent failed to pass the necessary exams, though he did work as a missionary in Belgium, and there he produced The Potato Eaters - which was his first major painting. Like many of the earlier works, this was not a blazing of light, but suffused in dark and earthy tones which echoed the paintings of Rembrant. Vincent was also influenced by the prints reproduced in English magazines that showed the toil of the working man. He was to purchase a ten-year run of the popular magazine The Graphic, simply to study such gritty scenes which he then attempted to emulate. 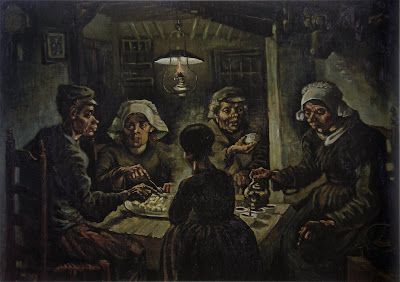 It was when Vincent travelled to the south of France that his obsession with colour began. Inspired by the French Impressionists he had hopes of founding a community of artists, but his sense of inadequacy and increasingly violent mood swings were far from conducive to such harmonious living arrangements. Even so, despite his "sounds and strange voices...that cannot but frighten you beyond measure", the time he went on to spent in an asylum did offer some security. Vincent said that the close proximity of other people similarly afflicted was somehow reassuring. It became his daily routine to set up his easel and paint - either in the hospital gardens or the surrounding countryside, producing swirling images of corn fields and olive groves.

In the few years before his death, Vincent was to move to Arles where he rented 'the Yellow House' - another subject of his paintings, and about which he was to write: "That's a really difficult subject! But I want to conquer it for that very reason. Because it's tremendous, these yellow houses in the sunlight and then the incomparable freshness of the blue." 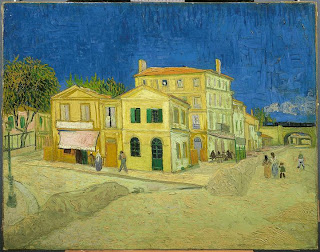 Well, however hard the task, there can be no doubt that Vincent succeeded in his ambition. And, how poignant it is that the art that went unappreciated during the course of his lifetime is now considered to be among the world's most sought-after and lauded. 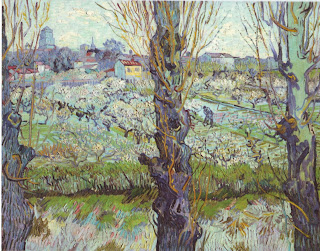 The Real Van Gogh exhibition was curated by Ann Dumas. In this short BBC film you can hear her thoughts and view some more of the works on display.

If you have more interest in the letters of Van Gogh, Thames and Hudson have published them in a six-volume edition of books. They can also be viewed online at http://www.vangoghletters.org/.

The current Tate Britain Exhibition continues until August 11th. It compares his work with that of other artists who either influenced him, or who were influenced by his work in later years.
Posted by Essie Fox at Monday, July 29, 2019