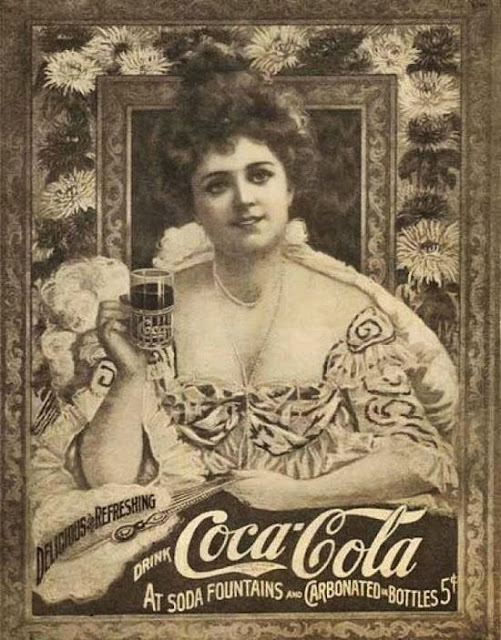 On a hot summer day, should you chance to find yourself sipping an iced Coca-Cola you might like to reflect on the fact that this seemingly modern beverage dates back to the Victorian era - to 1886 to be precise.

It all started when John Pemberton, a pharmacist from Atlanta, experimented one day with concocting a caramel-coloured liquid which proved to be very popular with all of those who sampled it - so much so that the drink was then put on sale in Jacob's Pharmacy at a cost of five cents a glass. 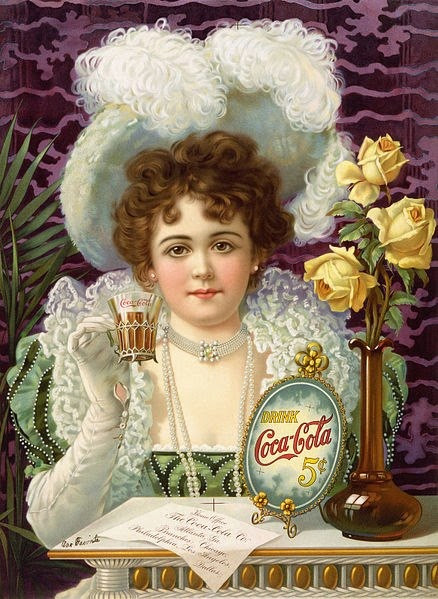 The name of Coca-Cola was created by Frank Robinson who was Mr Pemberton's bookkeeper - and it is Robinson's handwriting that we still see on the product packaging today. 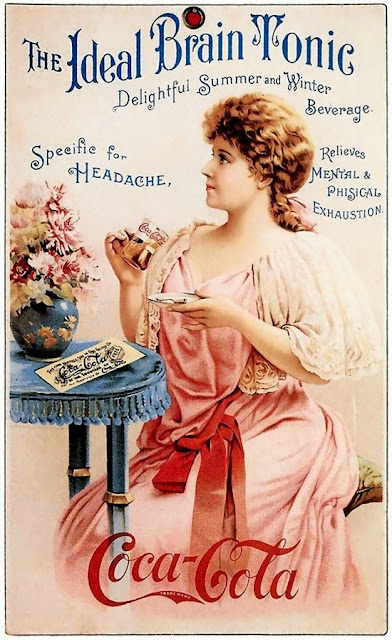 But by 1888, and knowing a good thing when he tasted it, a business man named Asa Griggs Candler secured the selling rights to the brand. Being a skilful marketeer, he promoted Coca-Cola as not only being a recreational drink but also as having medicinal and health-giving qualities. Many customers agreed because, by 1895, Candler had constructed syrup factories in Chicago, Dallas, and Los Angeles. 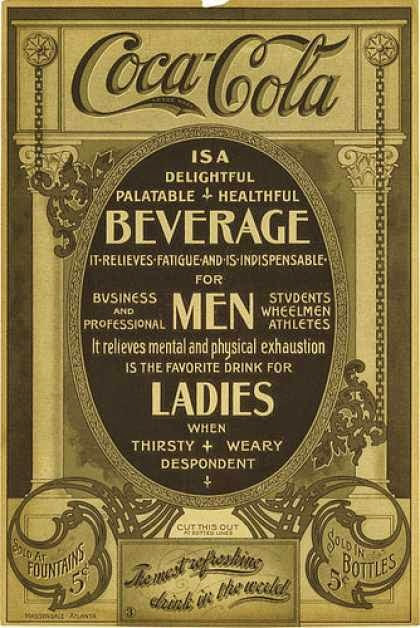 However, Candler did not have the foresight to realise the sales potential in producing the syrup in individual bottles - as suggested in 1894 by a Mississippi businessman called Joseph Biedenharn. And so, in 1899, he allowed the rights for the beverage to be sold in that form for the sum of just one dollar.

The bottles were very popular and many other companies began to imitate the brand, which led to manufacture of the contoured bottle we know today - chosen for its attractive appearance but also to prove that it contained the original and genuine - or real - Cola drink. 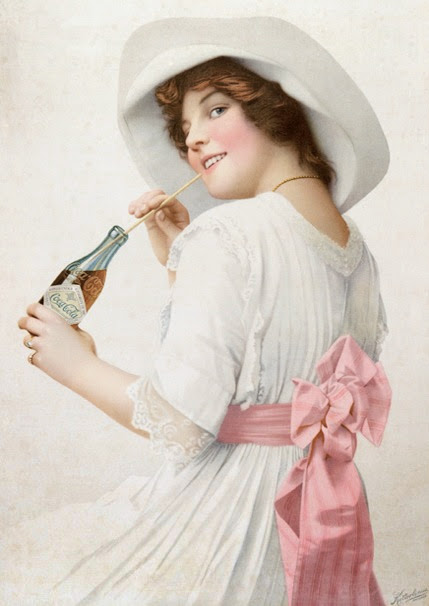 By 1923, Robert Woodruff became the company's president and oversaw remarkable expansion. He even linked Coca-Cola to the US team in the 1928 Olympic Games which were held in Amsterdam. During World War II, Coca-Cola was offered to every serviceman for just five cents a bottle - and many who had not tried it before developed such a taste for the drink that they then continued to purchase it at the full 'peace-time' price.

That war-time enterprise was remarkable for also introducing the drink to many other countries - wherever the US army had been based - until by 1971 Coca-Cola seemed to dominate the world, as depicted in the marketing campaign that created the now infamous TV commercial: I'd Like to Buy the World a Coke.

However, as might be expected, the VV prefers the older form of advertisements that date back to the nineteenth century, and below you can find a small selection of these - 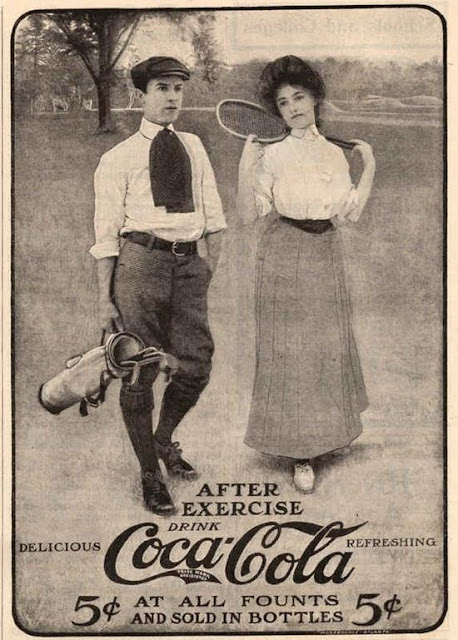 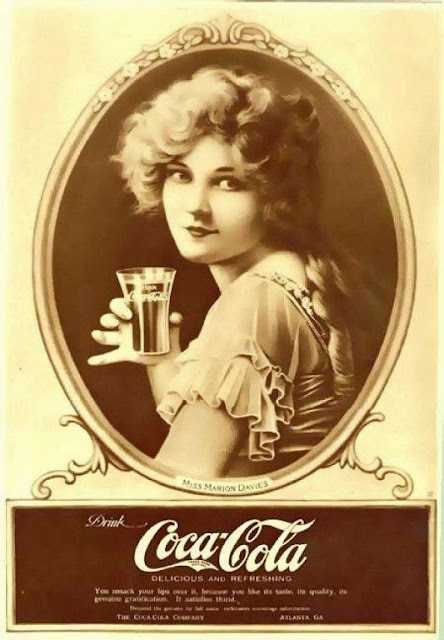 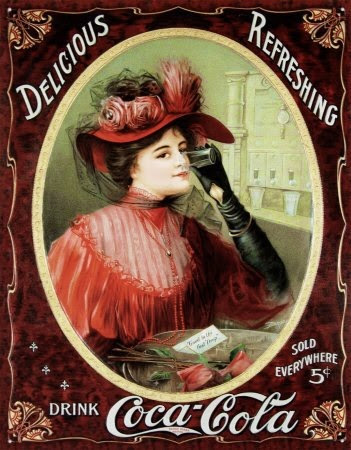 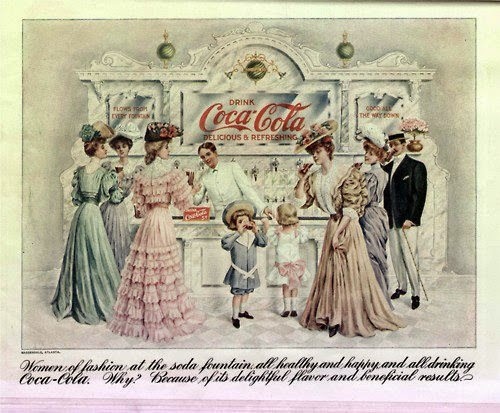 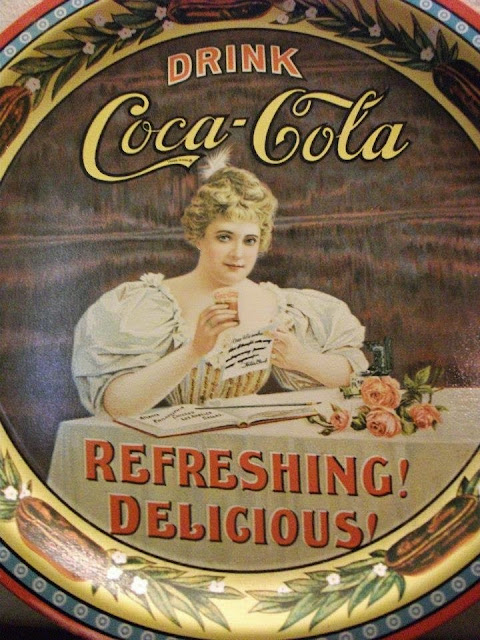 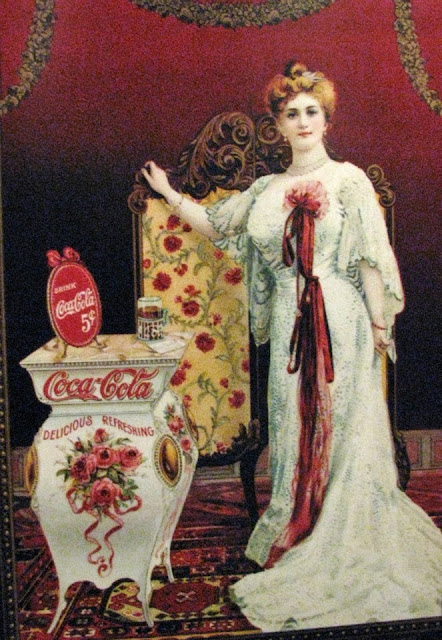 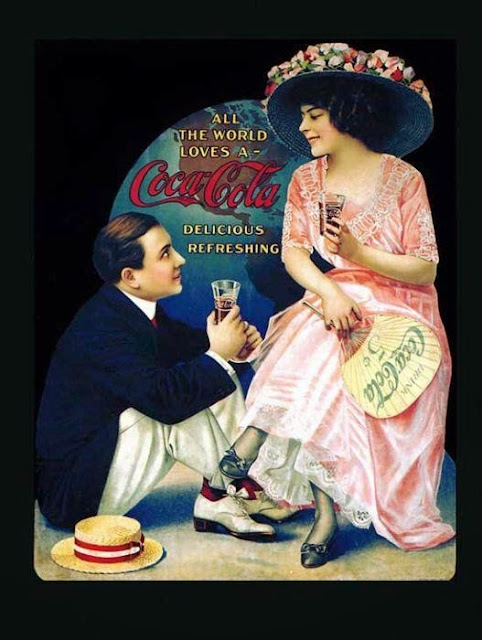 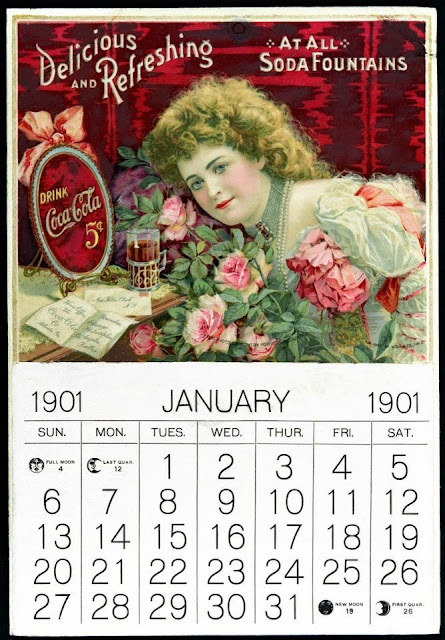 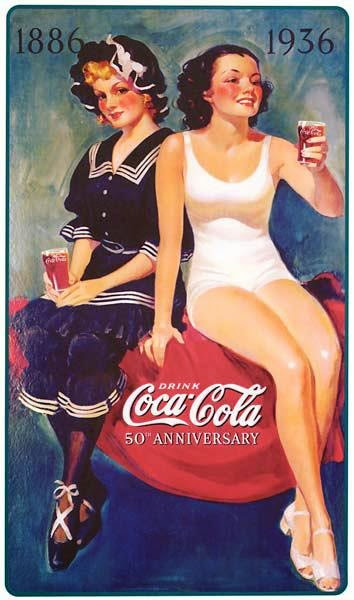 Email ThisBlogThis!Share to TwitterShare to FacebookShare to Pinterest
Labels: COCA-COLA