THE REAL ALICE IN WONDERLAND ... 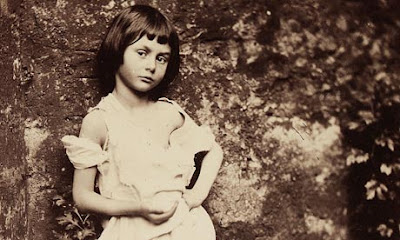 In 1864, Charles Lutwidge Dodgson - a young clergyman and mathematics don at Oxford university - presented a little girl with the unique Christmas gift. A 15,000 word hand-written manuscript. 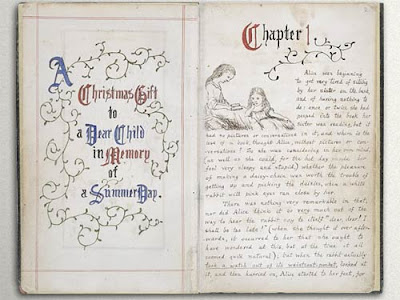 Lovingly adorned with his own illustrations, Alice's Adventures Underground had been conceived during the summer of1862, when Lewis Carroll (as he was soon to be known) had been out on a boating trip with Edith, Lorina, and Alice - the three daughters of Henry George Liddell, the dean of Christ Church college. 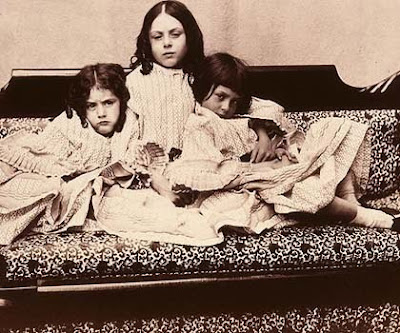 The Liddell sisters, with Alice on the right. Photograph by Lewis Carroll


Alice was Dodgson's favourite. He first met her in the deanery gardens in the April of 1856. The day was later marked in his diary as one of great significance. Carroll was 24 years old - twenty years older than Alice. 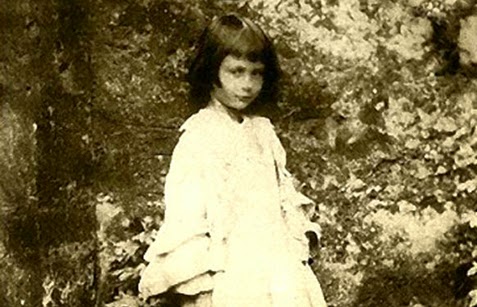 In later years he was to claim that the character of the girl in Alice's Adventures in Wonderland was not based on a real-life child. Even so, there are many references that allude to Alice Liddell.


Alice's birthday was May 4th, and during the scene of the Mad Hatter's tea party we read the following words -

'The Hatter was the first to break the silence. “What day of the month is it?” he said, turning to Alice: he had taken his watch out of his pocket and was looking at it uneasily ... Alice considered a little, and then said, “The Fourth”.'

The epilogue for Through the Looking Glass is in the form of a poem, in which the first letter of every line combines to form the name of Alice Pleasance Liddell -

Children three that nestle near,
Eager eye and willing ear
Pleased a simple tale to hear --

Children yet, the tale to hear,
Eager eye and willing ear,
Lovingly shall nestle near.

Ever drifting down the stream --
Lingering in the golden gleam --
Life what is it but a dream?

'Still she haunts me' - the poem possesses a yearning and dreamlike quality. It is filled with poignant memories of that balmy summer's day when he rowed along the river with Alice and her sisters.

It is a sensitive subject, but Dodgson's interest in young girls is also to be found in many photographs he took; some of which he went on to destroy before his death. Surviving images are held at the National Media Museum and can still be viewed today, though you may need to telephone to make a prior appointment. 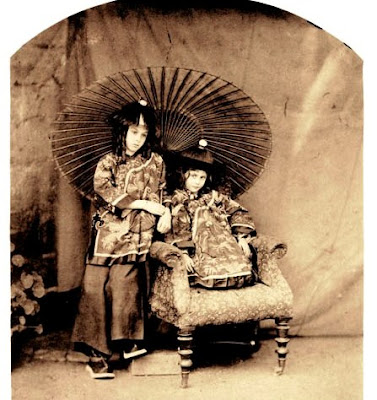 Dodgson also destroyed a page from his diary from 1863, soon after which his close relationship with the entire Liddell family came a sudden end. In later years, his own family explained that Alice's mother had been increasingly unhappy at the young clergyman's keen interest in courting a Miss Pricket, who was her children's governess. Indeed, it is thought by some that the character of the Red Queen in Through the Looking Glass was based upon Miss Pricket, who was described in the following way -

"The Red Queen I pictured as a Fury, but of another type; her passion must be cold and calm; she must be formal and strict, yet not unkindly; pedantic to the tenth degree, the concentrated essence of all governesses!"

So, she was firm and not unkindly, and perhaps he did find her attractive. But when it came to Alice Liddell, he wrote only of disappointment when they met again years later and he felt that she had "changed a great deal and hardly for the better." 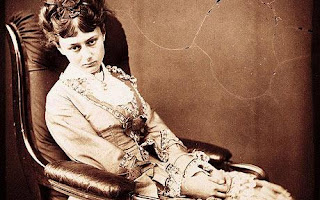 Whatever Dodgson felt about his childhood heroine, Alice Liddell had grown up to be assured and beautiful - so much so that she was courted by Queen Victoria's youngest son when he was studying at Oxford.

The match was not to be. Queen Victoria insisted that Prince Leopold should marry a woman of royal blood. This he did, but it's significant that when he and his wife had a daughter, he called the child Alice. Similarly, when Alice married Richard Hargreaves, another Oxford student - her son was christened Leopold. The prince was his godfather. 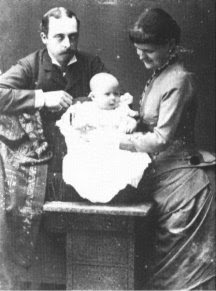 Prince Leopold and his wife, doting on their daughter, Alice.

Despite the loss of her royal love, Alice still went on to become a happy society wife. Only after her husband's death, when she found herself in need, did she resort to selling her original copy of Alice's Adventures Underground.

In 1928 the manuscript was auctioned at Sotheby's and sold for £15,400, which was four times the reserve price.

In 1948 the book changed hands again, purchased by some American businessmen who donated the precious manuscript to the British Museum in Bloomsbury. 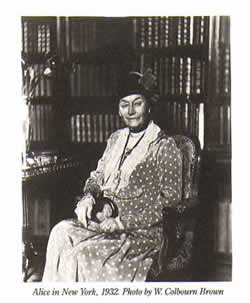 In 1932, to mark the centenary of Lewis Carroll's Alice in Wonderland, Mrs Hargreaves was invited to New York where she received an honorary doctorate from Columbia University. The trip proved to be exciting but also very tiring. She was deluged with letters from 'Alice' fans, and interest from the media.

Alice's death in 1934 was marked by an obituary in The Times. Her ashes were interred in the family tomb in Lyndhurst, in Hampshire, where the following words were inscribed: The grave of Mrs Reginald Hargreaves, the Alice in Lewis Carroll's Alice in Wonderland. 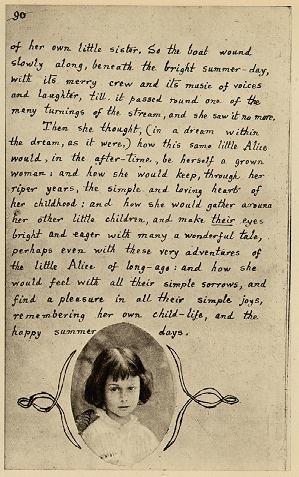 
Dreamchild  (1985) is a film scripted by Dennis Potter with Carroll's imaginary characters realised by the puppeteer, Jim Henson. It tells the story of Alice's journey to a Depression era New York with flashbacks to her privileged Victorian youth when she spent time with Dodgson, who is played by Ian Holm. The part of the older Alice is taken by Coral Browne, who received a London Evening Standard Film Award for Best Actress.
The film is available from the Cult Movie selection at Amazon UK, and it is currently available in a Youtube version. It is enchanting, dark, and heartbreaking. Well worth searching out, and fully deserving to be more widely available for streaming. 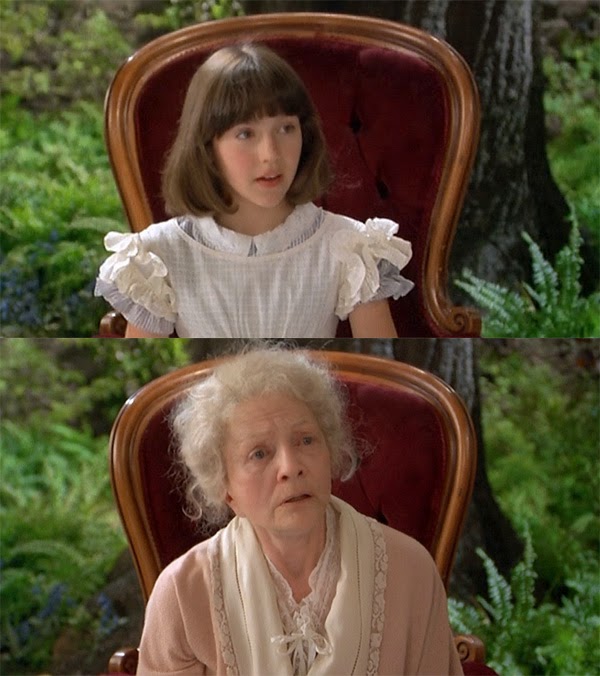