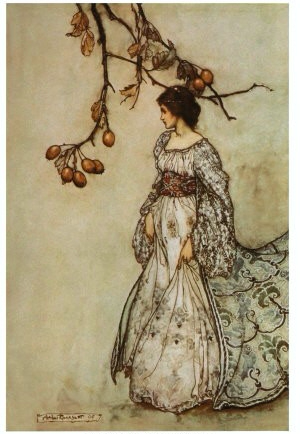 
During the VV's teenage years, instead of pinning posters of pop stars on her walls she had some lovely printed cards, each one with softly rounded corners, and all depicting illustrations designed by Arthur Rackham. 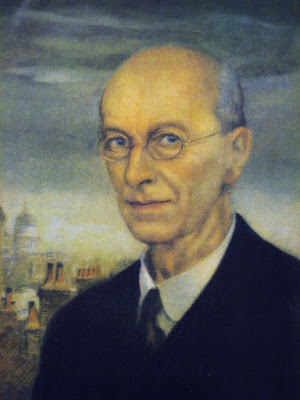 
How serious and respectable the artist looks in this self portrait. More like a stern accountant than the man whose stunning art reflected fairytales and myths. But then perhaps the image fits, for Rackham was employed to be an office clerk at the Westminster Fire Office before enrolling on a part-time course at the Lambeth School of Art. 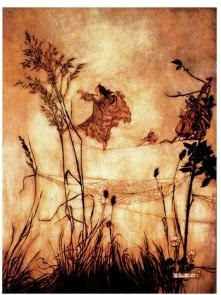 Fairy on a Spider's Web

At the age of twenty-five, Arthur left his office job to work at illustrating books. He devised his own technique, sketching out a pencil outline and then blocking in some colour, before adding india ink to create the finer details. Sometimes this 'sepia' theme would be enhanced with watercolours, gradually building up the layers in almost transparent tints.
He also worked with silhouettes, inspired by Japanese woodblocks. 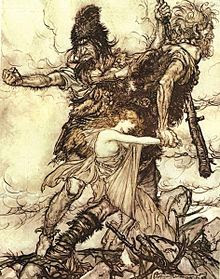 A Japanese influence in this illustration from Das Rhiengold

The film director, Guillermo Del Toro, says that Rackham had inspired some of his finest visual work, most notably the faun in the film Pan's Labyrinth. There is also the tree seen growing through an altar in the film of Hellboy which Del Toro has referred to as being his 'Rackham Tree'. 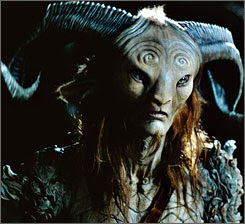 The faun in Pan's Labryinth 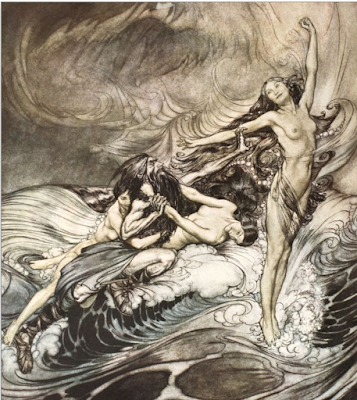 The Rhinemaidens from The Ring


There is a wealth of Rackham's work for anyone to view online. His classic illustrations are reproduced in many books – such the fairy tale collections compiled by the Brother's Grimm - Lewis Carol's Alice in Wonderland - the Romance of King Arthur and His Knights of the Round Table - the book of English Fairy Tales - or Peter Pan - and then The Ring - which is to touch on but a few. Do you have a favourite book? 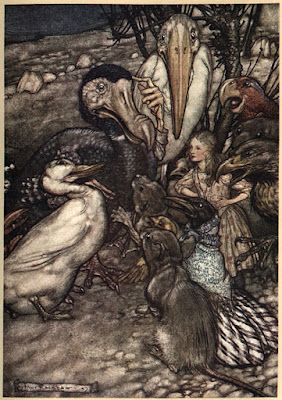